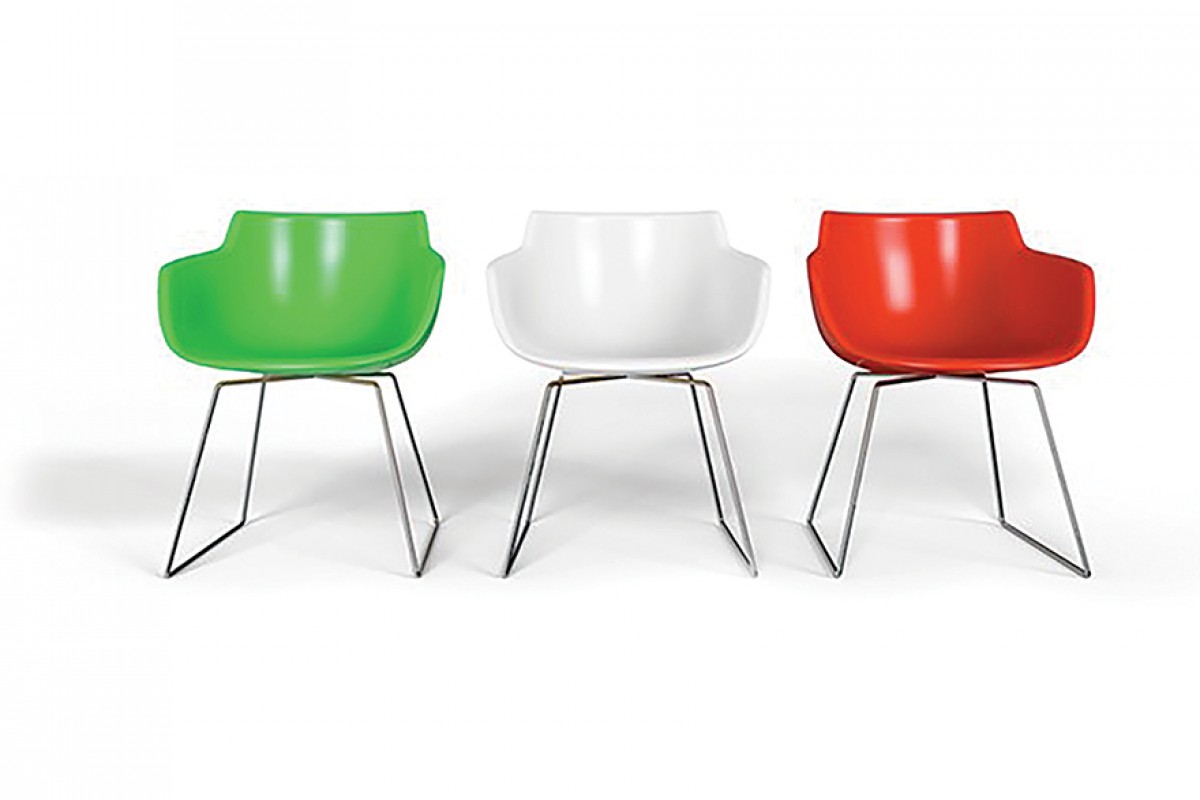 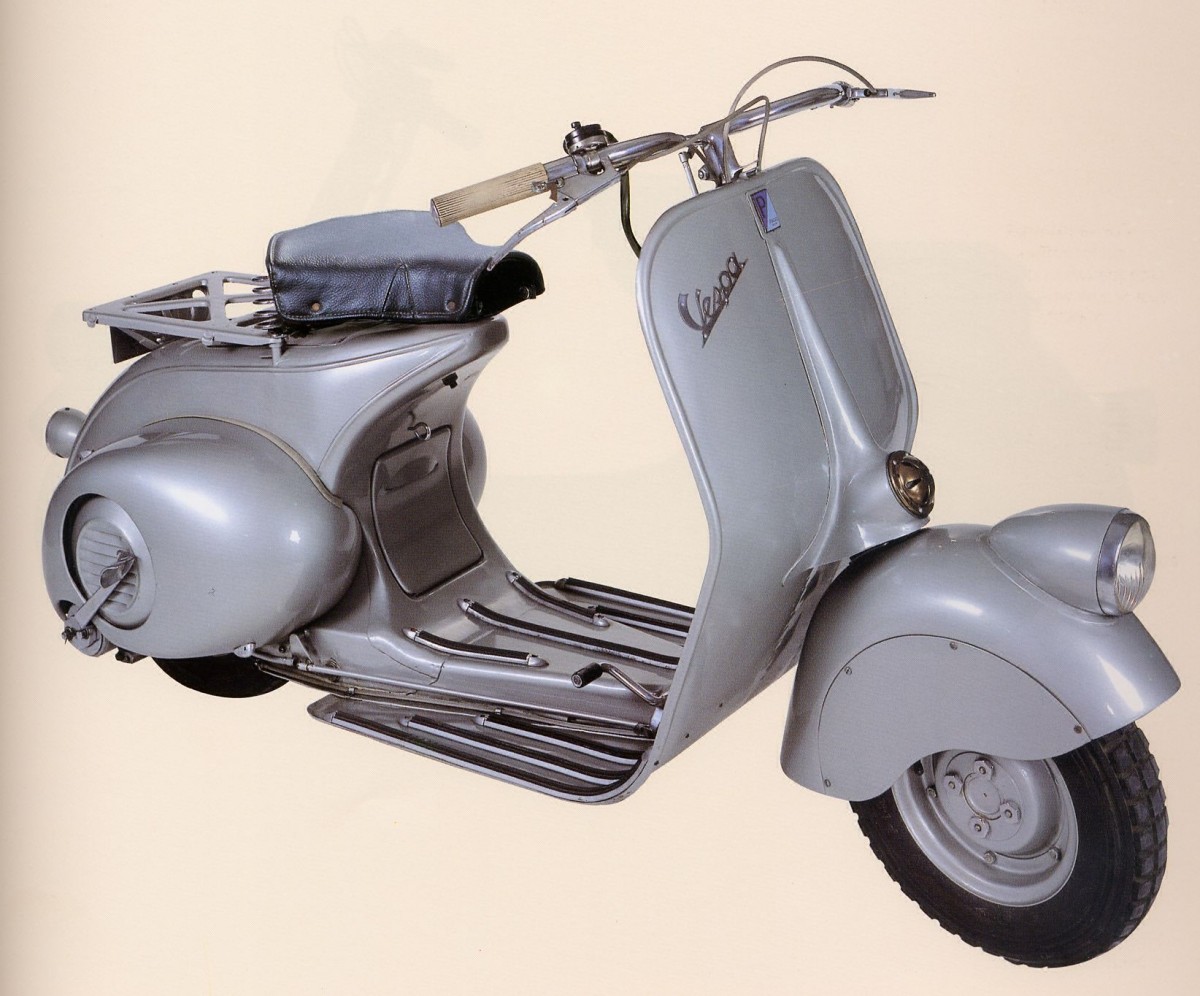 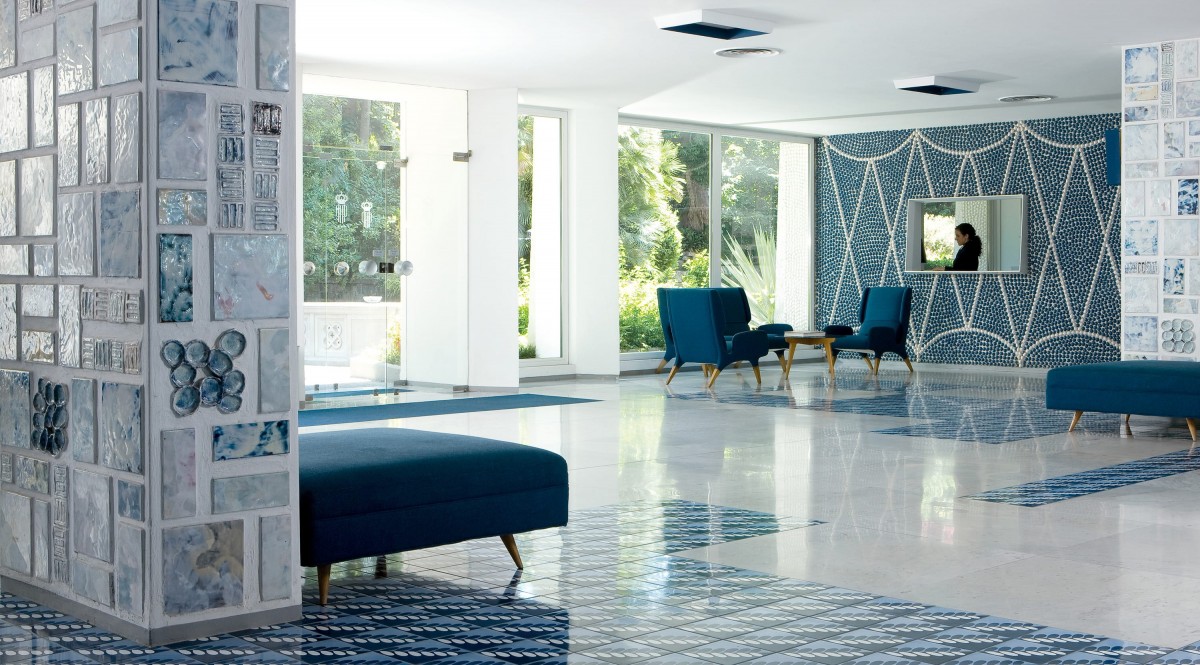 It is easy to combine the words ‘icon + Italian + design’. For the short catalogue under this title we have chosen objects from the last decades, on / in which we certainly want to sit.

Vespa 98 is the first scooter of Vespa Piaggio and was immortalized by the director William Wyler and the actors Audrey Hepburn and Gregory Peck in a one-minute scene from the movie ‘Roman Holiday’.

Before World War II, the factory of Enrico Piaggio manufactured locomotives and wagons. Post-war Italy went bankrupt, there were no train orders and Signor Piaggio offered it a completely different, individual, comfortable and modest means of transportation – a scooter! The small Vespa quickly became the favorite transportation means of the Apennines, and for the 1947 model, there was a list of 16 000 waiting buyers...  Thanks to Vespa, young people could be independent, work away from home and be proud of their small but definitely beautiful scooter.

Twenty years after the resounding success of Vespa, the Piaggio portfolio swelled, and in 1964 the Aviation and Motoring Departments became independent companies. Piaggio Aero acquired the status of a preferred supplier for customers with good taste and attraction to private air travel.

According to Gio Ponti, the superlight chair ‘without adjectives” explores the boundaries of construction. Its thin wooden legs have a triangular, not the usual quadrangular cross-section, the backrest is minimal but effective, the seat is knitted of hemp rope and costs a little...

The prototype is a popular 19th-century Ligurian chair, whose Ponti shape was reduced, achieving lightness and elegance with simple materials and classical technology to meet the needs of the recovering post-war furniture market and the changing and more mobile Italian lifestyle valuing lightness.

Ghibli is a dry southeast wind in the Libyan desert that has given its name to the car designed by Maserati after they abandoned the racetracks in the 1950s. Ranked by the Sports Car International magazine as one of the top ten best sports cars of the 1960s, Ghibli АМ115 surpasses Ferrari Daytona and Lamborghini Miura in sales. The model has submersible headlights, completely leather seats and cast aluminum wheel rims; it sells as a 2+2 coupe with two doors. The body with a shark’s nose is the work of the car designer Giorgetto Giugiaro, at that time part of the car design studio Carrozzeria Ghia SpA, which existed from 1916 to 2001. The studio Ghia created collectors’s models such as Cadillac Ghia of 1953, donated by the playboy Aly Khan to Rita Hayworth to save their marriage. History shows that the gift was preserved, but the married was not.

At the time when Mario Bellini created the CAB chair, no one had yet achieved the illusion of a saddle leather construction. Around a metal skeleton, Bellini added sixteen individually shaped and painted pieces of calf skin, which were sewn to each other after more than ten stages of manual processing. CAB is a favorite chair both in meeting rooms and in comfortable homes, because of the eccentric promise of adventure and the classic simplicity of form.

La Carrera is a brand of Italian racing bikes, but in Toronto a specialized bike shop is known under this name, which hired one of the leading Italian manufacturers of road bikes -  Colnago, together with the graphite-artists Futura 2000 and Stash, to make 33 specially decorated frames Colnago Master Pista for the artistic action ‘Look Ma! No Brakes!’

Ernesto Colnago began producing road bikes in the 1950s in Cambiago near Milan. In 1989, 35 years after the company was founded, Colnago, in collaboration with Ferrari, launched the first all-carbon frame for a road bike with the name Colnago C35. At that time, Ferrari was already incorporating carbon details into Formula 1 cars.

It is interesting that for Colnago’s project ‘Look, Ma! No Brakes!’ track frames, not road frames were ordered, although the strength of the company were the latter. There are five prototypes of the frame that Futura 2000 and Stash have worked on, and they are for road bikes. One piece with gilded elements is currently selling for 25 000 euros.