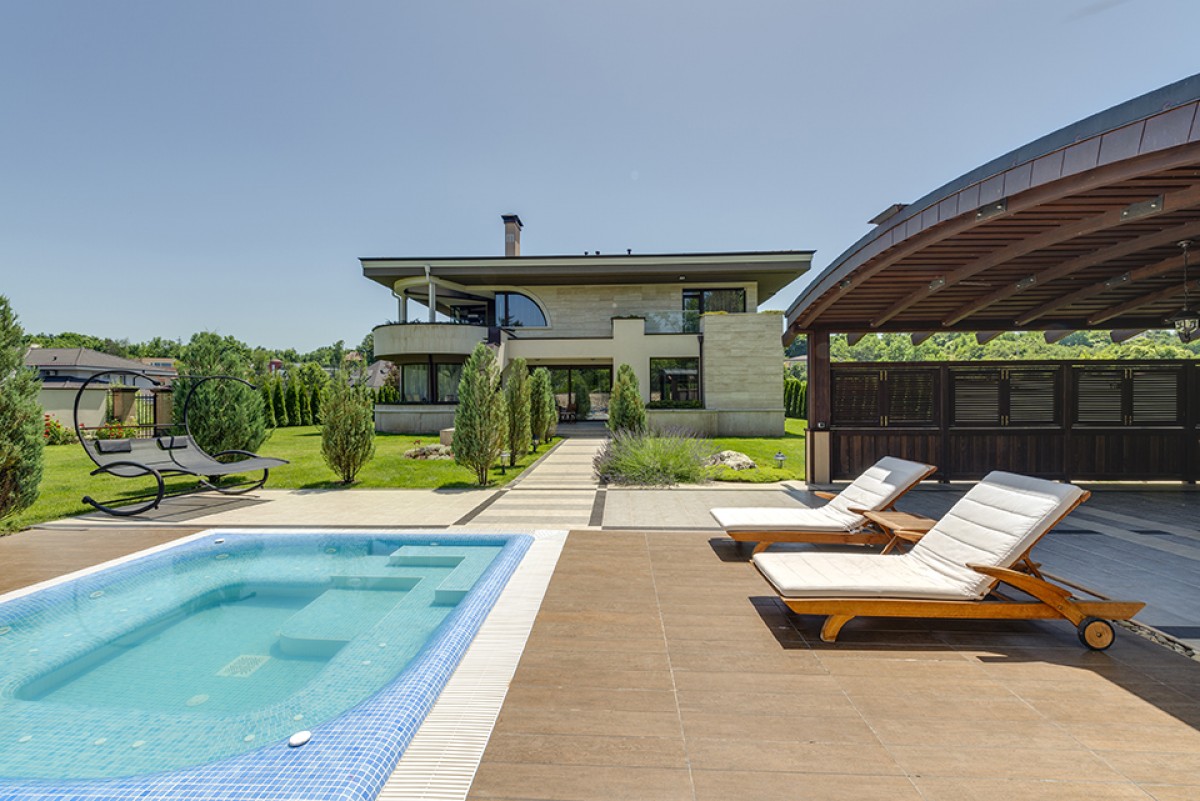 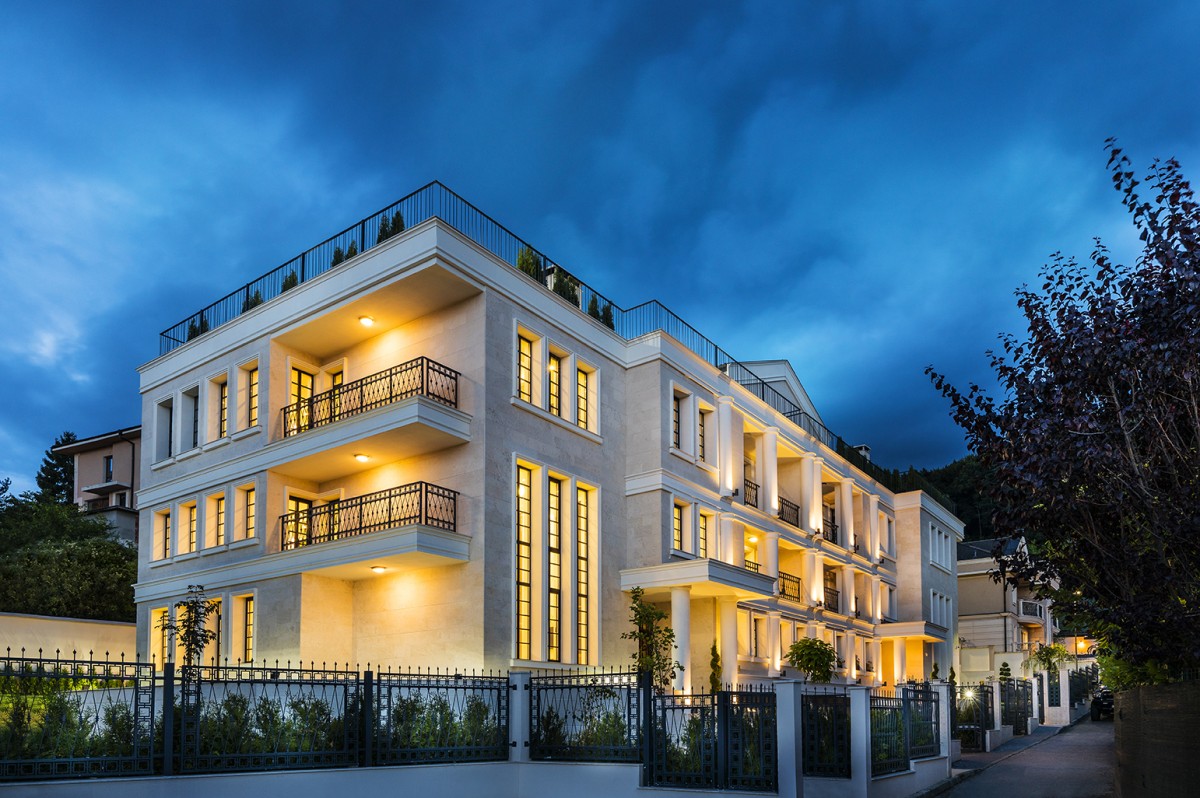 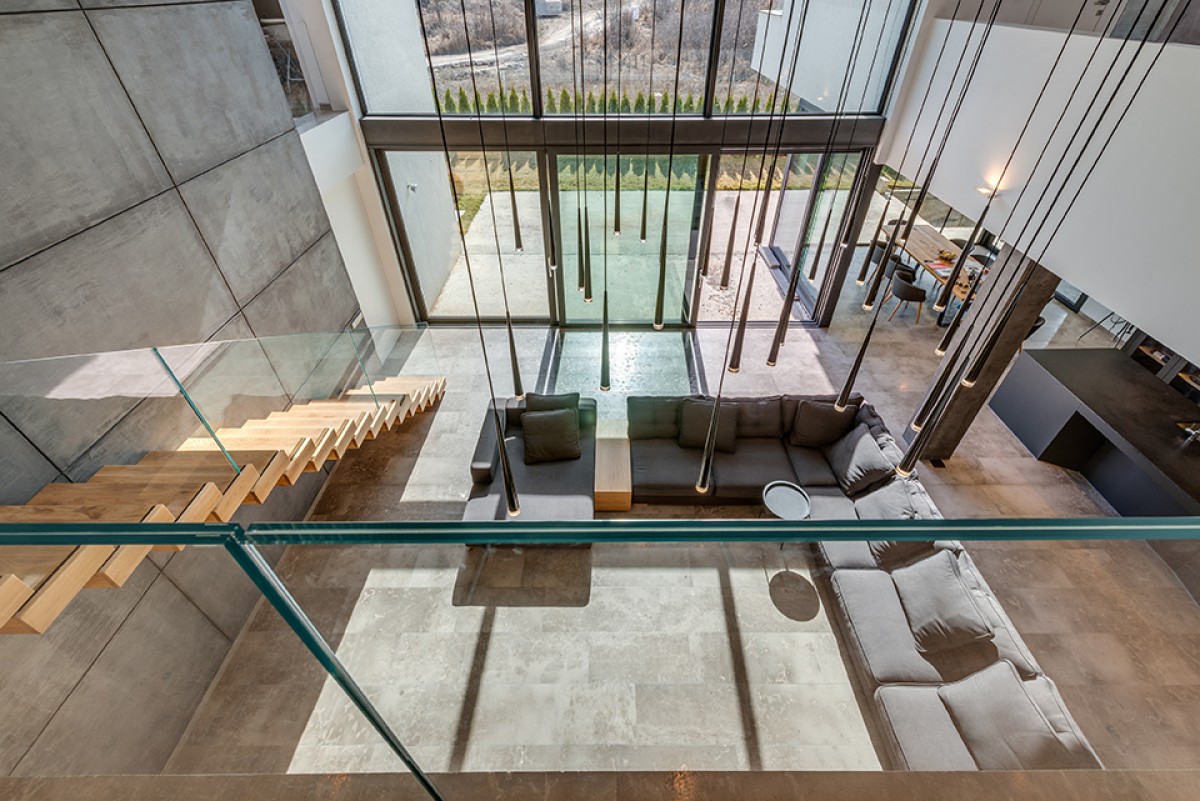 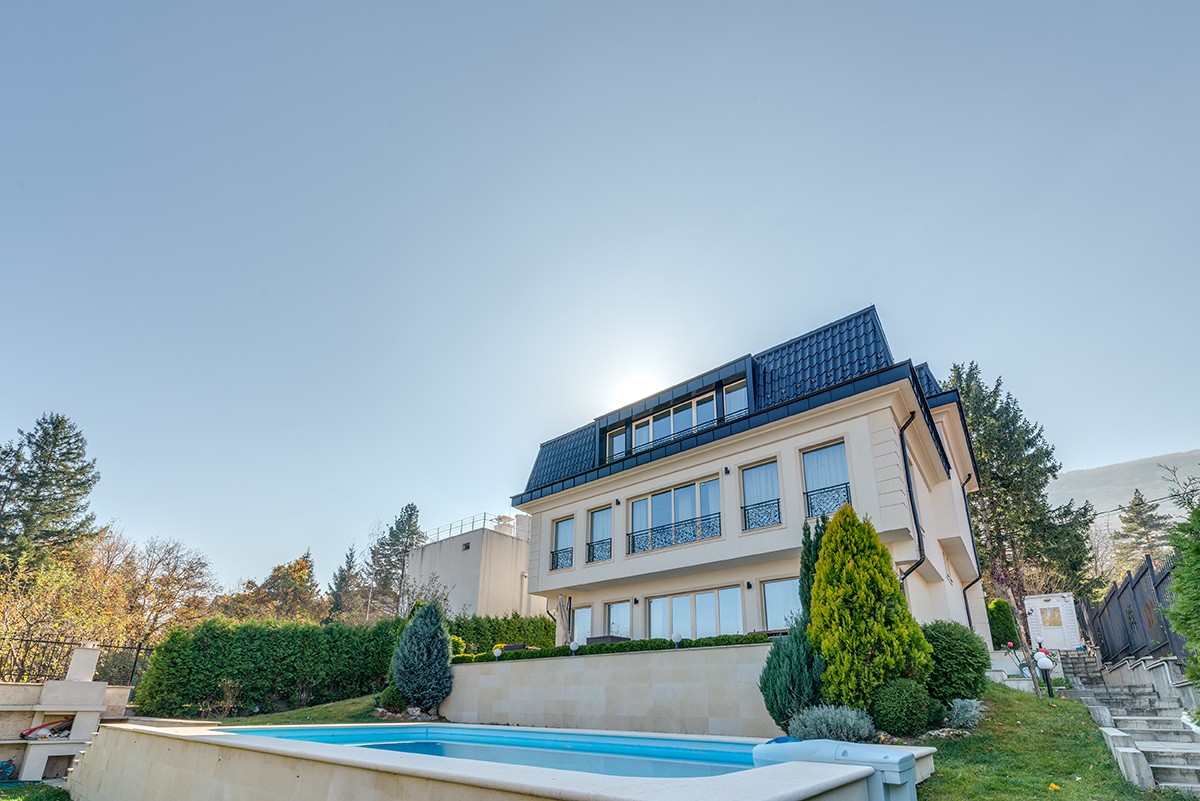 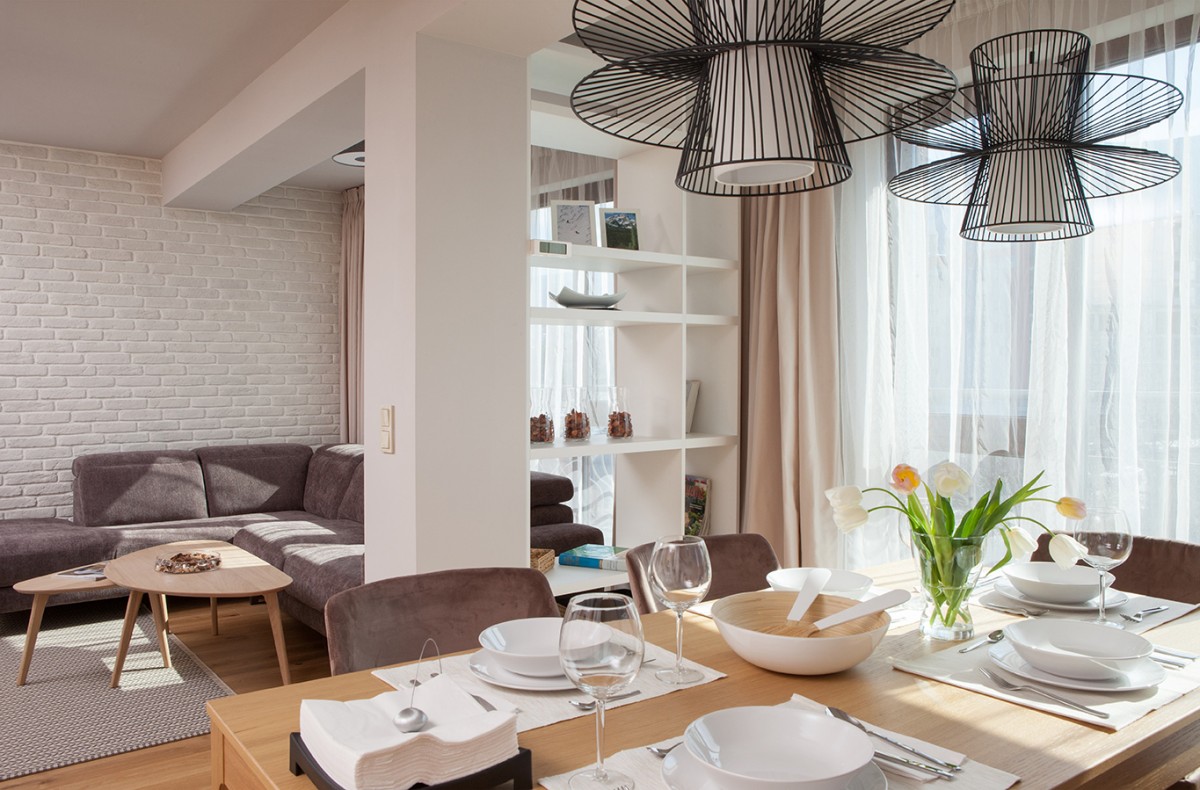 The growth of supply in the context of moderate demand has put pressure on the luxury real estate market in the first half of 2019. After the increase in the previous years, the correction of prices in the luxury segment is already a fact, the number and amount of discounts on transactions also increase, according to Unique Estates’s data.

The situation in the luxury real estate market is currently in favour of the buyers, and the company's forecast is for stability in this trend at least until the end of the year. The increasing number of inquiries and transactions is a good sign which shows that prices are close to market levels.

The luxury real estate market registered strong activity in the first half of 2019, supported by continued economic growth, low interest rates and the boom in the credit market. Demand for housing needs remains leading, while the limited potential for price increases and the increased supply of the rental market cools buyers' desire for investment and speculative deals.

Traditionally, luxury property buyers prefer areas like the centre of Sofia and established neighborhoods such as Lozenets. The largest number of transactions in the first half of the year were registered in these parts of the capital. However there are new neighborhoods, such as Krastova Vada and Manastirski Livadi, emergening in the high segment of the housing market.

"After real estates’ prices in downtown Sofia reached unrealistically high levels last year, there have been some adjustments during this year and this stimulates the purchases. In Lozenets, price levels have remained virtually unchanged during the recent months, but we expect more significant growth with the emergence of new projects by well-established companies such as BLD and Bigla 3, ”said Svetoslava Georgieva, Unique Estates’ Chief Operations Officer.

In the area of Manastirski Livadi the prices of finished and luxuriously furnished dwellings are about 1500 EUR per sq. m, while in the closed complexes on Bulgaria Boulevard such properties may exceed 2000 Euro per sq. m. Among the advantages of the neighborhood is the proximity to Vitosha mountain and at the same time - to one of the main boulevards in Sofia and its office area. As construction activity grows in this part of Sofia, there are some infrastructure improvement measures already under way. This is also a prerequisite for growing interest in purchasing. The situation is similar in the Krastova Vada district, where the construction of a metro station and the formation of a large commercial and office area stimulated housing construction.

While the suburbs in southern Sofia are preferred areas for buying high-end apartments, the Vitosha collar stays mainly in the lookout for those who search for houses. Unique Estates’data show that over 70% of house sales in the last year and a half have been registered in this part of Sofia.

"With the emergence of closed complexes, the neighborhoods at the foot of Vitosha mountain have developed into an apartment location. However, buyers recognize Boyana, Simeonovo, Dragalevtsi and the area around the Kambanite district as emblematic places to buy a house. While for apartments they head to the neighborhoods within the compact city, partly because of the better communication,” Svetoslava Georgieva summarized.

There has been an average 12% drop in the prices of luxury properties in Sofia during the past six months, compared to the same period of the previous year. The most significant share in the decrease in sales levels are the properties in the center and in Iztok neighbourhood, while in districts such as Lozenets and Krastova Vada the price levels remain around those of last year.

In the first half of 2019, the share of discount in sales increased as well as the size of the discounts themselves. While 64% of high-end house and apartment sales were lower than the offer price in the first half of 2018, their share rose to 72% during the same period in 2019, Unique Estates’ statistics show.

It is also noteworthy that the discounts in 2019 were higher. If in the first half of the previous year they were up to 5%, during the same period of 2019, the largest share falls on transactions with more than 5 % discount. Unique Estates’ data show that every second sale for the past six months was priced at over 5% below the offer price. Accordingly, the amount of discounts this year rose to an average of 9.1% from 6.2% in the first half of 2018. At the same time, the company statistics show an increase in inquiries and deals in the six months of 2019, which is an indication of an active market and reasonable price levels.

"The development is normal at the moment, given that there have been many offers in 2018 with significantly higher initial prices. This led to a slowdown in the second half of the year and imposed price adjustments that we are currently witnessing. At the same time, the tendency this year is for buyers to be the leading party in the negotiations, which further puts price levels under pressure, "said Svetoslava Georgieva.

For the first half of 2019 most of the discounts happen to be on house transactions. The reason is the smaller volume of this segment and the fact that in many cases these are really unique properties that are being sold. The lack of sufficient analogues makes it more difficult to determine the original price and, accordingly, the likelihood of adjustments in the course of negotiations is higher than the sale of apartments.

There has been a serious activity observed in the luxury real estate rental market in the first half of 2019. Unique Estates figures show a 50% increase in deals, with leading areas traditionally being the Doctor's Monument, Lozenets and the center of Sofia. The explanation is the large number of luxury real estate investment deals in these areas during the recent years and that many of these properties are being offered for rent.

Among the active neighborhoods for the first half of 2019 in this segment is again Manastirski Livadi. The most significant tenants interest is in the buildings near Bulgaria Boulevard, where there is a serious amount of apartments offered for rent that have been purchased for investment purposes. Among the advantages for tenants are the availability of parking spaces, the assets of new construction and the proximity to large office areas.

In terms of price levels, the market does not change, with the average rent of an apartment in the range of 7.5-8 EUR per sq. m. On the other hand, the period during which the properties remain on the market increases, with some offers being delayed for more than 6 months. The reasons are the increased supply and in many cases the unrealistic expectations of the landlors. In these cases Unique Estates advises the landlords to rethink their price levels in order to have a deal.