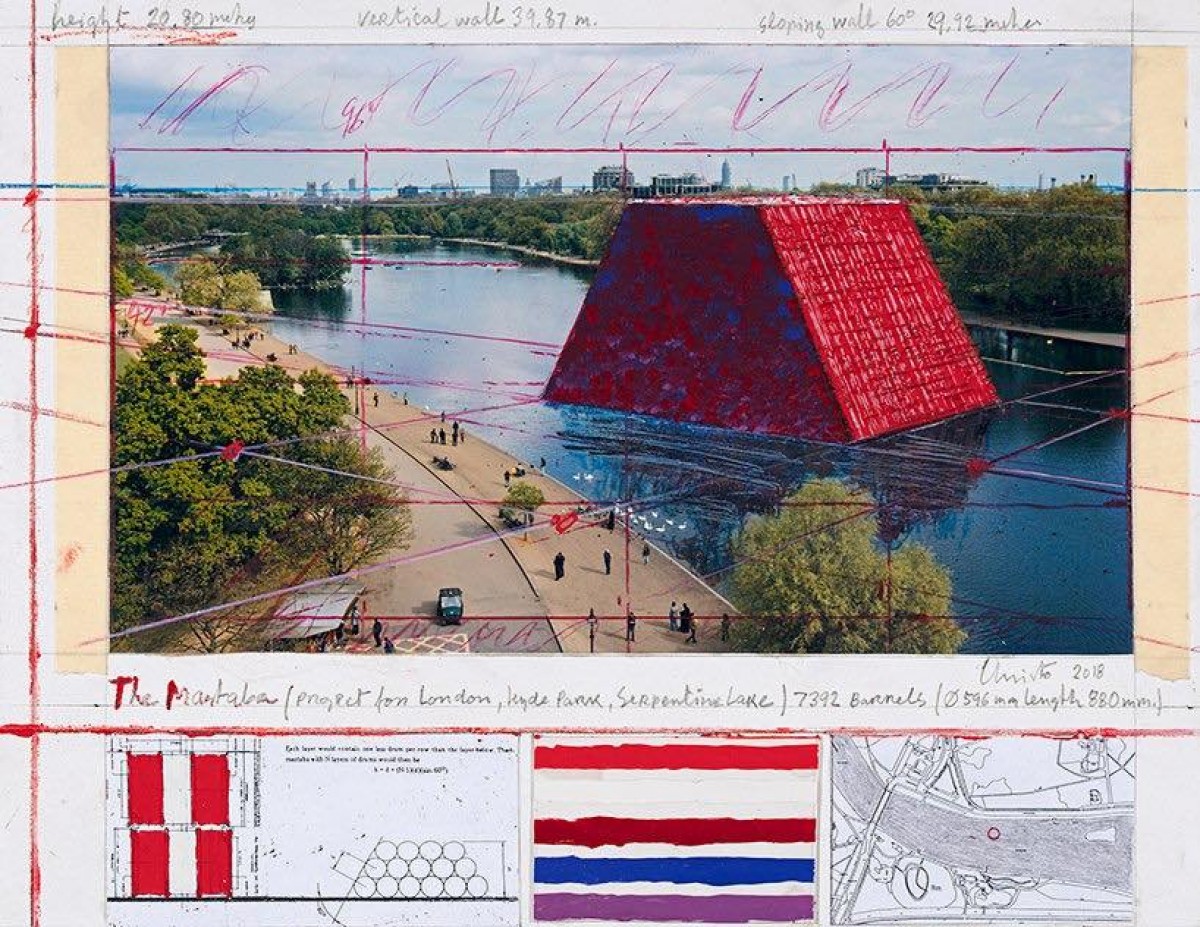 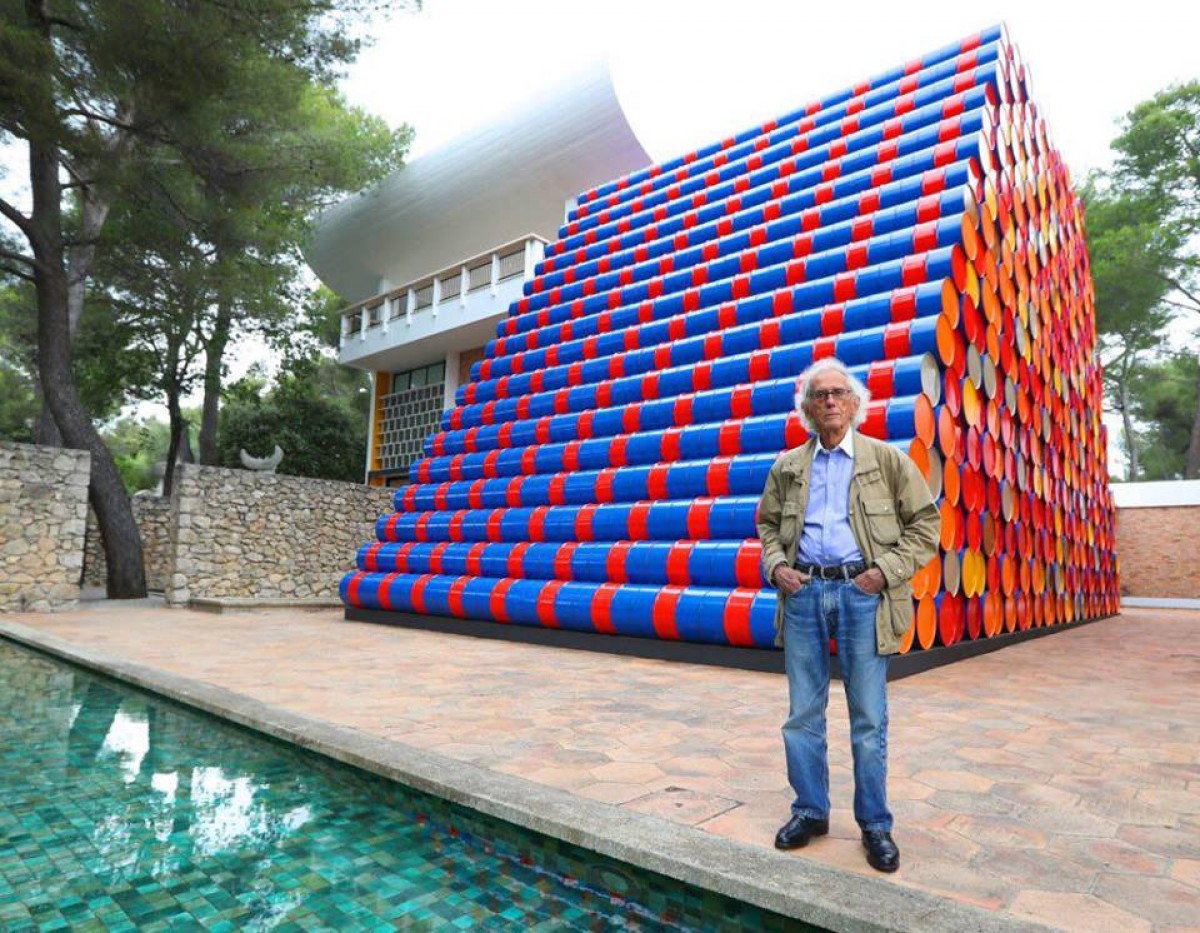 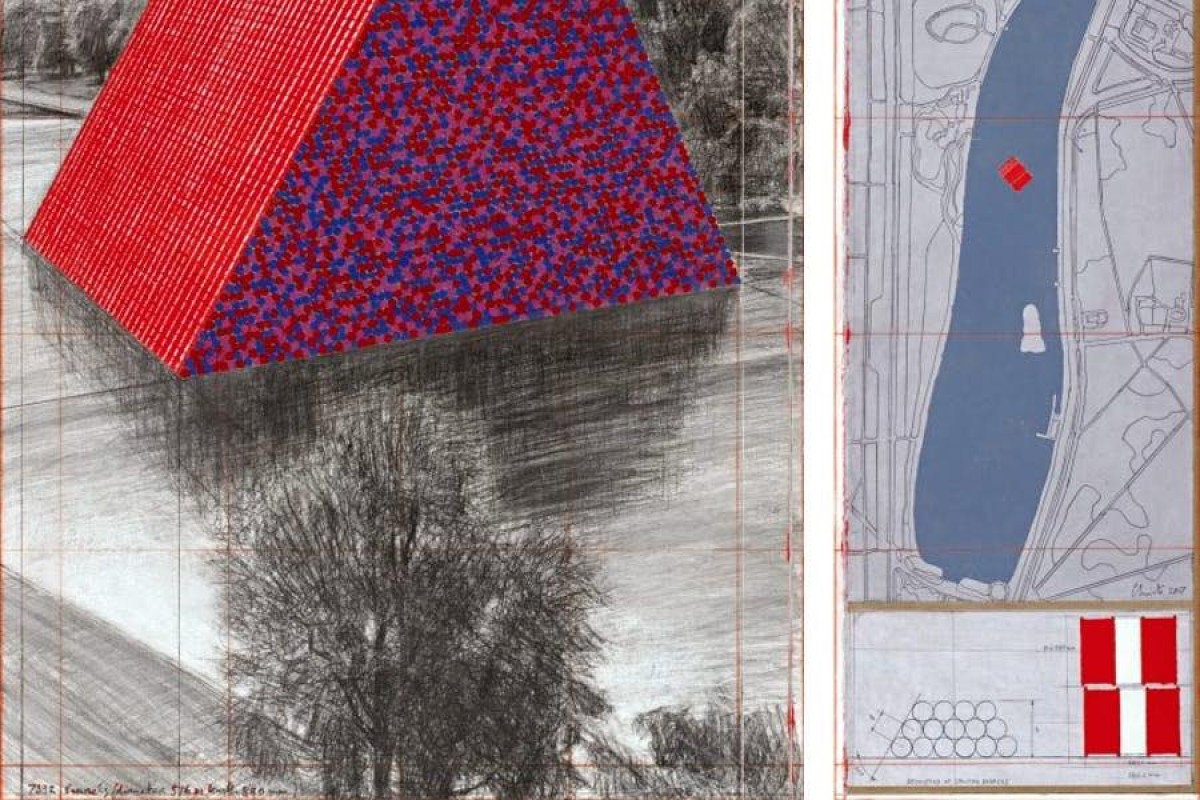 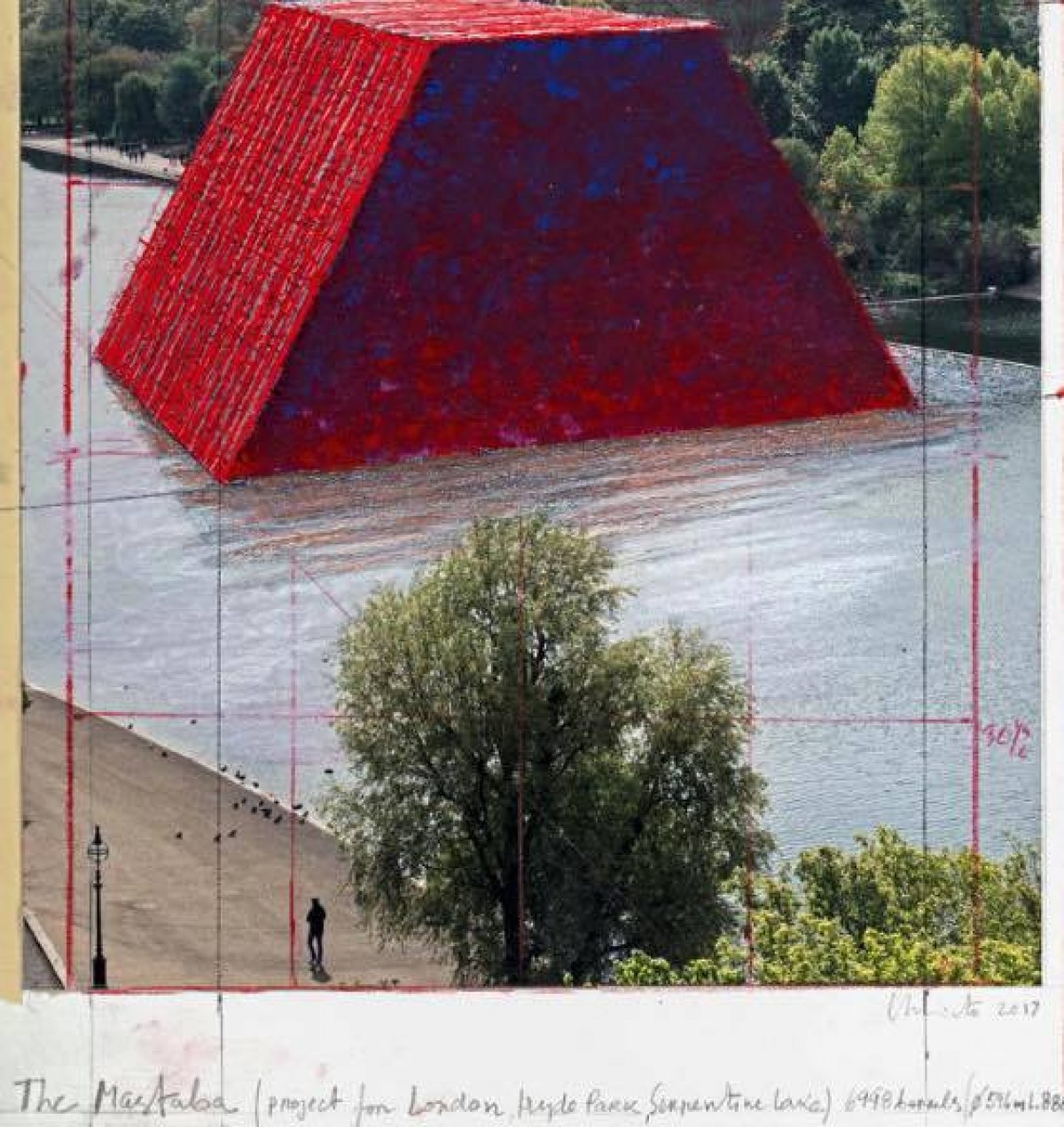 After he made 1.2 million people from all over the world walk on the waters of Lake Iseo in Italy, about two years ago, Bulgaria-born Christo Vladimirov Javacheff is heading to the UK with 7,506 barrels. The artist's newest work of art will once again be put on water. This time the floating structure will be floating in Lake Sherpentin, at London's Hyde Park.

This is his first great British work:  a giant stack of 55-gallon barrels, numbering 7,506 in all, will rise to a height of 20 meters from the surface of the water. This new sculpture will be called Mastaba. "The mastaba is a very ancient form," explains Christo. "Originated from Mesopotamia, from the time people moved from villages to towns. It was known as the shape of a bench placed in front of the first urban Mesopotamian homes. Later, it refers to the tombs of the pharaohs. It is a trapezoidal prism whose walls are always under 60 degrees from the horizon, "he explains. As well as being 20 metres tall, the Mastaba will be 30 metres wide and 40 metres long. The sculpture will rest on a floating platform made of high-density polyethylene cubes anchored to the lakebed. The barrels visible on the top and the two slanted walls will be painted red and white; while the ends of the barrels visible on the two vertical walls will be painted red, blue and purple.

When asked whether this is an allegory of the west’s oil dependency, an indictment of how we’re polluting the planet, or both, Christo answers: “I have no reason to justify myself as an artist. I cannot explain my art. Everything I do professionally is irrational and useless. I make things that have no function – except maybe to make pleasure.“ There will be no tickets, reservations, and owners for the London project. It will belong to everyone until it disappears. This will be a landmark for several months. Christo and his wife Jeanne-Claude, with whom he collaborated for 35 years until her death in 2009, have always created temporary works. “Artists – and above all architects – seek permanence, I don’t. I like leaving nothing. That takes courage.”

The artistic couple has often worked with barrels because of their sculptural effect and low cost. When asked whether the London Mastaba is a joint project, Christo answers: "Yes, the form of mastaba is something we have been working on for years." At the Serpentine Gallery throughout the summer, there will be a show of Christo and Jeanne-Claude’s drawings and collages, including those for their long-nurtured plan for an even bigger mastaba 100 miles outside Abu Dhabi. For this mastaba, which would comprise 410,000 barrels and be permanent, the couple negotiated with sheikhs and enlisted the help of French foreign ministers and former US secretary of state Madeleine Albright. So far it hasn’t got the go-ahead, but that doesn’t seem to stop Christo talking about it optimistically.

“It will be 150 metres high,” he says. By my reckoning, that would make it 11 metres taller than the Great Pyramid at Giza. “We have worked out that the footprint of the mastaba will be the size of the Vatican Square in Rome. Nothing in the world has ever been built like that.” He pauses. “It will be like the Eiffel Tower in the desert.”

Christo and Jeanne-Claude is at the Serpentine, London, from 19 June. The London Mastaba will be completed by June.