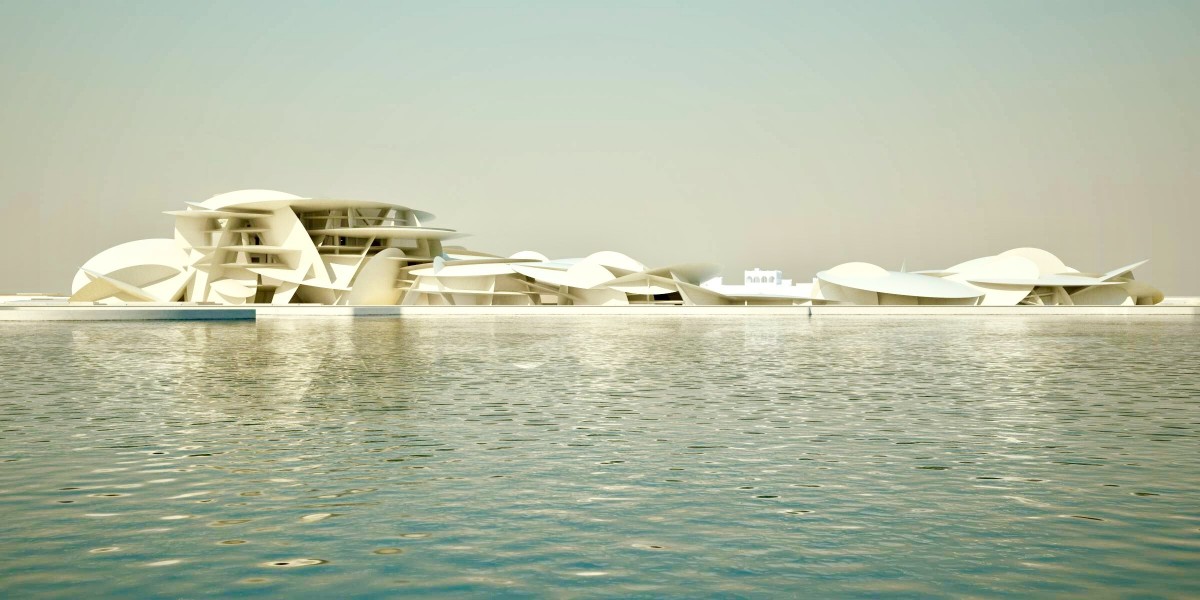 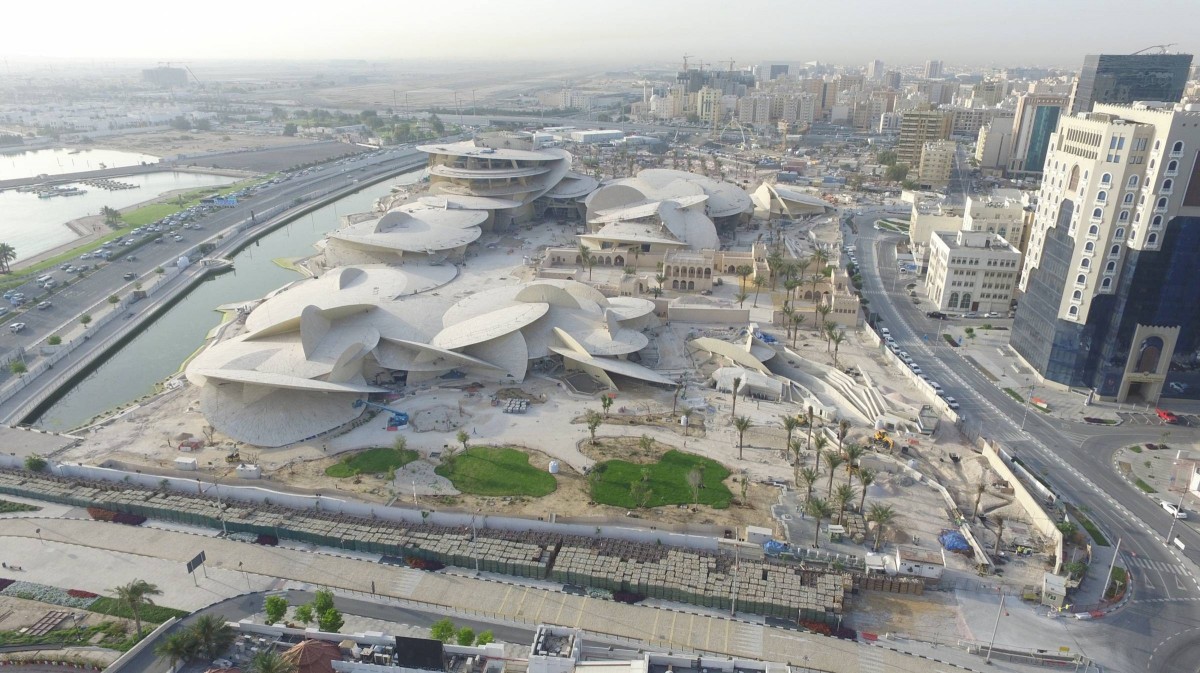 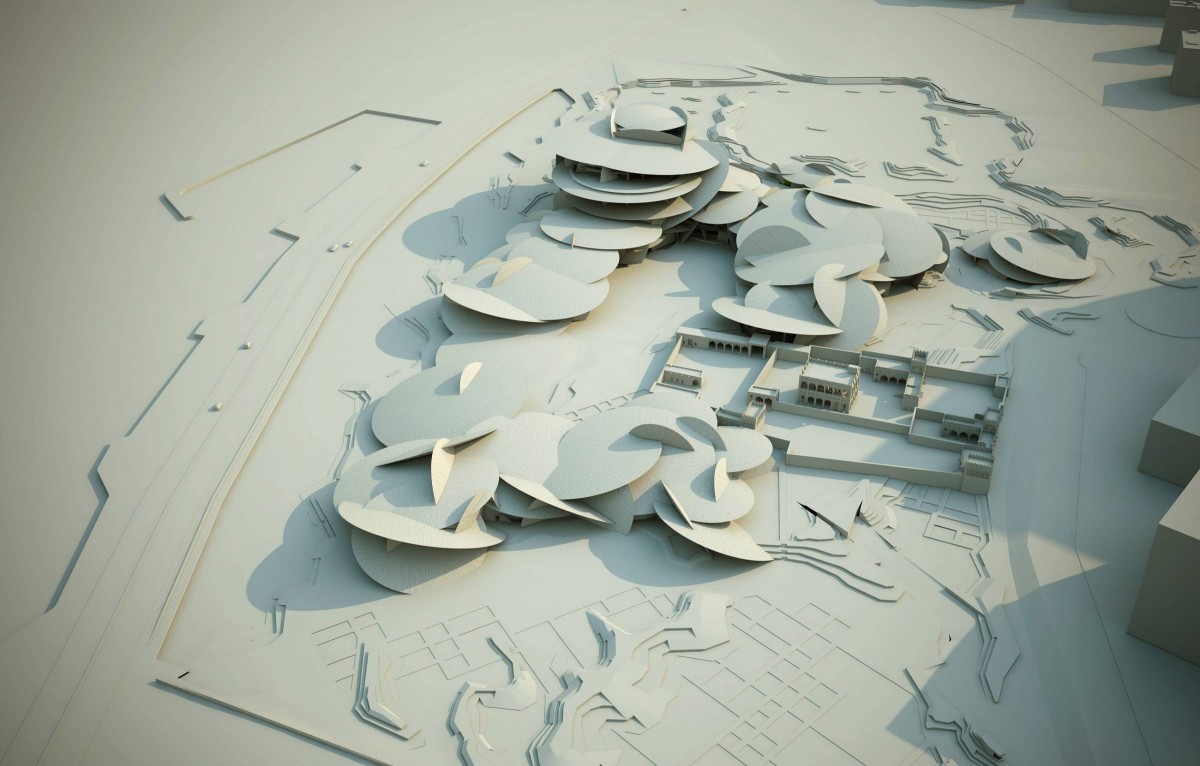 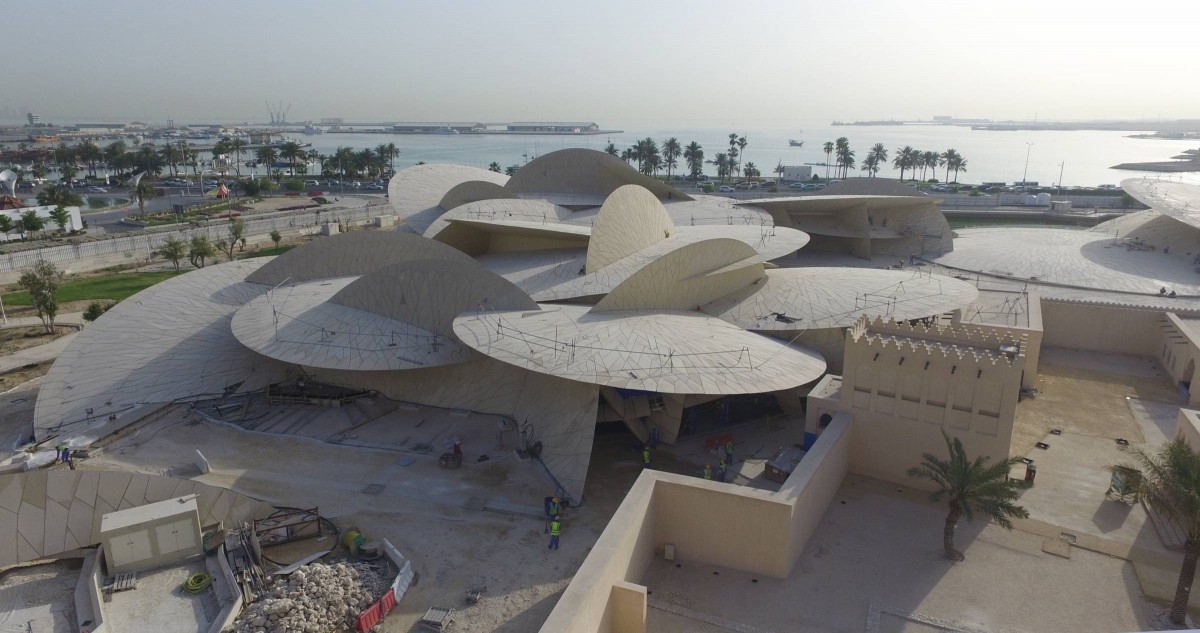 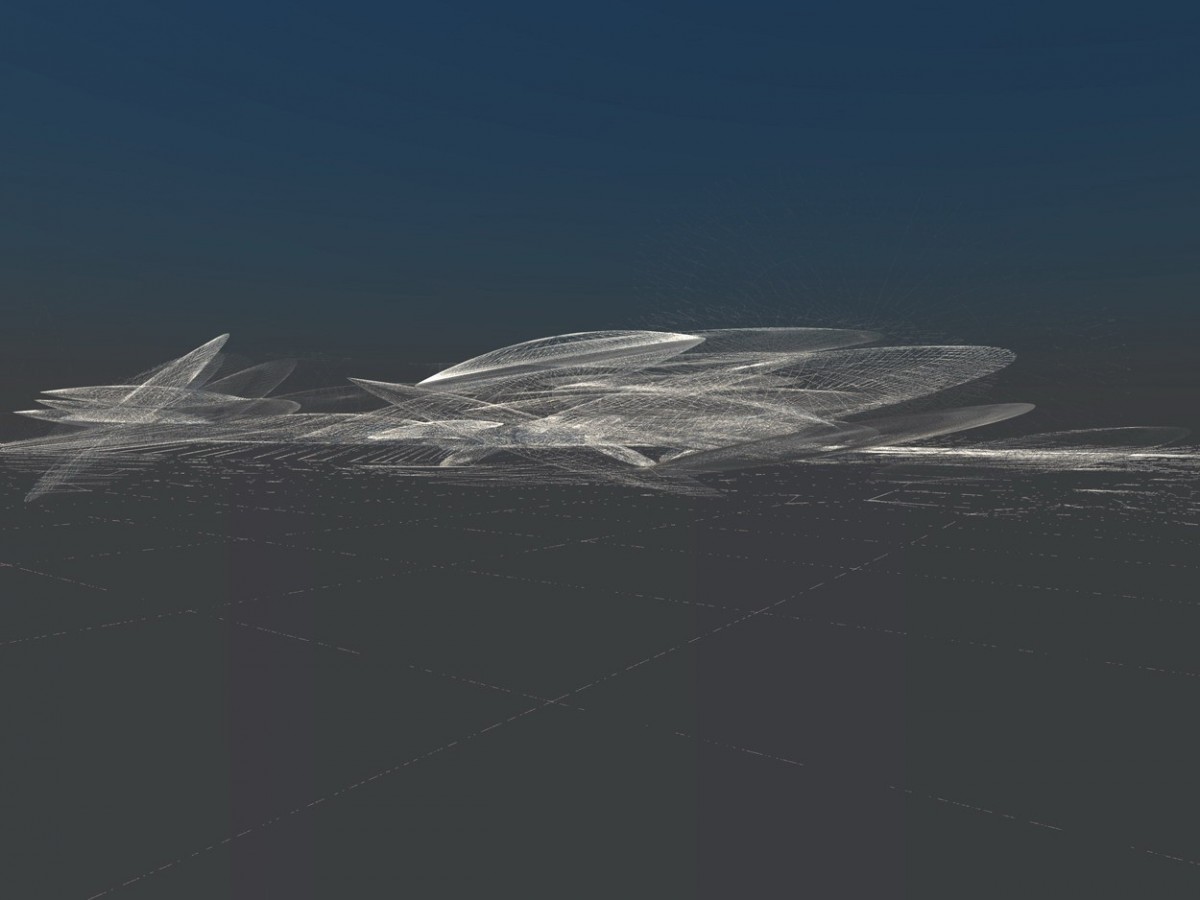 French architect Jean Nouvel, fresh off the opening of the Louvre Abu Dhabi, looks to complete his second cultural project in the Persian Gulf in December. The museum will be the only major arts institution dedicated to Qatari heritage, a history that, according to the NQM’s website, “hasn’t had time to leave a mental imprint.” The somewhat erratic building comprises interlocking disks, each one clad in glass-reinforced concrete.

Qatar is a young nation in the Persian Gulf, a peninsula, surrounded by water where the desert reaches into the sea. The Qatari descend from a nomadic Arabian people who settled in this maritime desert. Some became fishermen, others hunted for pearls. Some looked to the nation’s hidden treasures, the resources that lay beneath the sand or under the sea. Others, inspired by their country’s central location in the Gulf, began to talk, to communicate, to reach out. The impulse for this metamorphosis came from Doha. A glance at photographs of Doha in the 1950s and 1960s, compared with today, is sufficient to understand how much this part of the world has changed.

“And what could be more logical than to give concrete expression to this identification process in a National Museum of Qatar that will relate the physical, human and economic geography of the country, together with its history,” we read at Jean Nouvel’s website.

The architectural study which initially was coupled with the programmatic study, brought to light the underlying paradox of this project:  to show what is hidden, to reveal a fading image, to anchor the ephemeral, to put the unspoken into words, to reveal a history which has not had the time to leave a mental imprint; a history that is a present in flight, an energy in action. The National Museum of Qatar is proof patent of how intense this energy is. Of course it will be home to the traditional geological and archaeological artifacts; of course tents, saddles and the dishes will bear witness to nomadic life; of course there will be fishermen’s utensils, boats and nets.  Most importantly, though, it will spark an awareness that could only otherwise be encountered, experienced, after months spent in the desert.

Everything in this museum works to make the visitor feel the desert and the sea. The museum’s architecture and structure symbolize the mysteries of the desert’s concretions and crystallizations, suggesting the interlocking pattern of the bladelike petals of the desert rose.

A nomadic people builds its capital city and talks about it through this emblematic monument built with the most contemporary construction tools (steel, glass and fiber concrete), and will communicate through high-definition cinema, incorporating visitors’ movements into its museography : this museum is a modern-day caravanserai.  From there you leave for the desert and you return from it bringing back treasures: images that remain forever engraved on your memory