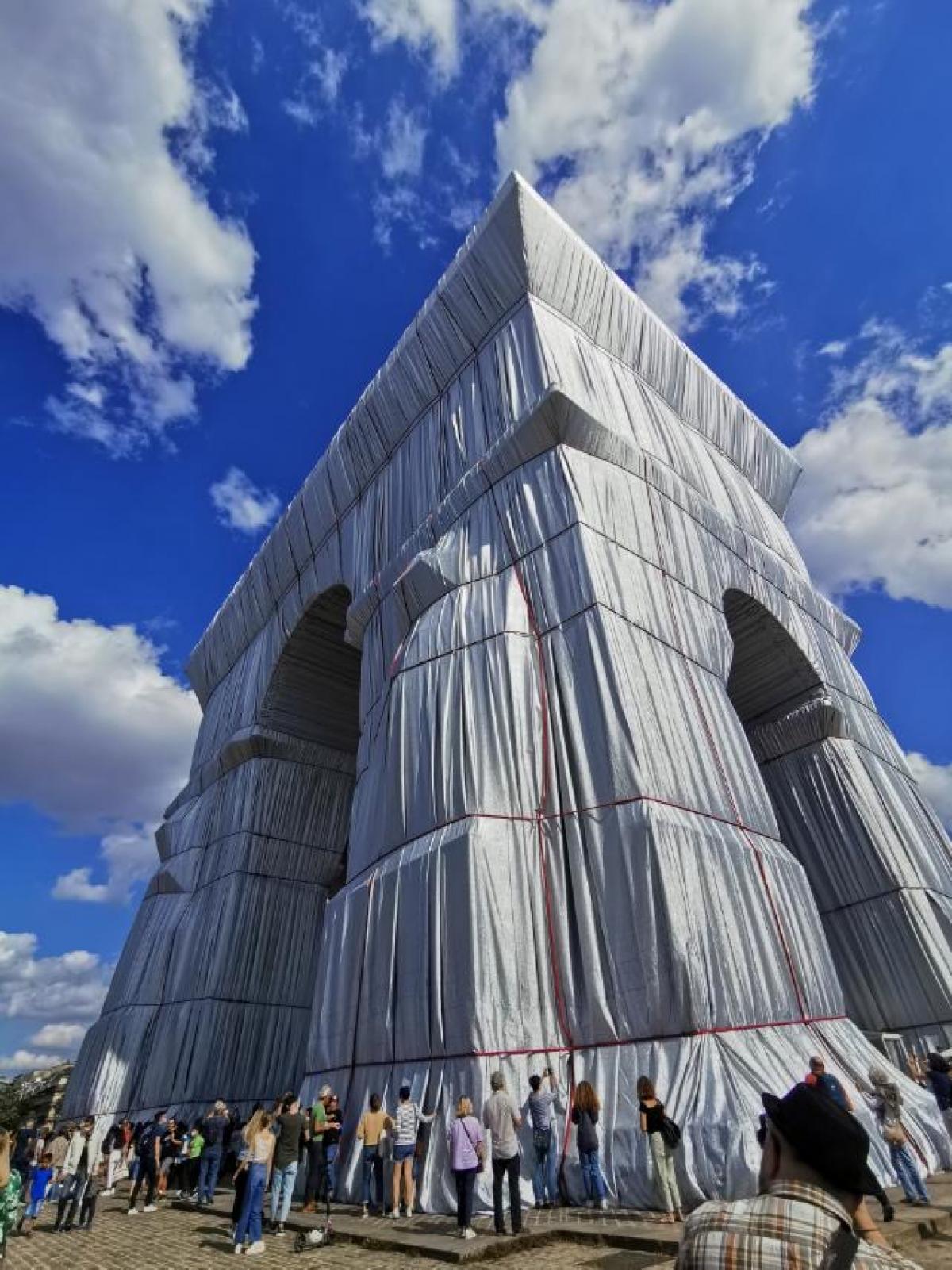 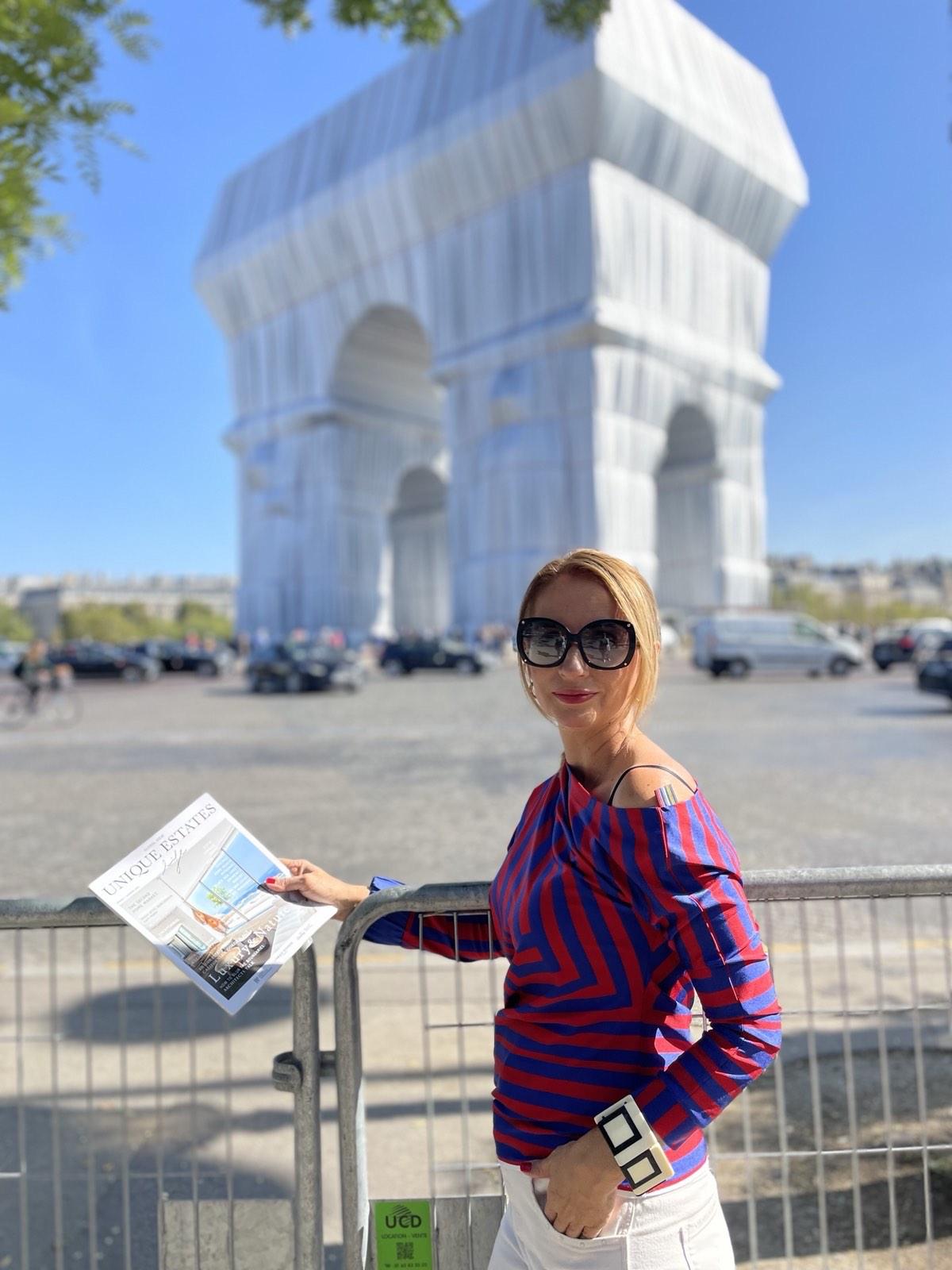 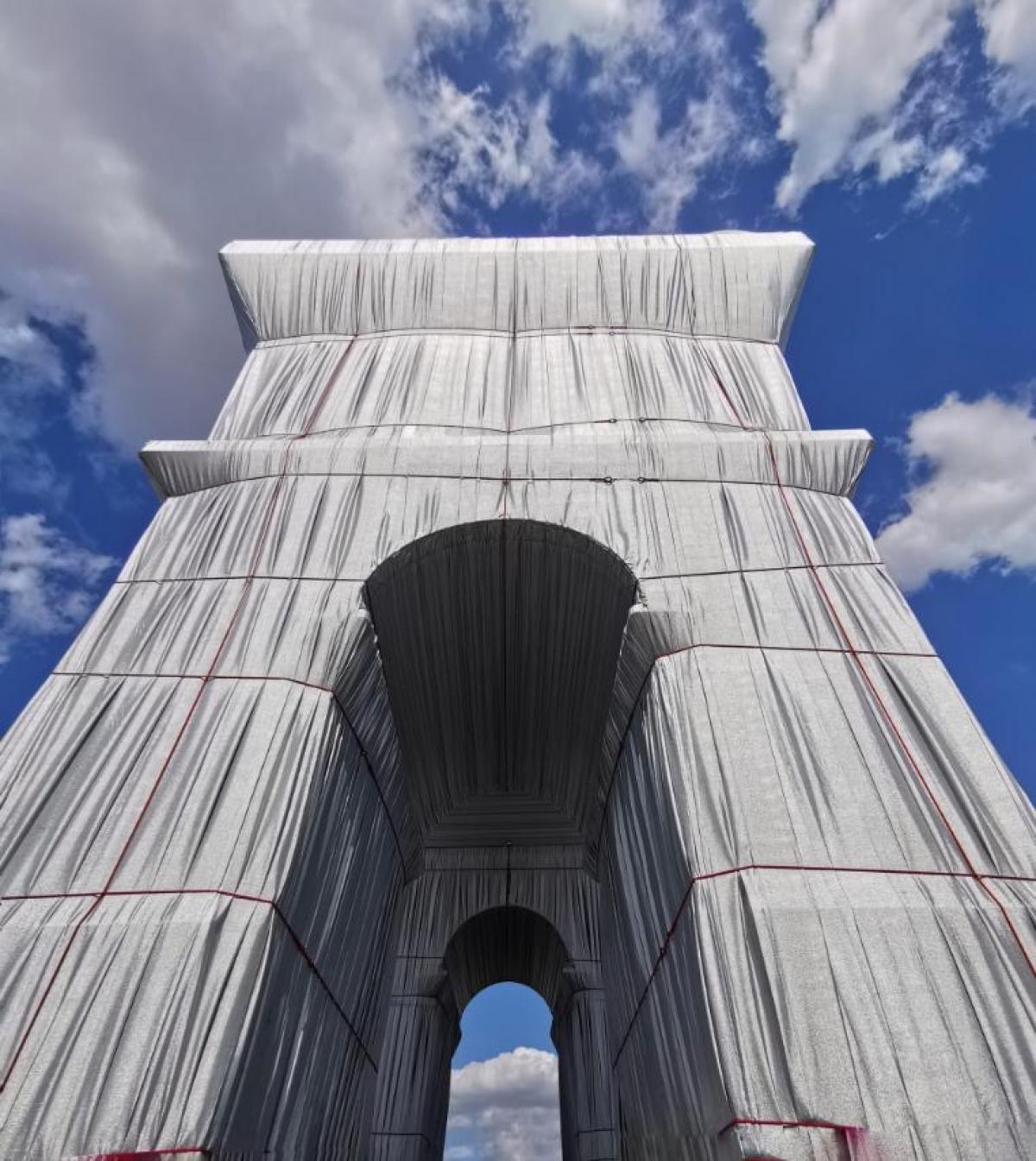 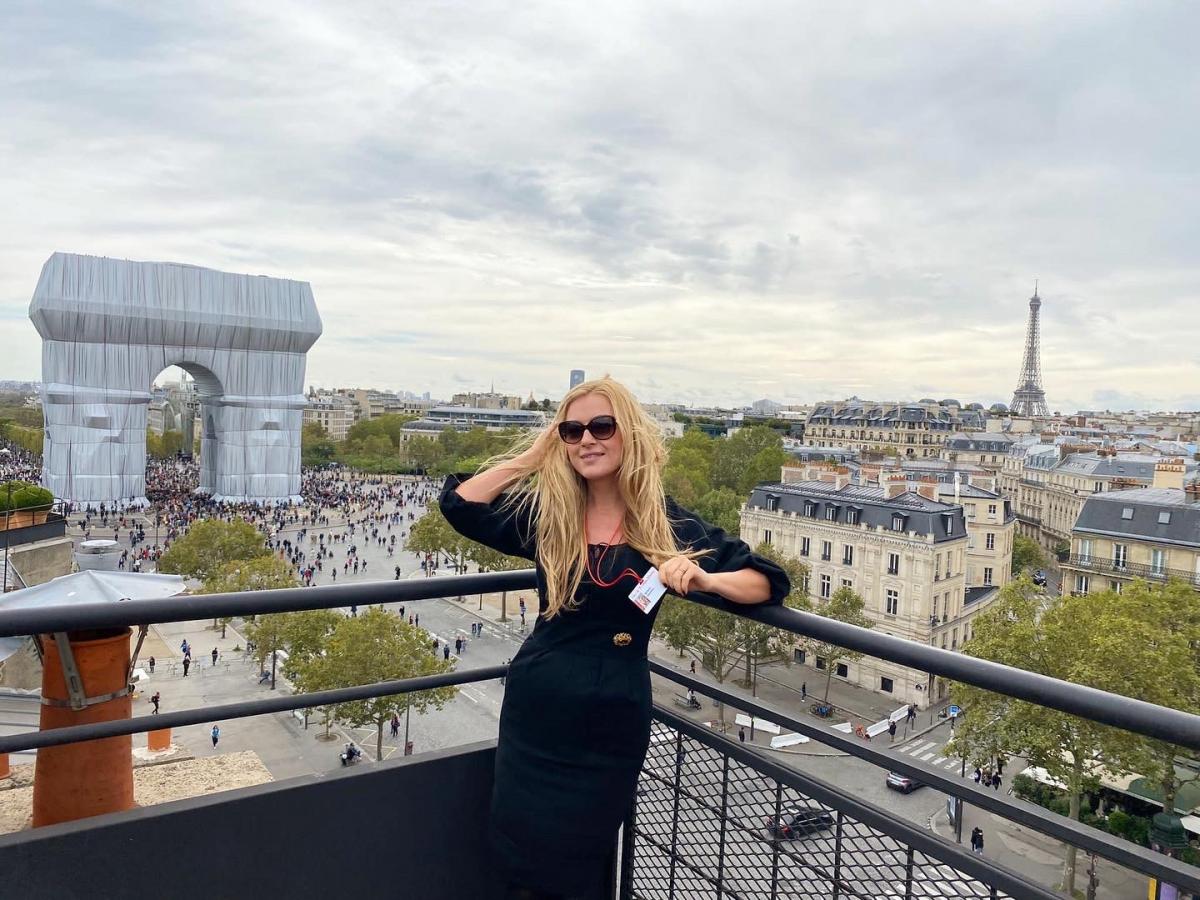 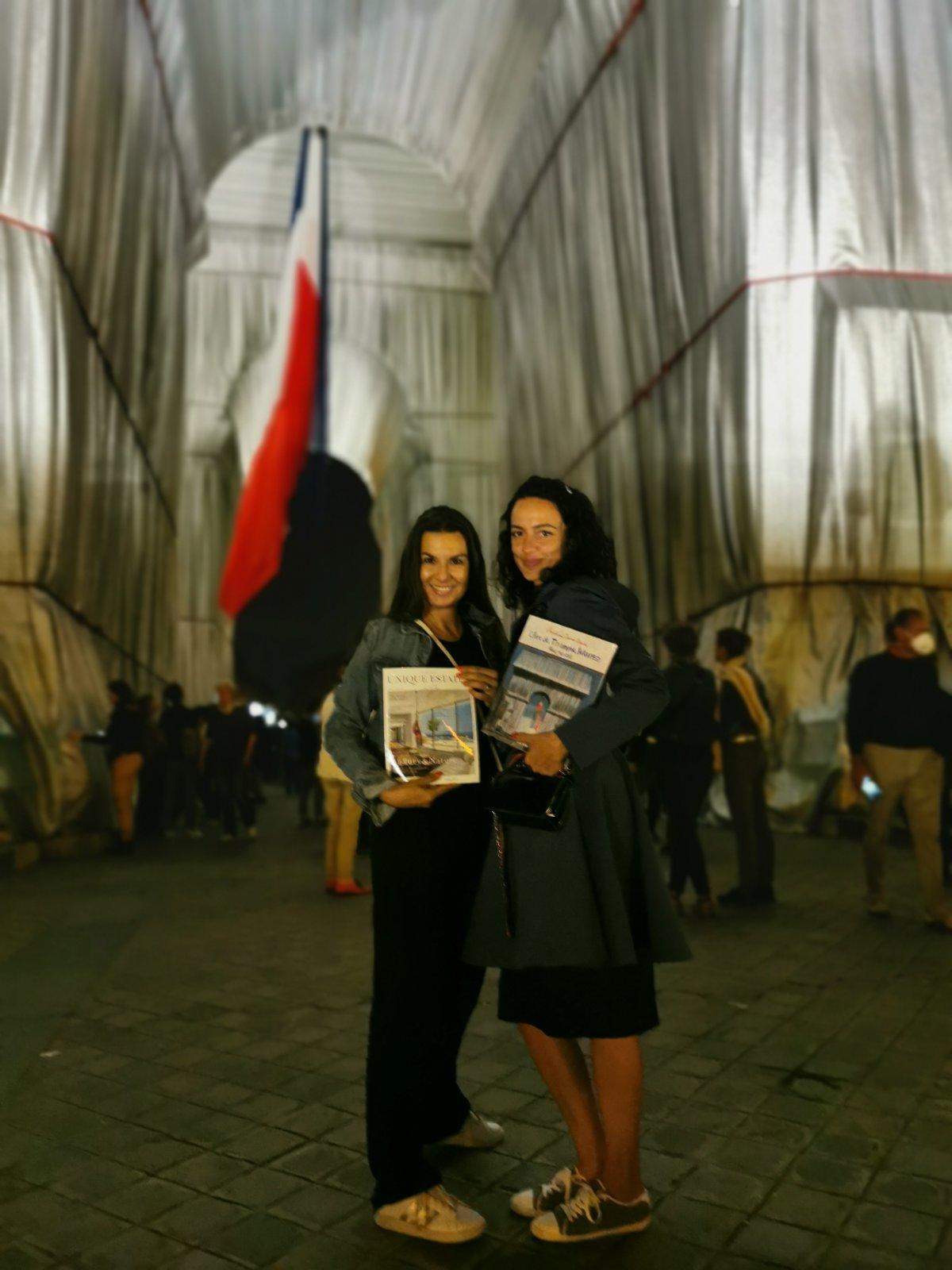 L'Arc de Triomphe, Wrapped -another manifesto of Christo's freedom and proof that nothing is impossible

"And when people come to see our works, they actually witness our departure – we feel that tomorrow things would be gone forever, like our life, that everything vanishes, therefore – let’s capture the moment, be present, remember, once and forever, because this will never happen again.”

The dismantling of the wrapped Arc de Triomphe in Paris began on October 4. Climbers and workers began dismantling the complex structure of 25,000 square meters of silver-blue polypropylene fabric, 3,000 meters of red rope and 312 tons of steel, which covered the arch from September 18 to October 3. This was the first project of Christo and Jean-Claude, realized after their death by Christo's nephew, Vladimir Yavachev.

The idea for it was born about 60 years ago, when Christo, who escaped from the communist regime in Bulgaria, arrived in Paris and together with Jean-Claude made a photomontage of what the Arc de Triomphe would look like if it was packed.

His nephew, Vladimir Yavachev, who has been in Christo's team with Jean-Claude for 30 years, is the engine of  L'Arc de Triomphe, Wrapped. After the artist's death (at the end of May 2020), he continued to work as a project director. From his many years of work with Christo and Jean-Claude, he learns not to accept anything as impossible. He lives with the idea of dreaming big and persuading his goals to the end. In this way, despite the difficulties, with the help of his team, Vladimir managed to fulfill the desire of the art couple by packing the famous French monument. According to him, all of Hristo's projects (as Vladimir calls his uncle) find the right time to come true, their exact moment.

"It will be like a living object moving in the wind and reflecting light. With these moving folds, the surface of the monument will become sensual. People will want to touch the Arc de Triomphe" - what Hristo said about the Arch, we see it now live, says Vladimir. "She is alive. People touch it, touch it, climb it, it lives with the wind and it is not like a building, but it also looks like a sailing ship that needs attention, care, and maintenance.”

As the main challenge in the process of the "wrapping", he points out the requirements and specifics of working with the national monument, which must be treated with special care. The most difficult thing for him, however, is that Christo is not with the team anymore. Every detail of the working process again passes through the hands of Vladimir, but he lacks the energy, enthusiasm, criticism, and everything about Christo.

"Hristo's job is for a person's desire to accomplish something, and he succeeds regardless of the institutions. It is not at the request of any institutions, it is not commissioned, it is not with public money, it is not with private sponsors, everything is self-financed, just because the artist wants to do it - it happens. This is his next manifesto of freedom. Like all the projects they did with Jean-Claude, "says Vladimir Yavachev.

A lot of colleagues from Unique Estates visited the spectacular piece of art, which in the last three weeks has managed to touch several million people who have arrived in Paris from all over the world.

The packaging of the Arc de Triomphe is one of two wishes that Christo's nephew and his team has promised to fulfill. Another project is forthcoming - "The Mastaba" in Abu Dhabi, which we are all looking forward to.