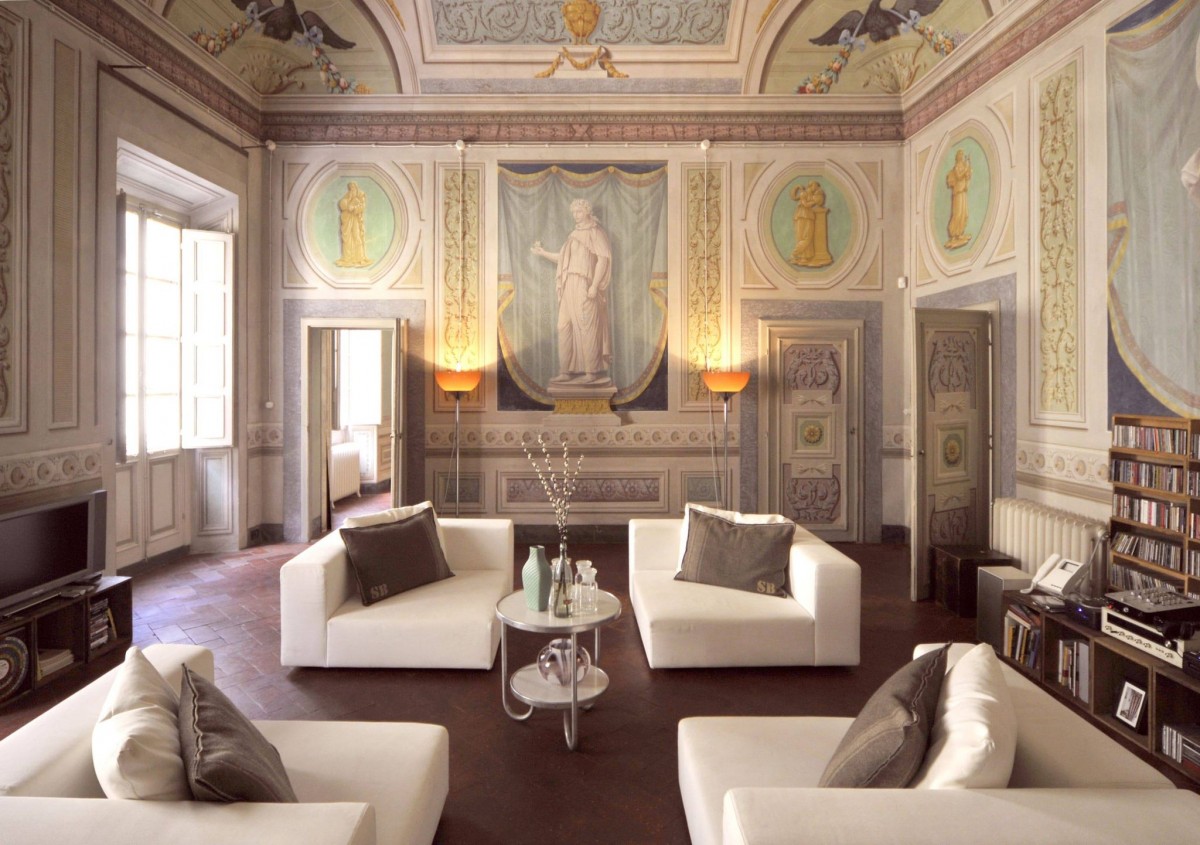 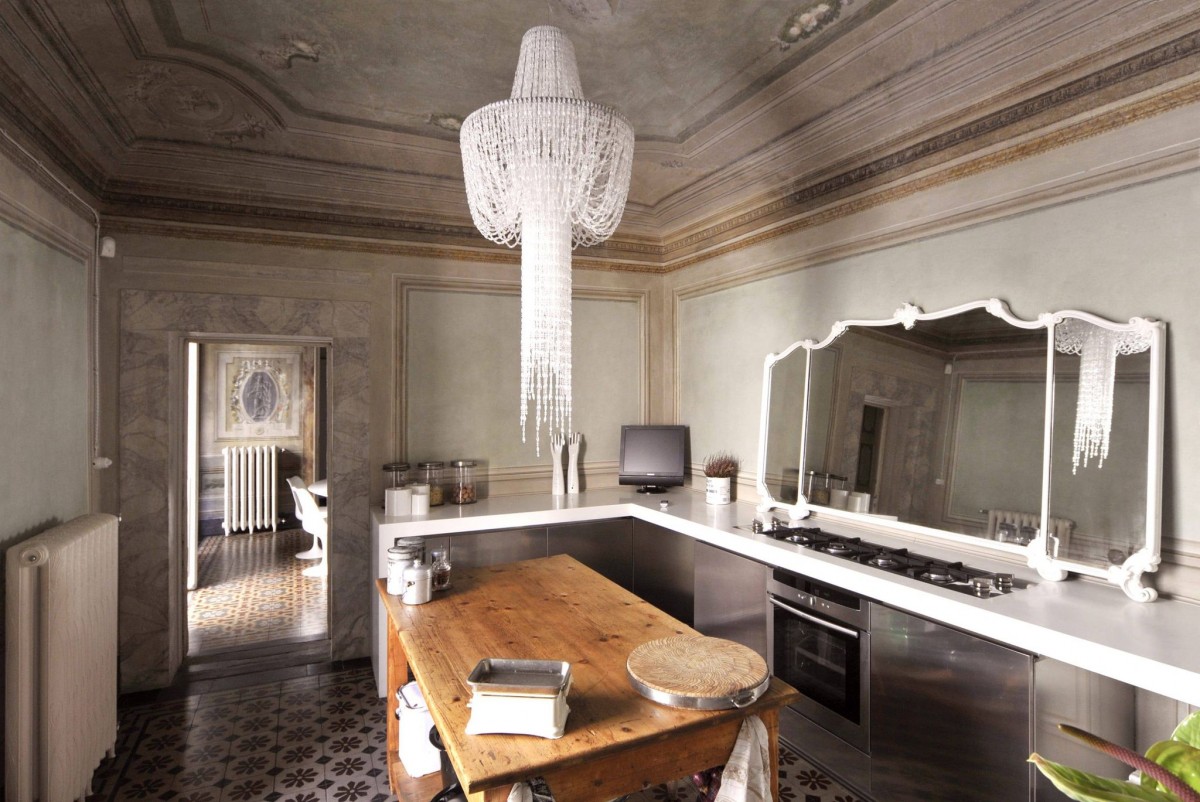 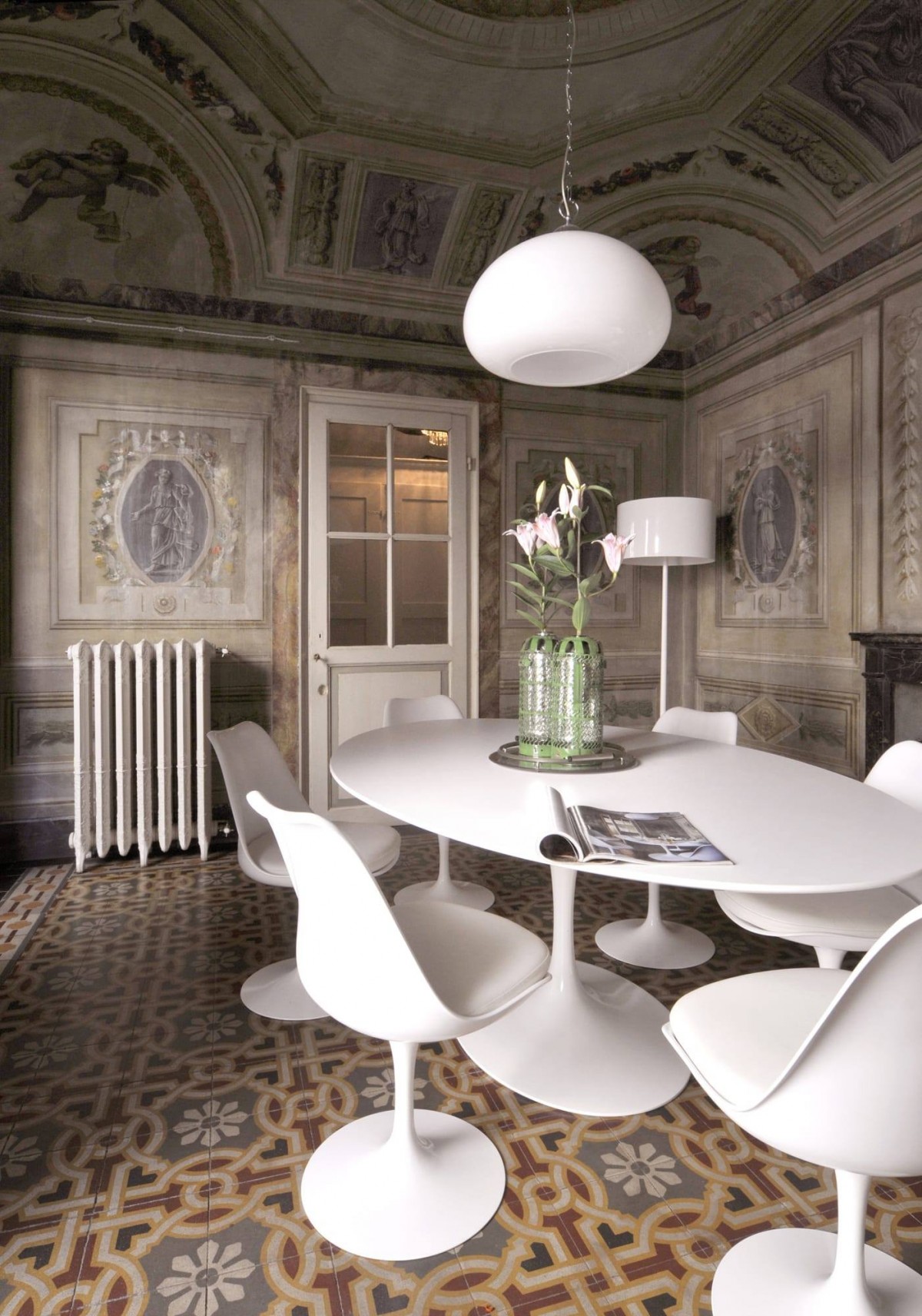 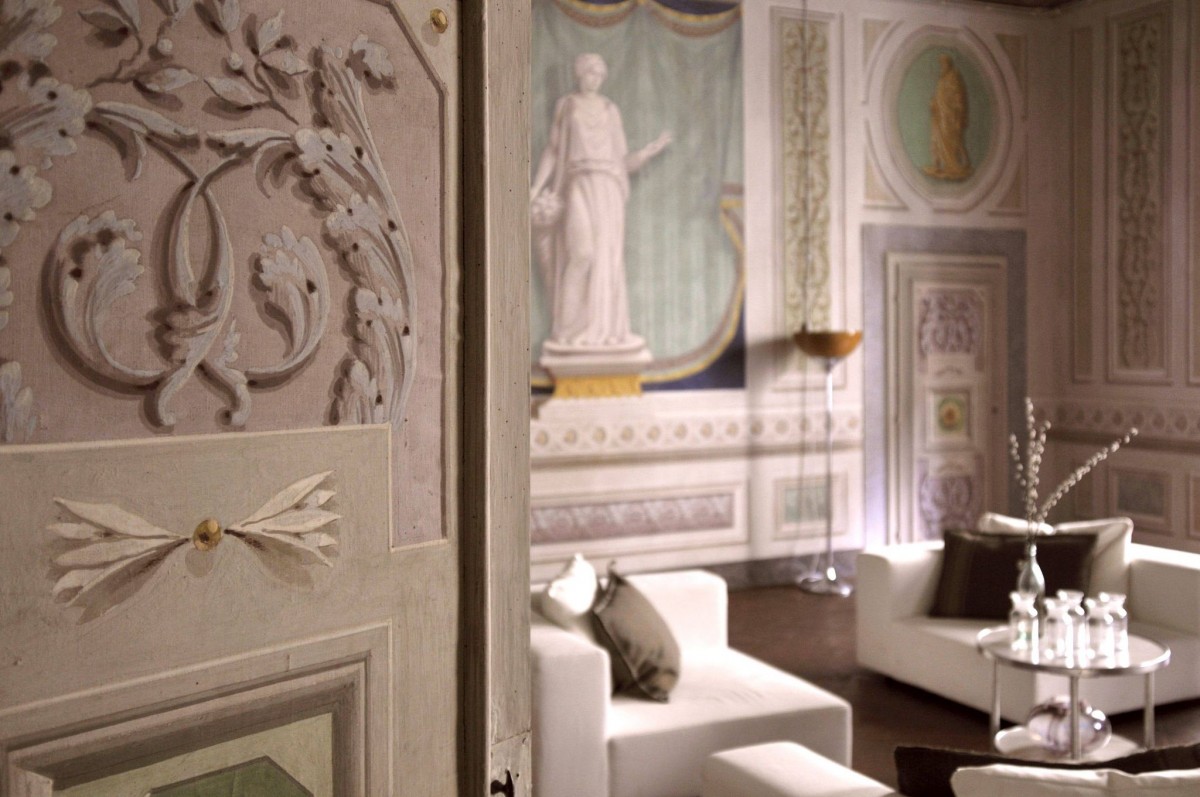 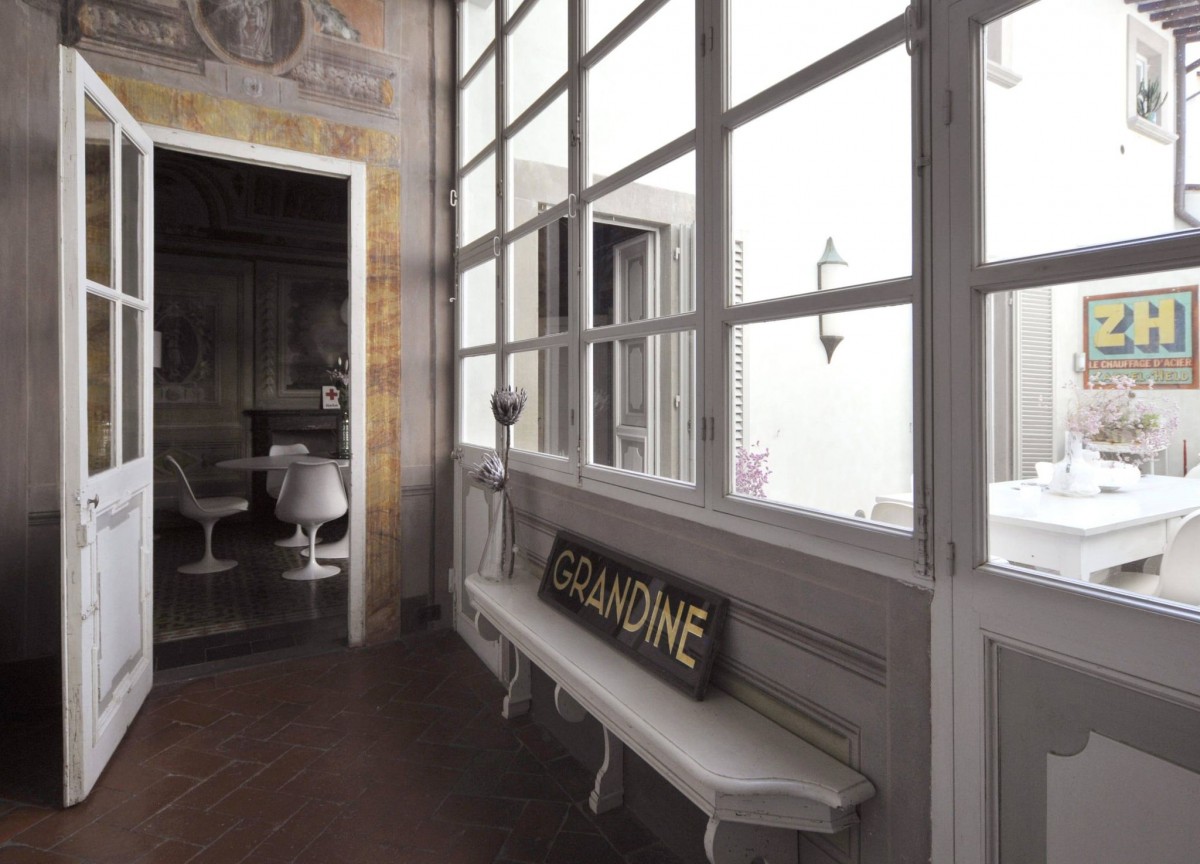 Just as I was sharpening my pencil for this article, I ran across a video about a place we always perceive as awash in vibrant and sparkling apple sweetness — New York, subdued as it is now. One story in that video was about Celine Kaplan, a Parisienne who 30 years ago crossed the ocean on the call of love and founded a successful public relations agency. Now, in the wake of enormous difficulties of various nature caused by the pandemic, she is packing her things and leaving her favourite city. I was listening to her story and watching her walk in the glistening open space of her apartment with its huge windows letting in Manhattan skylines. My naturally trained eye was capturing old and modern art on the walls, antiquarian mirrors and candelabra, books, albums, furniture ranging from Eero Saarinen and Philippe Starck to traditional Chinese chairs and stools. Now that’s the point, I said to myself. While this story appears to be about a sorrowful change, what lies at its heart is the idea of things that never change. Because wherever Celine goes, she will carry this world of beauty and passionate luxury with herself and will be looking to populate new spaces with it. It is part of what Celine actually is and nothing can take it away.

In September the défilé which presented Spring 2021, Ready-to-Wear collection of 86-year old King Giorgio was broadcast free-on-air by one of the leading Italian TV channels, La7, to make it open for the broader audience. Yes, this happened for the first time. And yes, the traditional VIP front row was not there to applaud the models. But the belief that Beauty will Save the World was there, unchanged and reiterated. Speaking to journalists before the event, Armani paraphrased it by saying ‘I prefer to think that we can keep hell at bay’. Unchanged was also his ingenious perception of elegance, this time expressed in silk suits and an organza of pastel nuances of dove wings, sand dunes and skies. As the design guru put it himself, ‘Giorgio Armani has never been about dressing well in the conventional sense. Giorgio Armani has been about timeless elegance which complements and expresses people’s characters. And this remains unchanged.’ The name of the show, Timeless Thoughts, also contains this time-challenging word. Can anyone imagine that a world which has cherished eternal thoughts would not keep certain things unchanged, whatever happens? One of these things is the never-changing power of an Armani suit to induce a desire.

On an April day of the last ‘usual’ spring, I was sipping icy Prosecco with Luciana and Gianni, the tandem of designers behind Veneziano+Team, in their Milan apartment. The chat was about their propensity to change places in pursuit of the indulgence to explore the love affair between culture and beauty. Neither they nor I — venerating the sophisticated combination of loft, extravagant boudoir and Puglia-inspired green oasis of the living room — suspected that the Venezianos would have to spend the next spring locked here. Recently Luciana wrote in fb: ‘In the summer of the year called 2020, in which everybody’s or nearly everybody’s life changed, I discovered Paul Simon’s album Graceland. To me this is a manifesto of a new paradigm which rediscovers the roots and mixes in a new way our knowledge and cultural focuses. Because it is time for new sunrises.’ In relation to his album, Paul Simon himself said in 1987: ‘The world is balancing between hope and fear. I want to be on the side of hope.’ Yes, the Earth is quiet now, the wonderful sound of huge concerts is lacking, but the music is there to be discovered. And the endeavour to do so. If these are here, then something very important has remained unchanged.

Lee Broom, one of the most respected British talents by the definition of The Financial Times, whose designs speak the enchantingly modern language of luxury, presented in September his new pearl, the Maestro chair. Yes, he did this virtually. But does it matter at all in light of the magnetic silhouette of the chair which intertwines two eternal cultural phenomena — mid-century design and classical music. (The metal shapes on the back of the chair are borrowed from the curves of wald-horn and violin. They also remind me of Salvador Dali’s Leda table — the one which rests on a shoe). Thus, the chair makes wonderful aesthetic and emotional references to eternal timeless values. The virtual presentation comes in a five-minute video depicting 30 musicians of The Parallax Orchestra sitting on Maestro chairs arranged in accordance with the new distancing rules. In a red-and-black ambience, the cutting edge of this style, in which the only flashing elements are brass elements of the chairs and violin bows, the orchestra plays pieces of Grieg, Debussy and Haydn. Watching the video makes you remember putting on your pearls or tuxedo before going to La Scala or Metropolitan. You experience the same excitement. And a desire to play the vinyl with your favourite opera. Because opera remains unchanged, and so does the excitement elicited by it and the power of a chair to illuminate with its timeless beauty a living room, an afternoon or a meeting.

In the online version of the Frame magazine, I spotted these days a title: Seven ways to make ‘these four walls’ more exciting. Some may get a knee-jerk — What a cliché! Yes, a plain title, and quite to-the-point, because the article was about seven nice wall linings. But it can also be perceived as an insight — our link with the space surrounded by ‘these four walls’ — or our living space, to put it in other words — remains unchanged no matter what. And never loses its importance. Because we will always need it and endeavour to establish the harmony which best expresses our character and engulfs us in emotion. (Even the name of the new museum of modern and contemporary art in Foshan, China — the new architectural bijou of Tadao Ando — is He Art Museum. The He symbol in Chinese denotes the notion of harmony. While it is true that the hieroglyph contains the name of the private collector part of whose collection is the museum, the meaning and the message go well beyond. And, the architectural genius of Ando expresses it by planes, volumes and light which in their entirety give the impression of a spilling wave.) With unchanged endeavour for harmony in our space, this year we will yet again set with excitement the first fire in the fireplace, will install Christmas decorations, will share the happy and sad experiences with our loved ones, again there, in our space, will open our favourite wine, will look at our favourite albums, will bring new treasures in and dispense of others… Because, in the end of the day, we stay the same. In ill and well.