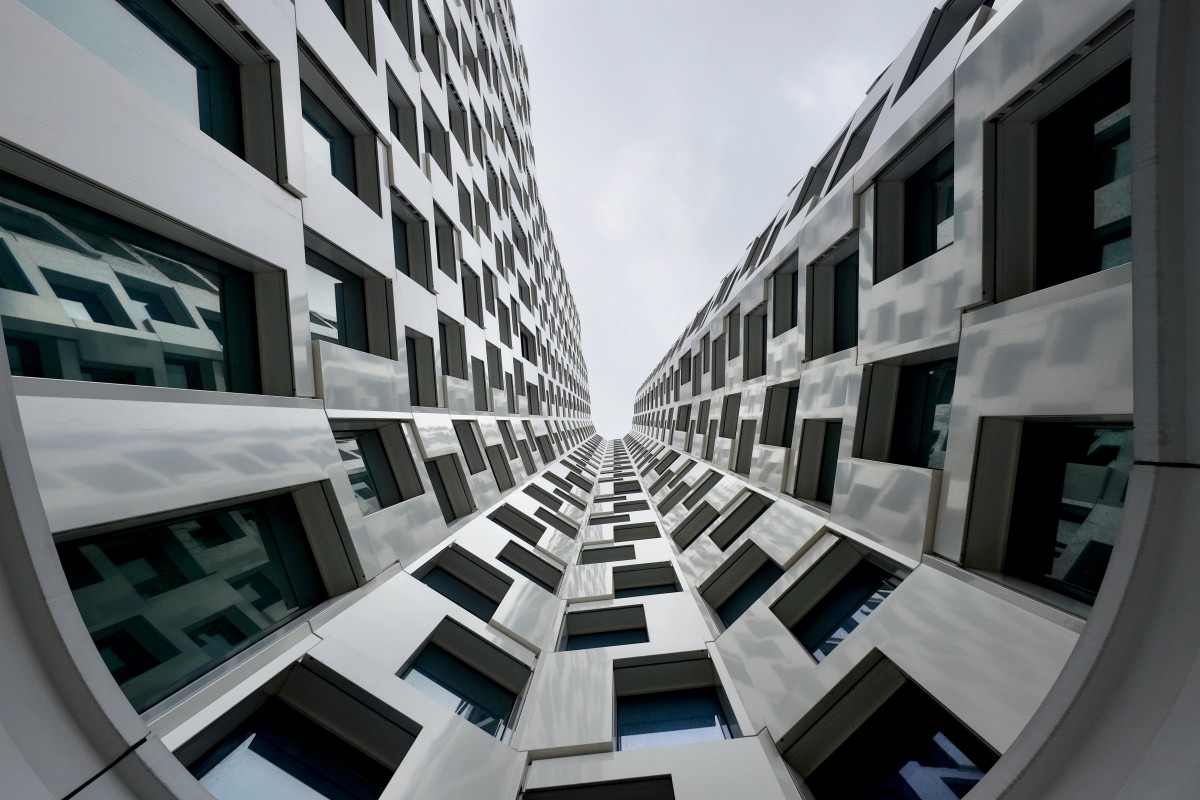 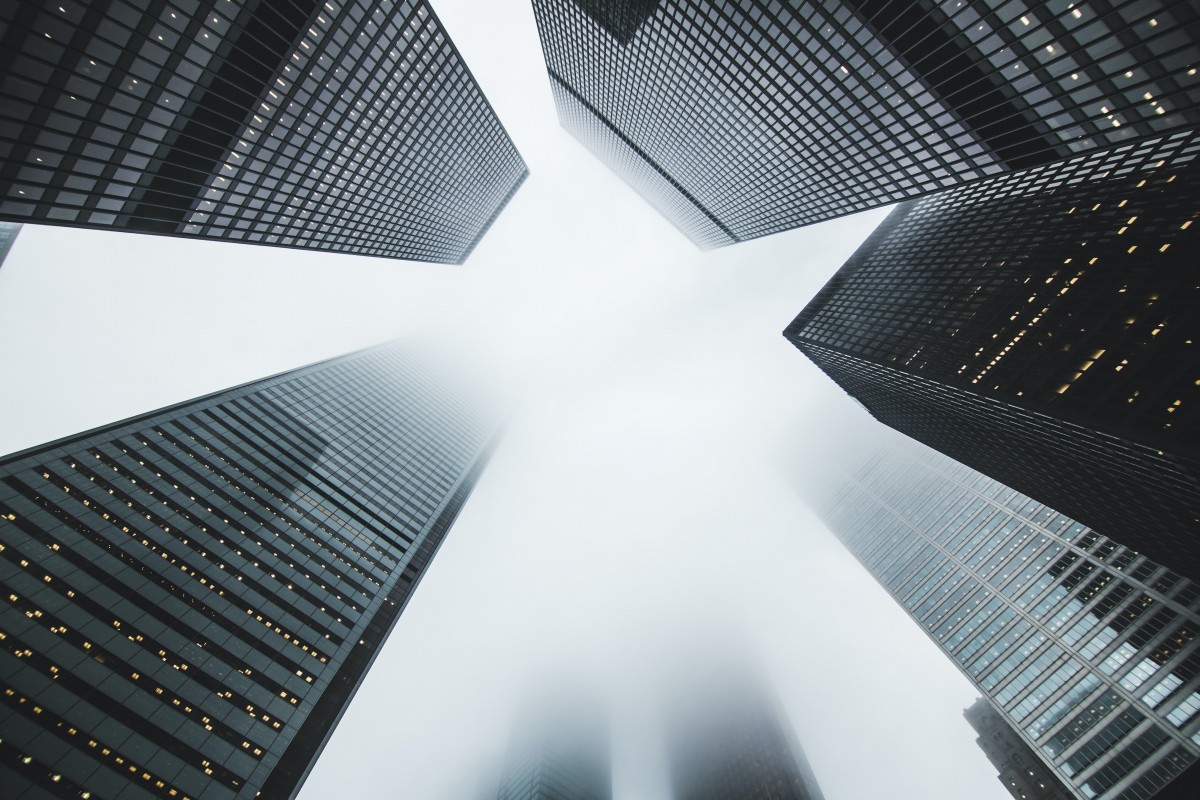 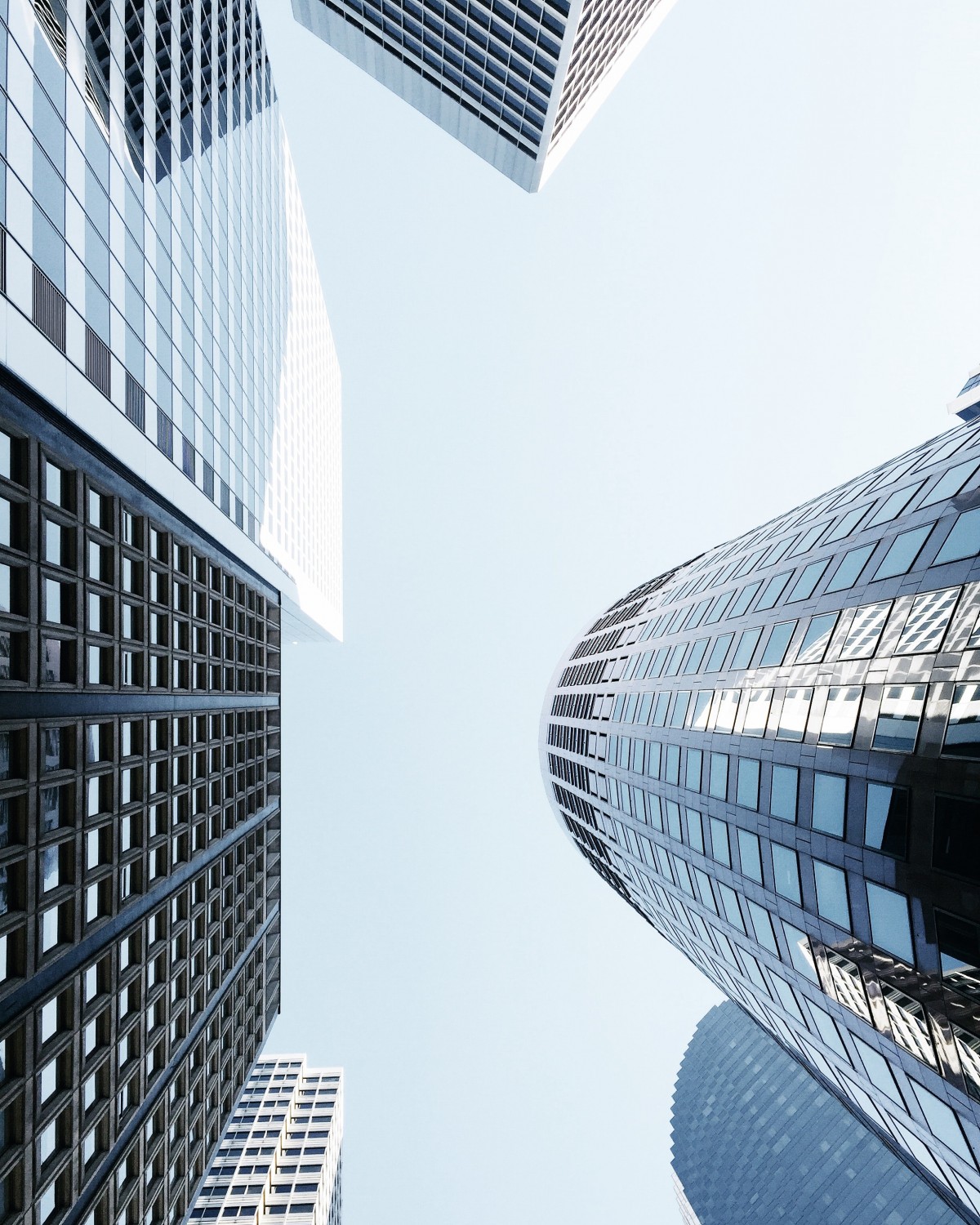 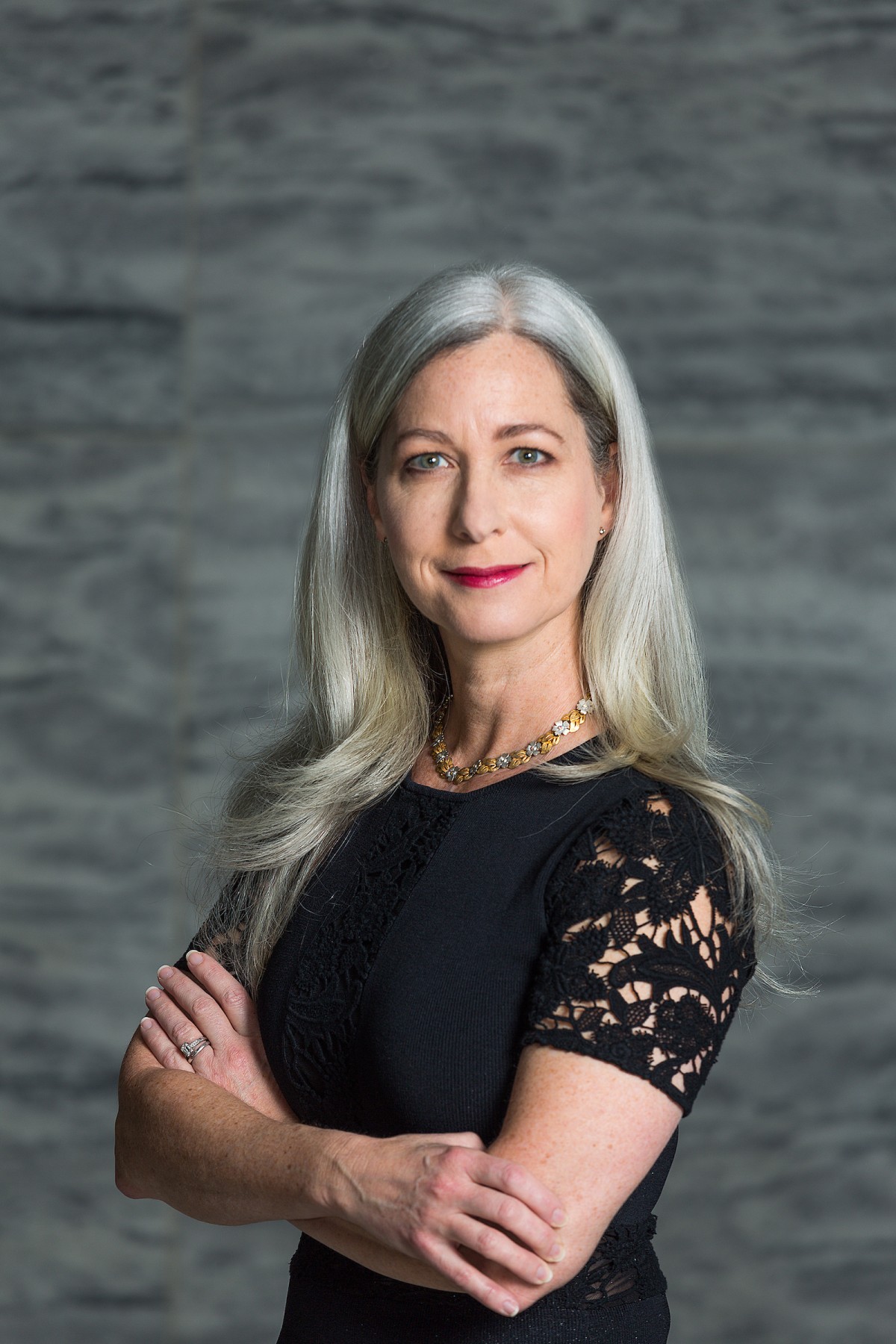 Many analysts expect the segment to hoist the property markets off the crisis.
The coronavirus crisis is increasingly driving buyers to purchase or lease a house in the countryside

At times of uncertainty and a rapidly changing environment investors typically seek safer harbours for their money. This is exactly the kind of situation they have been facing in the past few months as coronavirus and related developments took centre stage. Thus, many funds and private buyers have been forced to revise their strategies and put them on the track to lower risk and higher capital gains potential. Well diversified portfolios are also part of such a strategy since in addition to business properties the mix includes alternative investments such as residential buildings, hotels, student dormitories, etc.

BrickVest is a London-based platform for online investments in real estate. Founded in 2014, the company provides a wide range of opportunities addressed to smaller investors rather than the usual stack of institutional players. Since February this year the company is owned by Patrizia, a German investment management company. Since September BrickVest has been operating under the brand name BV Markets (BrickVest Markets). The platform traditionally publishes Commercial Real Estate Trends — a poll among more than 350 companies and funds. The new edition covers the entire year 2019 as well as the first half of 2020.

According to Brickvest’s Super Barometer poll which looked at the global trends in the property market, residential properties in 2019 and the first half of 2020 account for the largest share of investor’s portfolios, namely 27 %. This includes assets which, rather than for the buyer’s own use, are acquired for the purpose of generating rent income and reaping capital gains on the assumption that their price will be increasing over time. In the opinion of Brickvest, both before and now residential properties attract interest primarily from smaller funds with less than EUR 100 million of assets under management. The larger players in this market tend to rely on office and retail spaces in order to balance their mix.

’27 % is the share of residential properties in investors’ portfolios according to the Brickvest survey’, says Vessela Ilieva, Managing partner at Unique Estates.

The mixed-use properties, which include a combination of retail, office, residential, hotel or other components are also on the radar of investors. Indeed, since 2018 this asset class has increased its share in investment portfolios from 16 to 18 %.

These attitudes among investors make sense in light of the changes which coronavirus has brought about in the property and financial markets during the recent months. The expectations for increasing share of from-home workers and the demand for flexible workspace models have changed the traditional perception of office buildings as sources of steady and long-term yields. The same processes are observed with retail spaces as e-commerce is increasing its share of the market and revenue-based rents are expected to gain momentum, albeit as an interim solution.

The Brickvest poll corroborates this trends by demonstrating that investors are primarily focused on the capital gains from their portfolios — this is the priority for 45 % of the respondents. The second most important objective is ongoing revenues from rent payments, as is the case for 38 % of the respondents. Liquidity and tax optimisation opportunities come third and respectively fourth.

Dr. Paul Kennedy, Managing Director of JPMorgan Asset Management, also highlights this trend by making a reference to an increasing equitization of business properties. This means that investors would place less reliance on current cash flows as a source of regular and long-term income and instead would bet to a larger extent on growing asset values. This in turn calls for flexible and proactive management as revenues will be more sensitive to changes in the market environment.

Following this train of thought, Dr. Paul Kennedy predicts that in future logistics will be increasing its weight as a key asset in investors’ portfolios at the expense of office and retail space. The drivers include the increasing role of e-commerce and the optimisation of supply chains, meaning that warehousing and product handling processes will have a key role to play.

If we continue along this path of logic, we have a good reason to foresee a new and more central role for residential buildings. Traditionally, the income-bearing potential of residential buildings is considered less high and less secure as lease contracts are typically shorter. On the other side however, their potential to generate steady income and the higher collection rate of rent installments make them a key asset at times like the ones we are living through.

Marci Rossell, Chief Economist of Leading Real Estate Companies of the World, looks at the residential market not only from the lens of investors, but also through the prism of final buyers’ expectations. She believes that trends such as work from home and remote learning boost the attractiveness of the residential market as many people need larger spaces. Her analysis demonstrates that uncertainty and economic turbulence increase the propensity to save. ‘People have always used three main ways to save their money — cash, stocks and real property‘, comments Dr. Rossell. Project developers are already responding to this trend and in many developed markets there are examples where business buildings, while they are still on the drawing board, are converted to residential or mixed-use projects.

As regards in-demand locations, the tide is changing, too. In recent months, the traditional preference of buyers for homes near the office or the workplace is giving way to demand for suburban or countryside houses.

‘For many people, buying or leasing such a property is kind of an ‘escape plan’ in case the coronavirus situation escalates,’ summarised it Vessela Ilieva, Managing Partner at the luxury properties company Unique Estates.

She considers that demand for properties near the city margins is a global trend which in recent months has been observed in the Bulgarian market as well. In Sofia, buyers have been setting their sights on areas which are relatively new for the luxury segment such as Lozen and Zheleznitsa. Unique Estates respond to this demand, among other things, with an option for medium-term leases, namely for a period between three and six months. This is midway between AirBnB-type short-term leases and one-year contracts, although take-up among home owners has been slow to date.

Traditionally, the income-bearing potential of residential buildings is considered less high and less secure as lease contracts are typically shorter. On the other side however, their potential to generate steady income and the higher collection rate of rent installments make them a key asset at times of crisis.

Dr. Marci Rossell is a Chief Economist of Leading Real Estate Companies of the World. A former CNBC Chief Economist and leading financial journalist, she is among the most prominent speakers on topics such as economics, politics, culture and media. In 2002 she earned a Doctor degree at Southern Methodist University where she was also distinguished as one of the most promising alumni of her grade.

Vessela Ilieva puts it in a nutshell: ‘Most owners expect at least a full-year contract and are reluctant to accept tenants for a few months. However, supply in the market is presently high and more reasonable owners prefer this type of lease to the alternative of keeping a vacant property’. Unique Estates have observed this type of demand not only for houses, but also for apartments downtown Sofia. In many cases the prospective clients are people who either work from home and need more living space, or wish to isolate their elderly parents for some time. A lease option in such cases are former AirBnB apartments whose owners are amenable to leasing them for periods longer than a couple of days or one week.

The inflator of real estate bubbles has always been a baseless spike of prices, most often spurred by strong speculative interest. While home prices have risen significantly in recent years, analysts do not see a property bubble risk at the moment. ‘Unlike the market, we had in 2008 — 2009, buying activity now is not a reason to fear a property bubble. The reason is the limited share of speculative deals as opposed to those which resolve actual housing requirements. This in turn functions as a brake which prevents prices from soaring to unrealistically high levels’, says Dr. Rossell.

Vessela Ilieva observes that since the spring of 2020 prices have largely remained flat and buyers in the luxury segment have to a certain extent stayed at the sidelines. ‘In recent months however, activity as measured by inquiries and home tours has been returning to last year levels, which is a good signal from the market. Meanwhile, many planned projects have been put on hold for the time being, which will counterbalance supply in the medium term’, concludes Ms Ilieva.