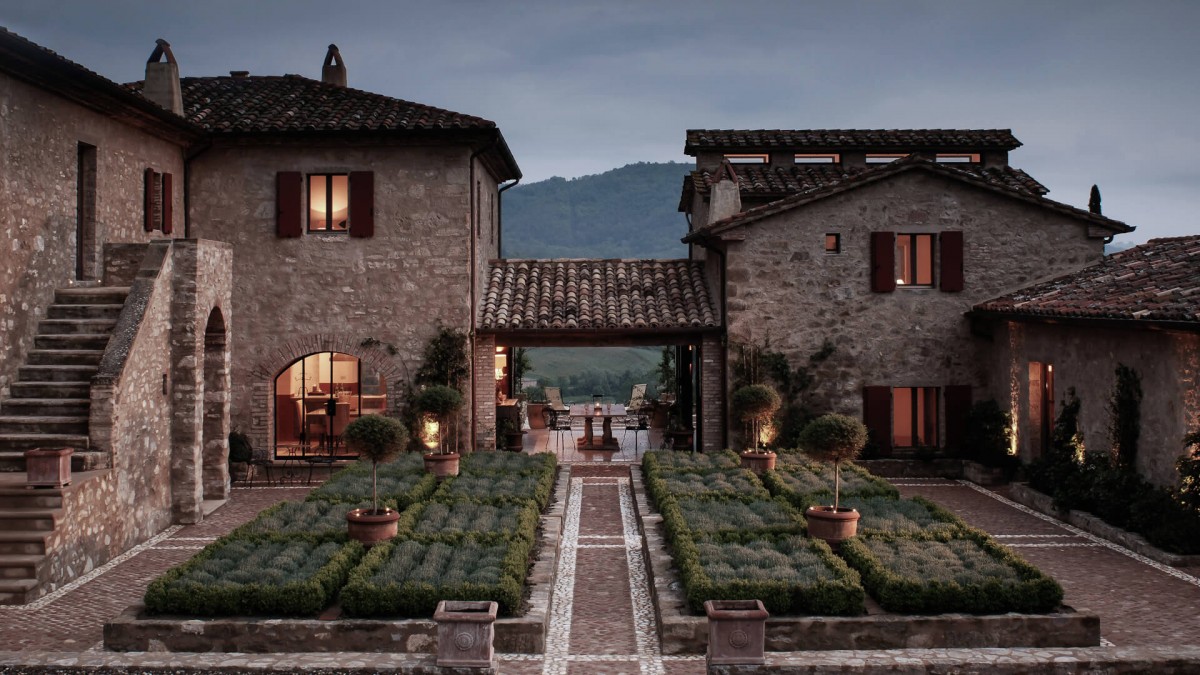 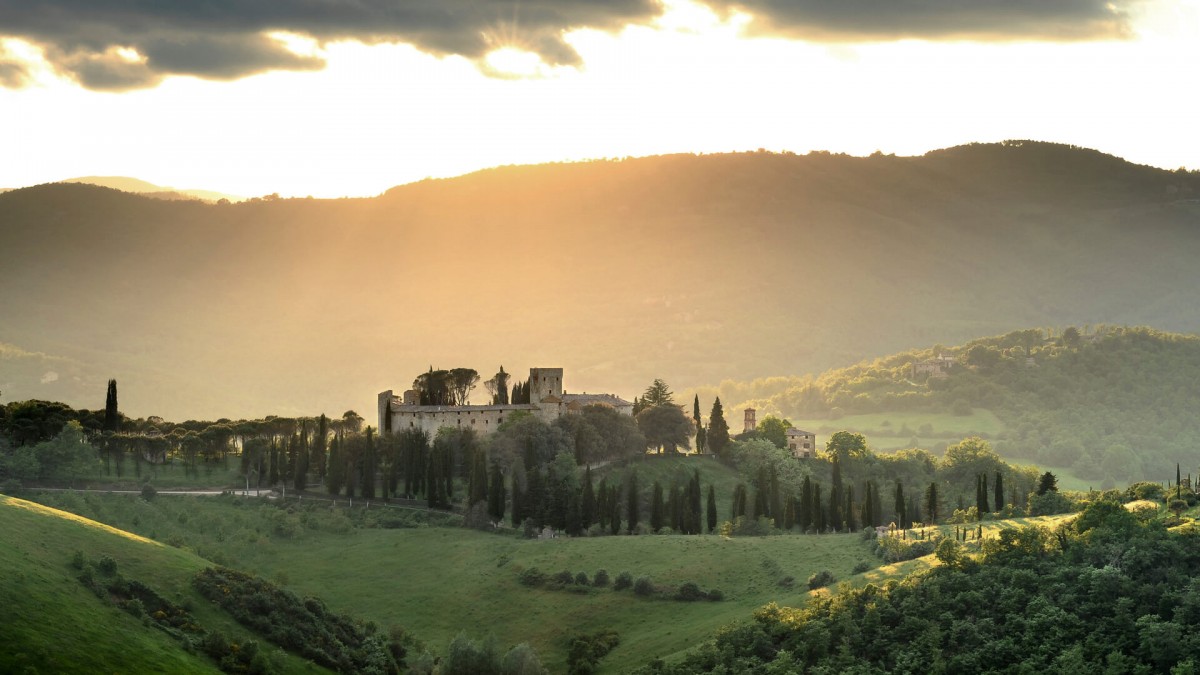 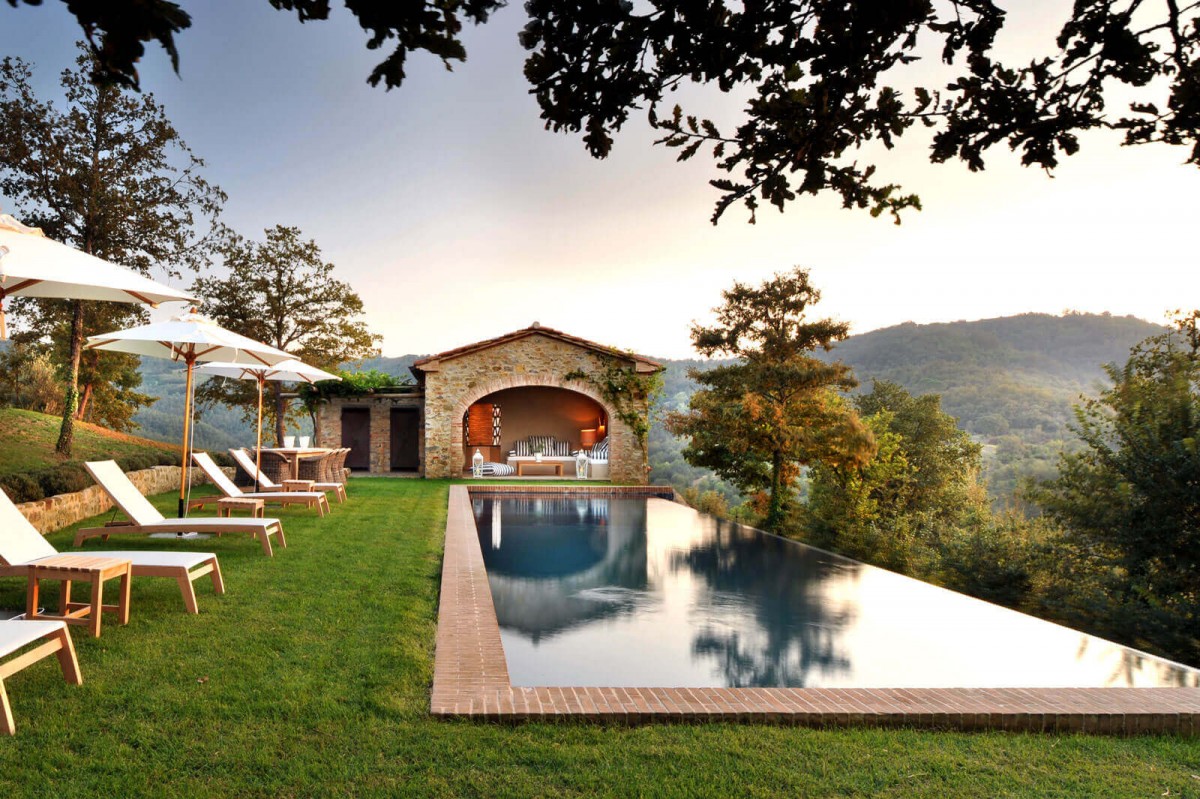 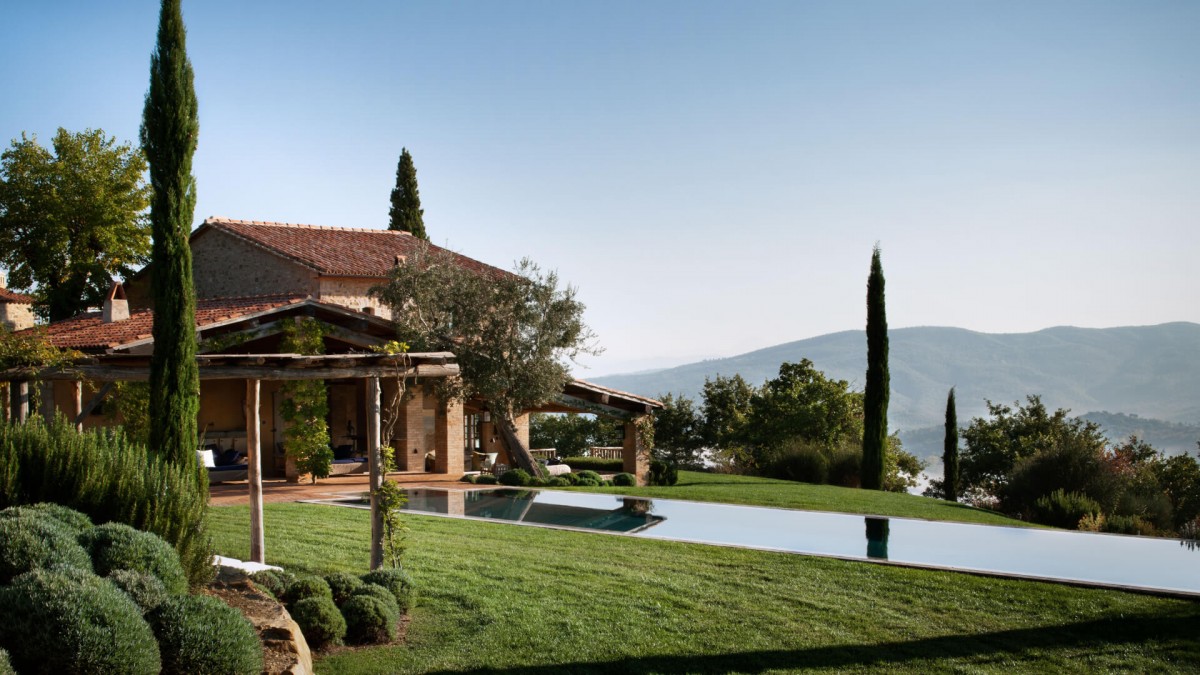 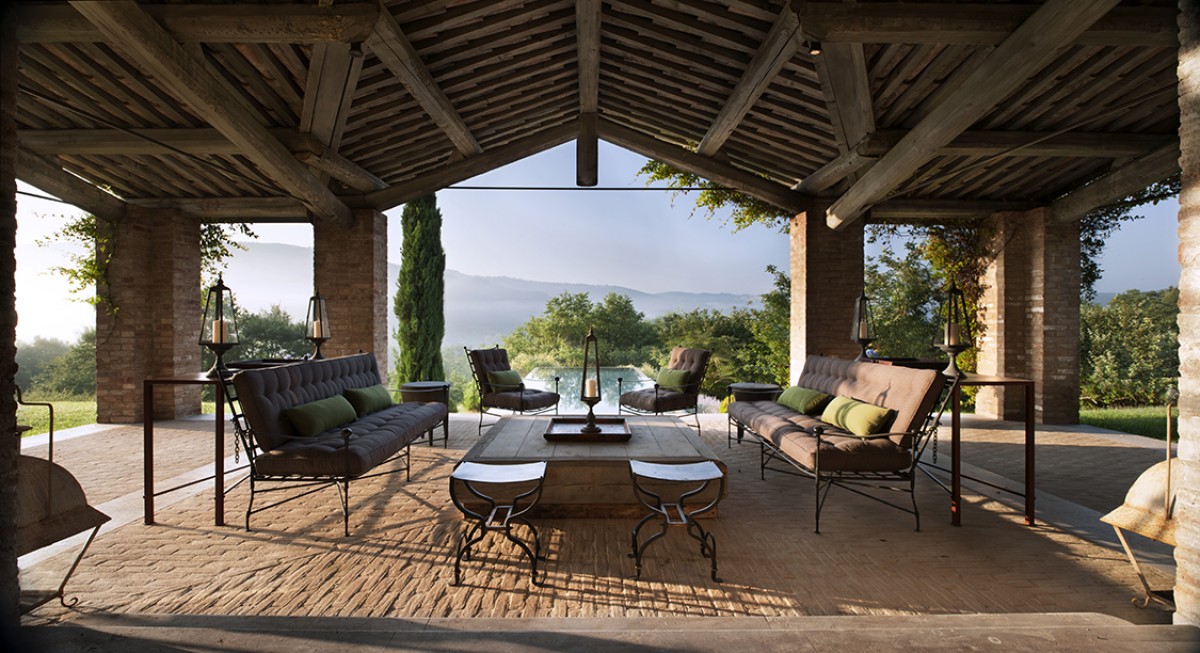 „Design should create the feeling that you are entering a place where everything suits you perfectly; a place you have been knowing for years but where surprises are still lurking...“
Benedikt Bolza

To describe Castello Di Reschio in Umbria without resorting to clichés and hyperbole is almost impossible. What is for sure is that pictures and stories from that idyllic Italian mansion somehow naturally teleports us into some indefinite period of time, somewhere between ancient history and the future. A moment enriched with luxury and peace of mind at the same time. A perfect instant of timelessness to which we can surrender and enjoy but meanwhile be ready to get surprised at every step.

The mansion itself is evidence of how beautifully buildings may age. In combination with the attention to detail and furnished will all modern amenities that one could desire, everything in Castello di Reschio looks almost far too beautiful to be true. It reminds a movie set, and at the same time, there is no item that is unnecessarily pretentious. Everything looks as if it is naturally belonging to the place and has always been a part of it.

The history of this incredible mansion and the family managing it is equally fairy-tale romantic. In 1994, Count Antonio Bolza and his wife, Angelika, acquired Castello di Reschio, a 2,700-acre estate in the hills of Umbria, Italy. They had the vision to restore and renovate the obsolete farmhouses in the mansion, dating back to the year 1202. After graduating in architecture in London, the son of Count Antonio, Benedikt Bolza, took over the management from his father and set his remarkable footprint over the mansion. One by one the properties in Castello di Reschio have been restored and transformed into luxury homes for insightful new owners from all over the globe, turning them into idyllic holiday homes lying under the golden sun of the iconic Italian province.

Count Benedikt has preserved the authenticity of Italian mastery with his vision for each unique residence within the area, designing engineering miracles, such as the monastic underground wine cellar of Casa Delle Suore and the magnificent manually carved travertine bracket-type spiral ladder of Palazzo. There is no detail to miss the attention of Count Benedikt, everything – from lighting units to the items of furniture – is designed according to his requirements and fine insight.

The creation of something so special, such as Reschio is a real challenge. This monumental project for transformation of the huge mansion is even more outstanding, due to the fact that it Is a family undertaking, an idea carried over from generation to generation. Out of the 25 homes in the mansion which are restored and turned into luxury Tuscany-style villas, there are ten rented out when not in use by their owners. The newest among them is the recently completed Casa Delle Suore. In this real estate Count Bolza has gone to new levels of perfection.

Believed to be a former monastery, the House of the Sisters is situated in a rather secluded recess of the mansion. Bolza has designed Casa Delle Suore with the view of making maximum use of the expanse and the fantastic pastoral landscapes of the place. The light is abundantly filling in all spaces and every window is framing elegant pictures of golden fields, alternating with dark green forests and shrubs.

Especially impressive is the swimming pool, in which the water flows in cascades from the veranda of the home, with a view to the other part of the mansion, downwards to the stone steps at its shallow points.

Another intriguing feature is the underground brick-stone wine cellar. The feeling while going down into the dim-lit cool space is almost meditatively blissful. The cellar is built in a way to maintain fully uniform temperature all over the year. Here, you can surrender yourself to the temptation of enjoying a glass of quality wine or whiskey.

Impressively furbished with designer furniture, engineered by Count Bolza himself, the house is packed with unique works of art and items found across the antiquity markets of Parma. Thus, Casa Delle Suore, although boasting with all possible modern amenities, succeeds to preserve a lot of the character of the past of the old building. The two ancient mulberry trees in the yard, welcoming the guests on their entry are preserved with that idea.

The long-term impression made by the mansion is of an urge towards renovation and continuation. What was once found in a state of decay is now finding its new incarnation. And in the same spirit of renovation Castello Di Reschio is on its way to undertake the next transformation, the culmination of the years of planning and work and probably the most important moment of the initial idea of acquiring the land. This is the completion and transformation of the castle into a luxury boutique hotel which is to open its 36 rooms to visitors in June this year.

At the foot of the mansion there is the exquisite Ristorante alle Scuderie – a restaurant and bar which is among the mandatory destinations, even if you are not staying as guests of the mansion. The fresh products in its kitchen are locally produced, including the homemade olive oil and wine of Reschio. Imagine fully ripe, blazing red tomatoes, buffalo mozzarella, basil, pasta, gazpacho, bread, olive oil, balsamic vinegar, salt and wine. Modest, tasty, fresh. Italian. (Sounds as a real paradise on earth and its name is Castello Di Reschio.)