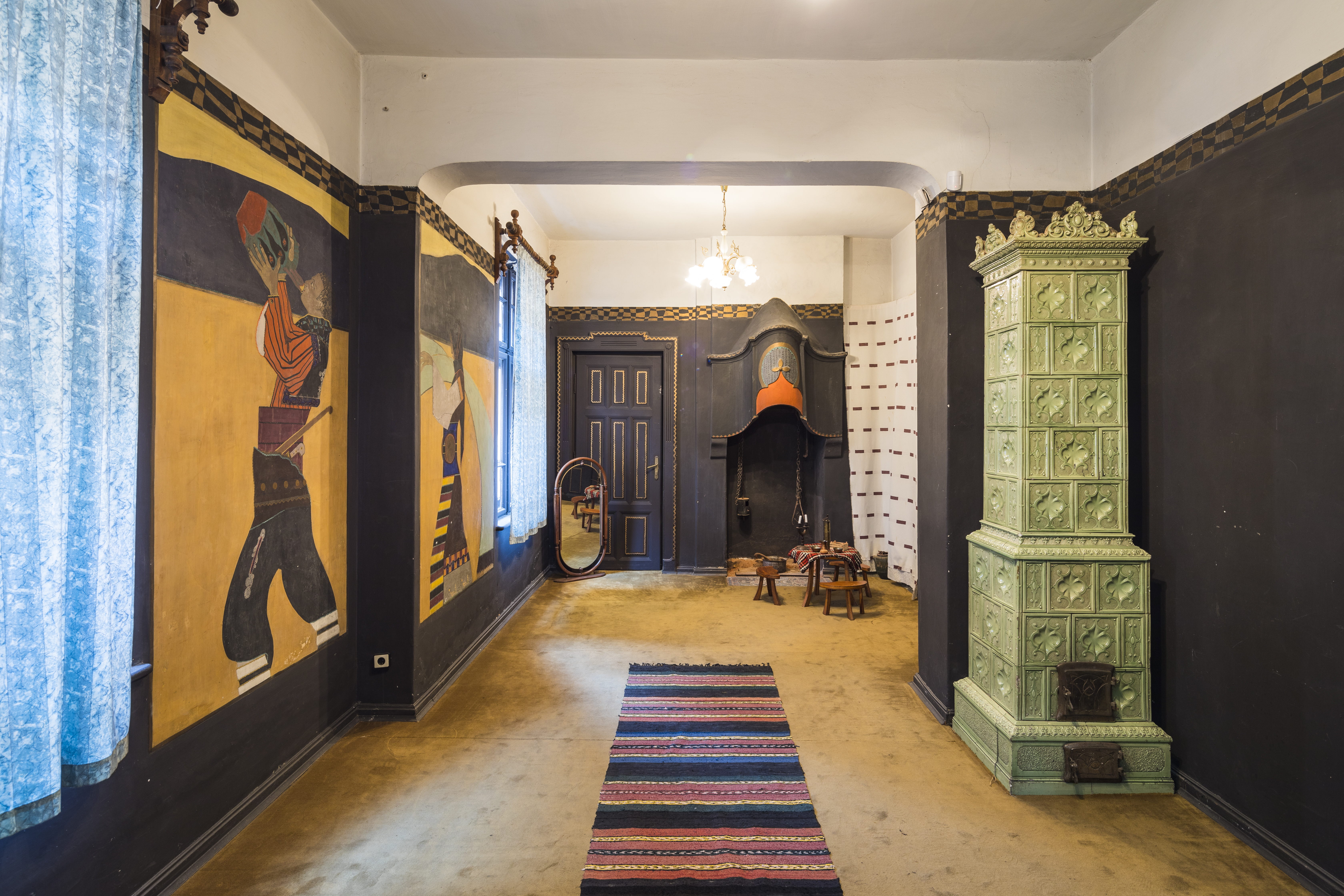 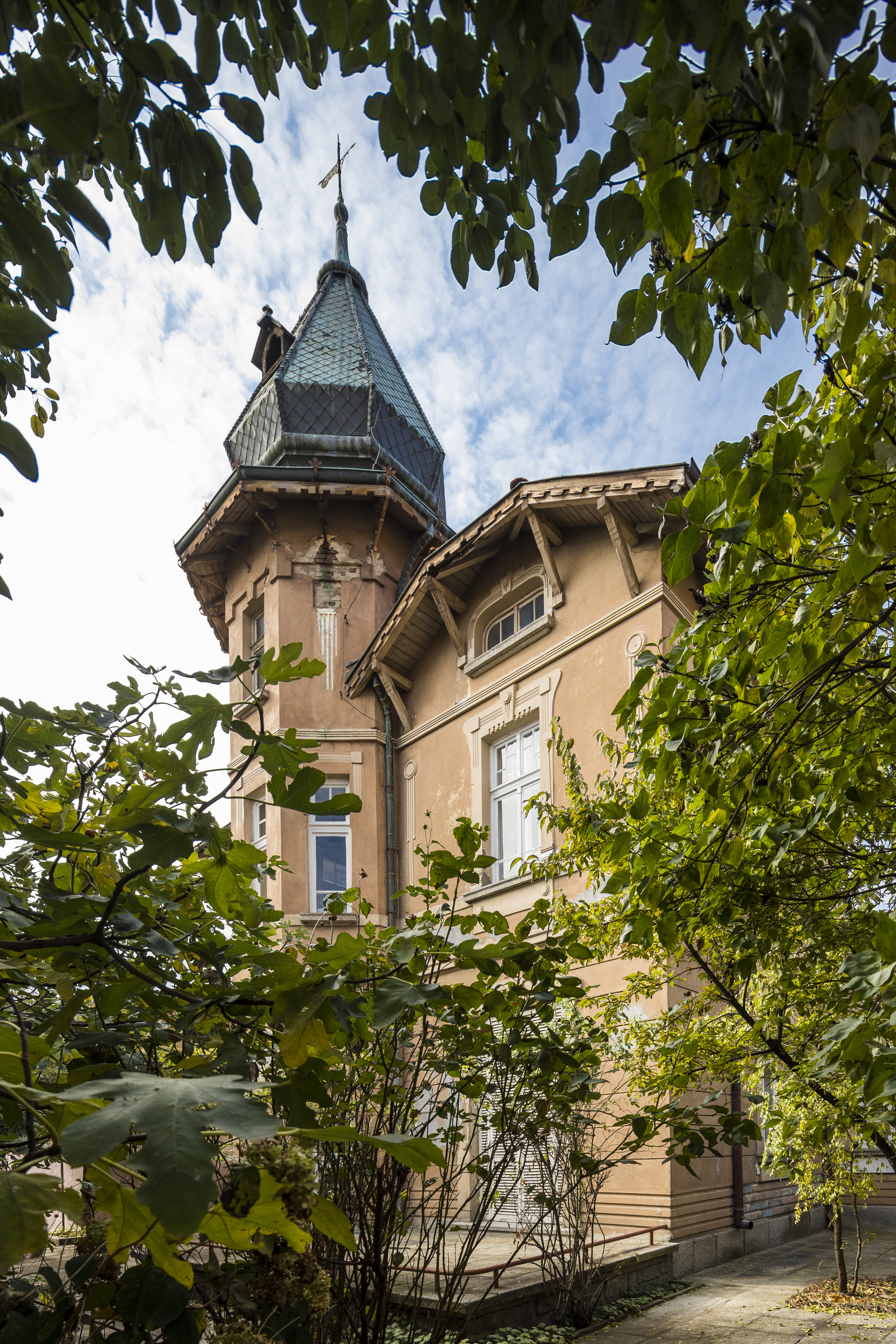 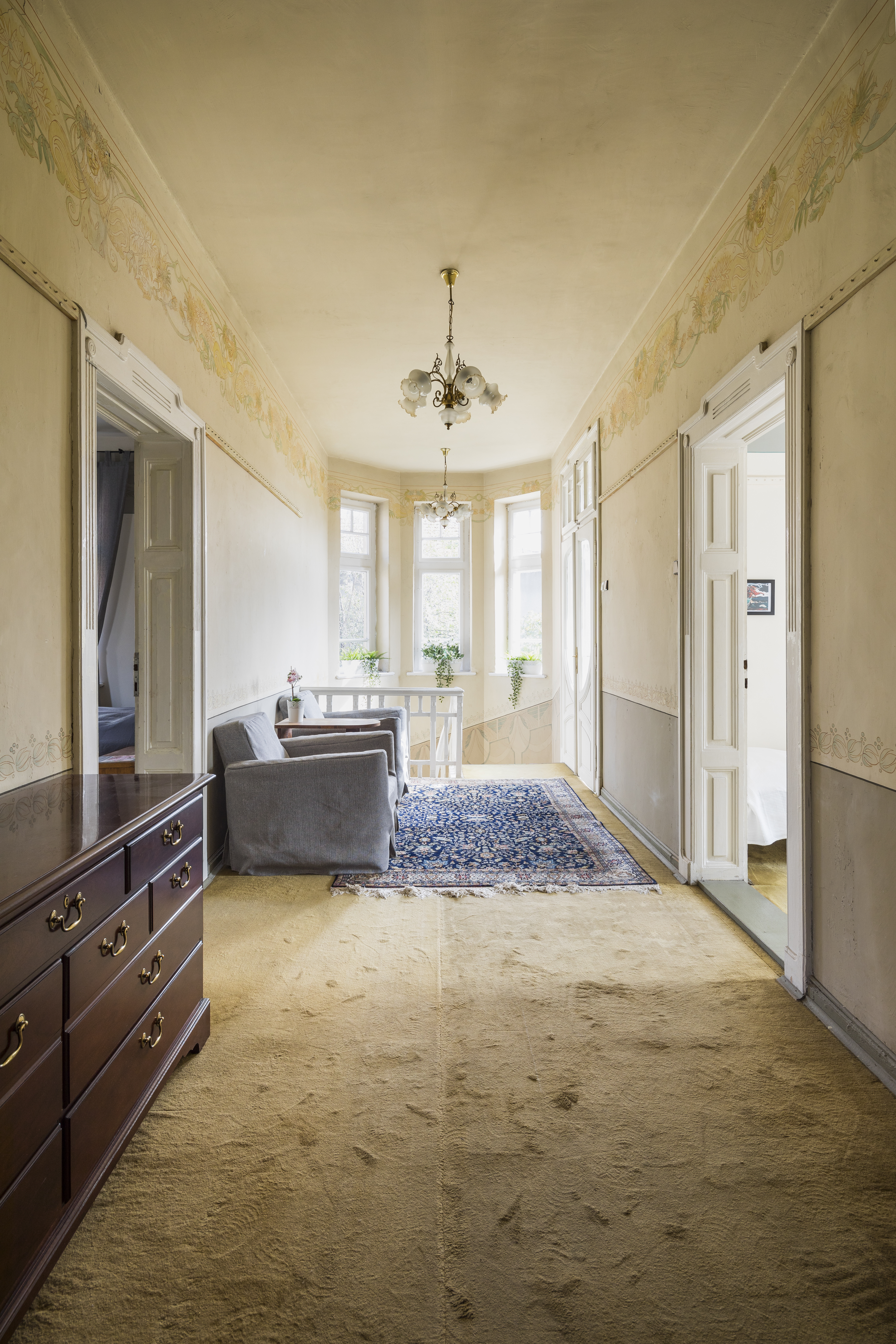 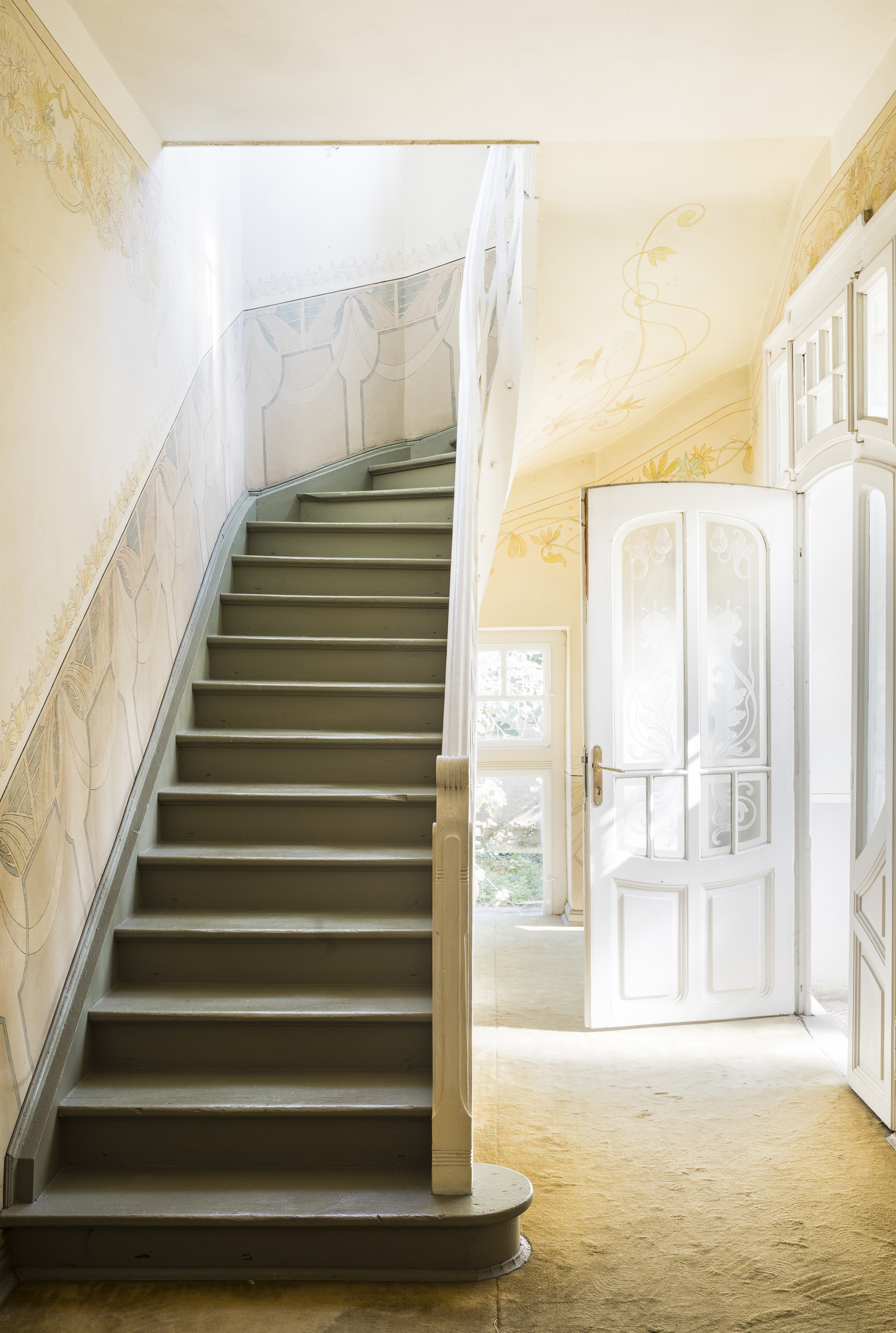 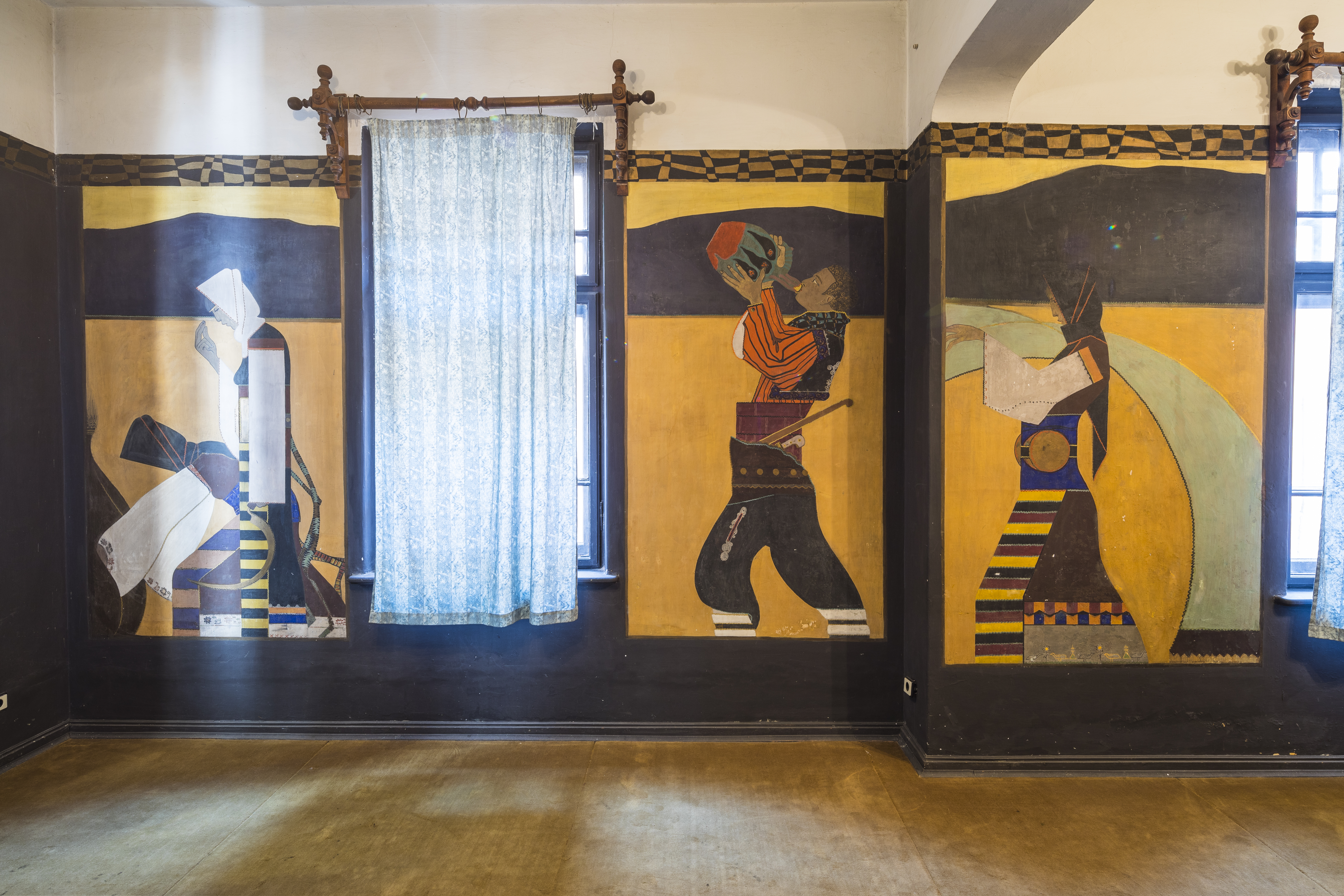 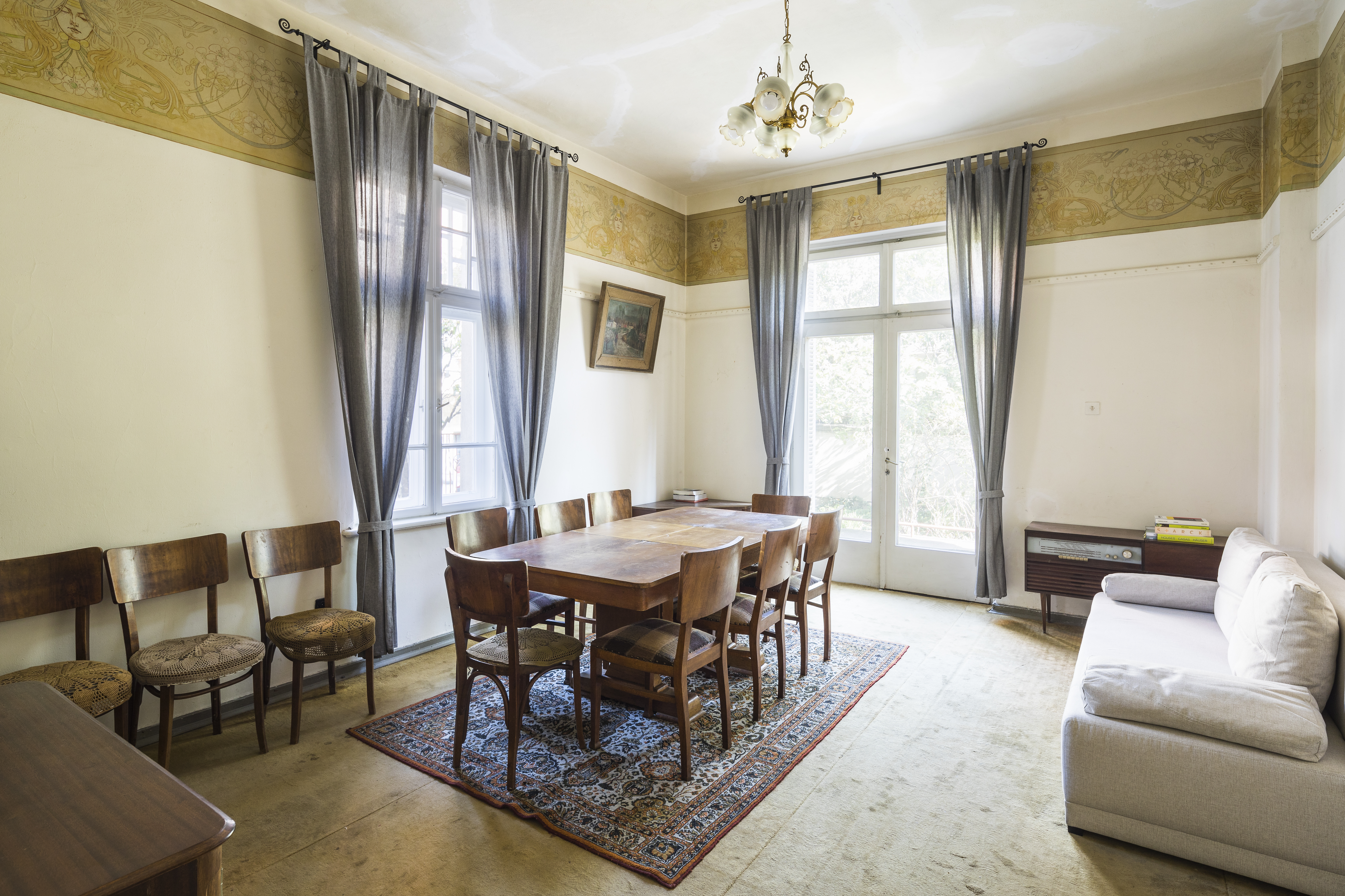 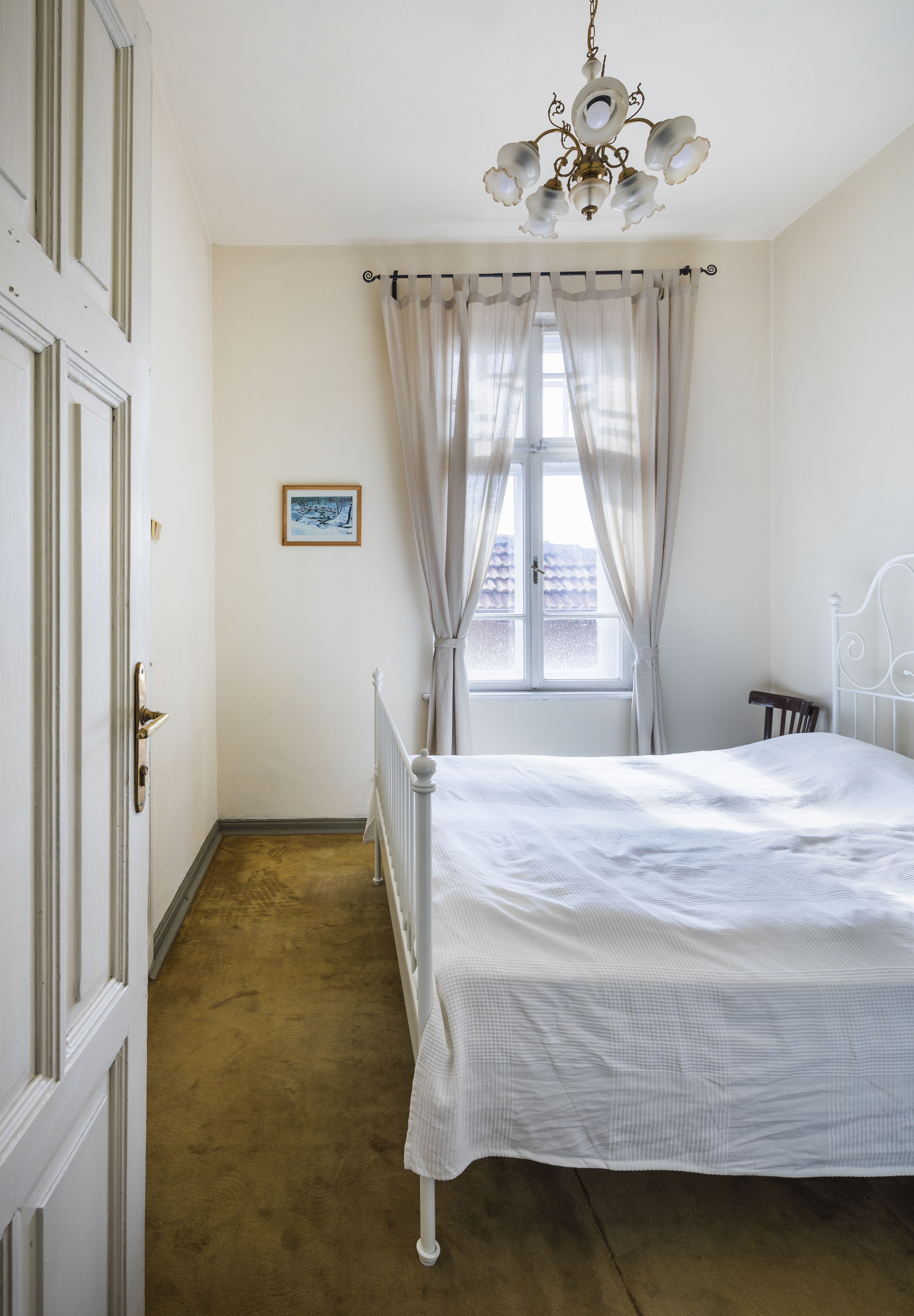 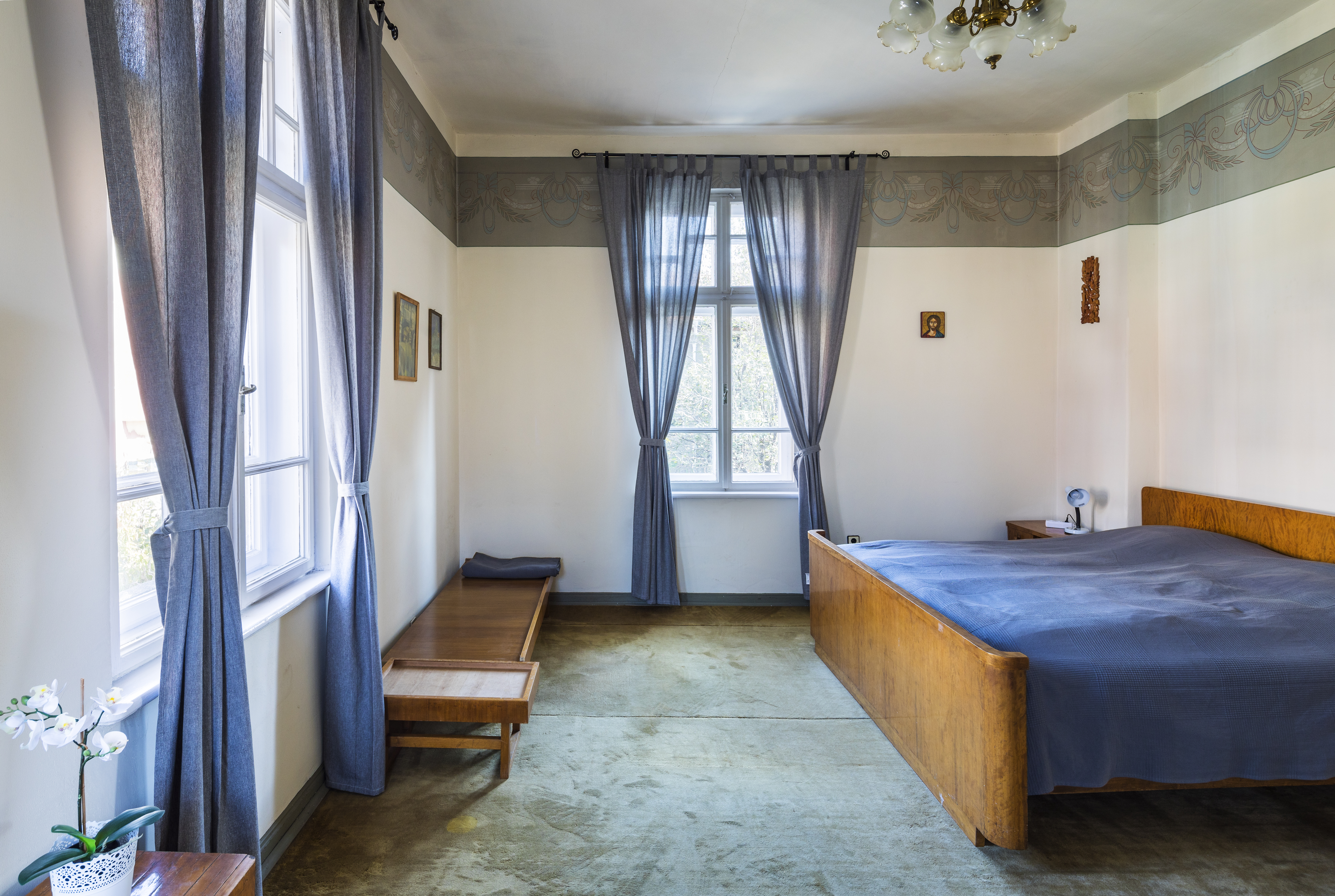 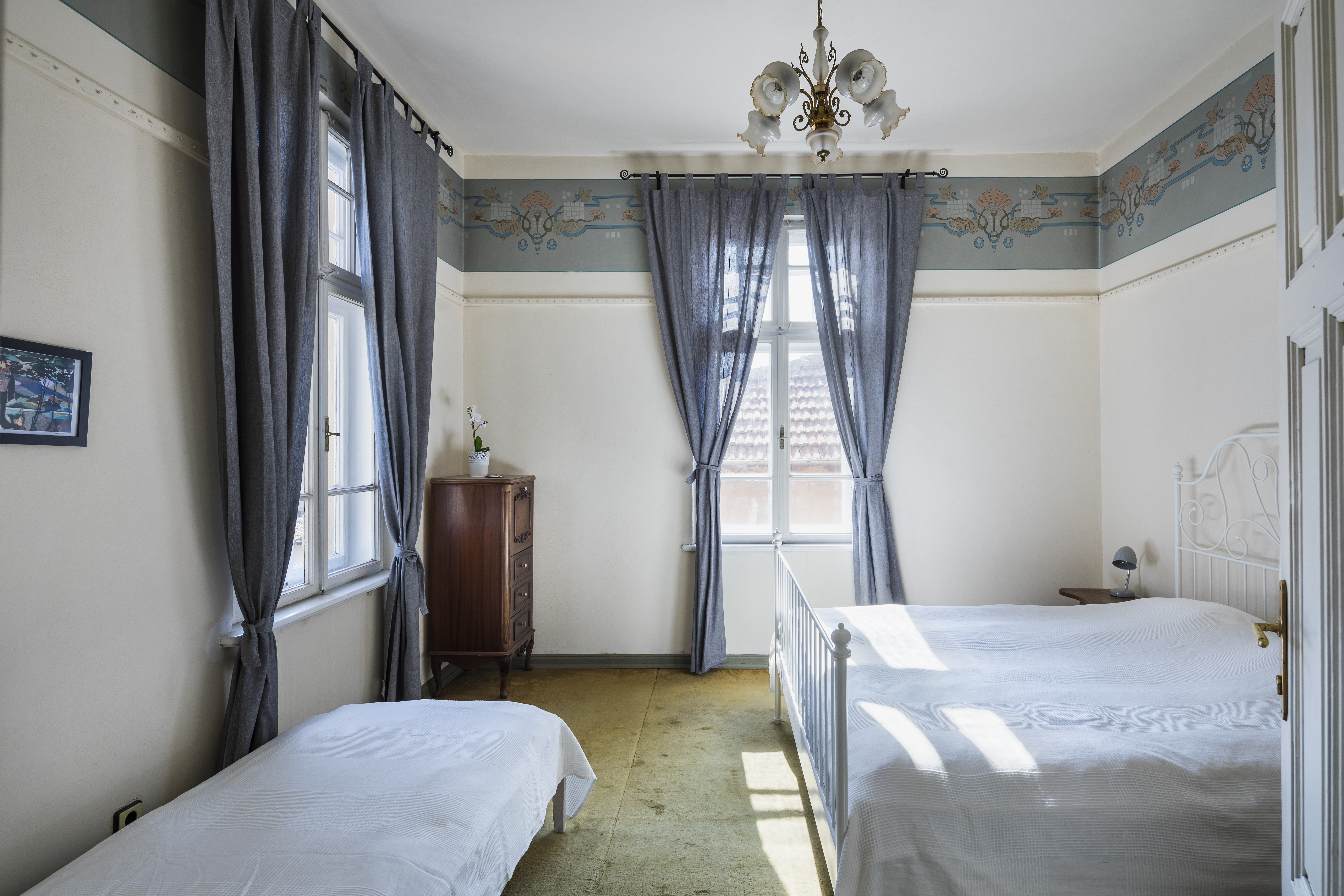 For the honour of a house

A renowned architect, a tragically deceased artist, furniture lost without a trace, a sword of a military officer and dozens of human destinies – Stoyan Staynov’s house in Kazanlak is rich in stories

The house with the tower, as people of Kazanlak know it, is one of the most remarkable buildings in the town. For many years it was also the highest, the most different, as well as the first electrified residential building here. It was built to the design of the famous architect from Sofia Nikola Zankov and completed in 1905, while twenty years later Ivan Milev painted the walls of its living room on the order of Manyu Staynov.

„Ivan Milev has been something like the family artist, “says Mihail Staynov, the grandson of Manyu Staynov and the last one born in the house.

„All the Staynovs are owners of pictures he made. In the first place, the portrait of the writer Anna Kamenova, also “The Snake Marriage”, “Three Saints”. Staynov Brothers assigned to him to paint a portrait of the company patron Petko T. Staynov but it perished in flames during the bombings of Sofia in 1944. “

Mihail keeps a lot of memories from the house. After it was nationalized by the state in 1948, his family moved to Sofia but he was coming back to Kazanlak in the summers.

„The room with the wall paintings and the whole second floor was occupied by families of military officers. My kingdom was the attic. It collected some of the furniture and personal belongings from the rooms held by the imposed tenants. The hexagonal room under the tower was arranged as a study with an enormous desk and a library. There were toys leftover from my father, closets containing clothes of my grandfather, my grandmother and my grand-grandmother, a general’s full-dress of the brother of my grand-grandfather. The officer’s sword of my grandfather was hidden there. My grandmother and all people visiting my house told me stories about my grandfather Manyu. 20 years and something have passed since his death, the regime has changed but people didn’t forget him and were keen on sharing with me the admiration and gratitude they had for him. This hero grandfather of mine held the first place in my childish memories. “

It is namely Manyu who invited his fellow citizen Ivan Milev to paint the walls of the most used room in the house. Recently graduated with honors from the Academy of Arts in Sofia, the 27-year-old artist was attracted by the art nouveau style then trendy in Europe but intertwined it with elements from Bulgarian folklore and iconography. This is exactly what makes his art absolutely unique. Such are the wall paintings in Stoyan Staynov’s house – monumental images of a village maiden, a villager, women reapers, a village woman with a bundle of hay.

Milev also designed the overall interior of the room and furniture. After the nationalization, however, this furniture is lost forever.

„They have told me that the furniture was designed in his ethno-art nouveau style. There was a couch around the fireplace, a large round dining table and replicas of home spinning tools. There were shelves with characteristic tableware and folklore music instruments on the wall, “ Mihail says. The furniture was taken out with the explanation that it would be used as props for the theatrical group at Iskra community center and thus it would be saved from nationalization. „In the mid-50ies when it came out that the house would remain to the owners and the military officer’s family accommodated in the wall-painted room freed it, my grandmother went to look for the furnishings in the community center but she found nothing. “

Mihail Staynov also says that the garden of the house was considered the most beautiful in the town for a long time. „It was open with a fretwork fence facing Petko Staynov Str. In the part where there is a two-floor house now, it was arranged as a park with lots of grass, peonies, shrubs, a pine tree and a chestnut tree. In the corner, there was an original circular arbor with a round table and a bench all around. Along the entire fence, there was a wooden frame wrapped by climbing roses. A similar wooden frame encircled the terrace too, also covered by climbing roses. “ The garden may no longer have much in common with its original appearance, however, the house and the pictures of Ivan Milev are fully restored. The wall paintings were restored within the period 1982-1986, and the building itself- in the last year.

The restoration is the work of Dipl. Arch. Aleksandar Staynov and includes the renovation of the time-damaged elements, exterior woodworks, the original old Austro-Hungarian tiles have been preserved. With this appearance, Stoyan Staynov’s house is expecting its new owner. „I would be happy if it goes to a person with good taste, respect for the history of the house and resources to keep it in good condition, “ Mihail Staynov says. In the ideal case, he imagines it as “a well-off single-family house which 2-3 times in the year (e.g. for the Rose-picking, the Thracian Kings’, Chudomir’s celebrations) opens its doors for a visit to the wall paintings and possibly another collection of the owner. It is possible to organize it as a private museum or a cultural center on the first two floors and to arrange a residence or an office in the attic. “