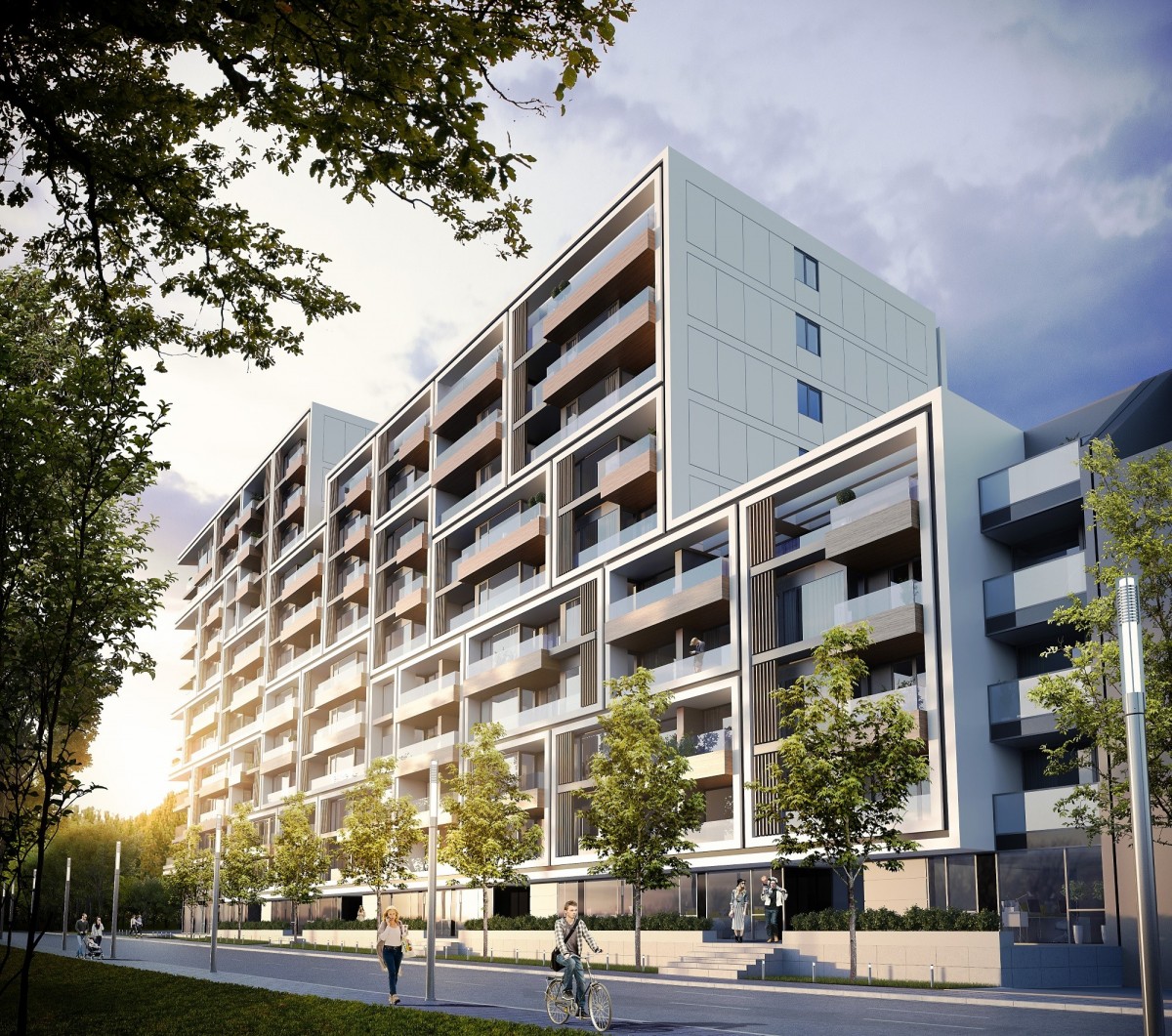 Unique Estates presented its analysis of the real estate market in Bulgaria for Q2, 2016, highlighting some interesting facts and stable trends:

The real estate market in Bulgaria has experienced a rise since the beginning of 2016, with growth of price rates up to 7% and a trend for price rates increase by more than 12% by the end of 2016.

Low interest rates on deposits, which reached unprecedented levels, provoked some of the sellers to invest in repairing properties, bought just two years ago, in order to position them in the highest possible price segment and seal deals of EUR 2,000/sq m. Another interesting trend is the simultaneous listing of properties for both rent and sale. Moreover, buildings in the planning phase, which are situated in good locations and offer a new quality standard of living, modern spaces and floor plans, are getting sold right when a building permit is acquired.

According to the Unique Estates statistics, transactions with the purpose of investment and subsequent renting have increased by more than 12% in the first half of the year due to the extremely low interest rates on deposits, which fell to 0.05% in some of the big banks. А further impetus to the market is given by the continued decline in mortgage interest rates, which according to the National Bank of Bulgaria, have already fallen to 10% in levs and 7.35% in euros by the end of May. This induces people with growing families and improved financial status to purchase homes for personal use.

The zero base interest rate, preserved by the Bulgarian National Bank (BNB) in July, is affecting not only the growth of property transactions, but also the payment method trends. Purchases, fully subsidized by own funds, have decreased by 14%, but personal savings are still the leading investment in the market. Another reason for this, are the extremely low deposit interest rates in June which fell to 0.05% in two of the largest banks in the country. Property transactions funded by up to 30% mortgage loan have risen by 6%, while loans covering from 81 to 100% of the amount needed for the purchase have increases by 2%. Even though it is by just 1%, consumer loans taken to purchase a home also mark an increase. An interesting trend is the emergence of deals financed with funds provided by relatives.

The change in the luxury property market, registered in Q1, 2016, continues on strong pace, driven by low bank interest rates and shortage of quality housing. Increasingly demanded are homes with living space of 200 sq m or more, with three or more bedrooms, and two parking spaces. In Sofia, the preference remains for downtown areas, such as the Doctor's Garden, where in Q2 the most expensive deal for an apartment on Oborishte Str. with three bedrooms and a study for EUR 3,400/sq m was signed, and Lozenets district, where transactions of EUR 2,000/sq m for properties in new luxury buildings are made.

Increased interest in residential areas is also reported in the districts of Izgrev and Dianabath, which are close to the Loven Park and Borisova Garden, as well as to the subway. The great potential of the location is appreciated by several serious investors and currently an increased number of deals are concluded at the rough construction stage in projects such as Alba, which has over 100 luxury apartments.

Buyers of higher-end properties remain interested in complexes such as St. George. Its proximity to the Anglo-American School attracts wealthy buyers ambitious on their children's  good education. Admirers of nature and water sports, on the other hand, are tempted by the green complex of houses with private gardens because of its closeness to the Pancharevo lake and Iskar dam, as well as the quick access to Vitosha mountain via the Simeonovo lift.

“Most demanded are apartments with two or three bedrooms and ceilings from 3 to 3.20 meters high. The requirements are the master bedroom to have its own bathroom and closet, one or two more bathrooms for the other bedrooms, a spacious living room, and a separate kitchen. Special attention is paid to the parking spaces – they should be spacious and with comfortable ramps”, said Vesela Ilieva, CEO of Unique Estates.

The real estate agency warns buyers who are set on paying less by buying off-plan, that after the elevation of the floor on which they are buying is reached, the prices become equal to those of completed buildings with similar characteristics. Investors include the rise in their prices, which this year are expected to increase by 5.7% for each quarter. It has already become a trend for the site to be almost sold out by the time it obtains an exploitation permit.

Purchase or rent - trends and values

There is a significantly greater interest towards the purchase of apartments compared to other types of property - 83% of the purchasing deals are for apartments, 10% - for houses, and 7% -  for commercial areas. 48% of the properties are sold furnished, 38% - unfurnished, and 14% - partially furnished. The average size of the apartments sold is 160 sq m and of the houses - 234 sq m. Most of the sold properties are located in the downtown of Sofia and the Doctor's Garden region, followed by the districts of Boyana, Izgrev and Lozenets.

Regarding the rents, 79% are for apartments, 8% - for houses, and 13% - for commercial areas Unlike sales, when renting, 82% of the customers prefer the property to be furnished, 5% rent unfurnished apartments and 13% - partially furnished. The average size of rented apartments is 125 sq m, and of rented houses - 343 sq m, i.e. the tendency is to rent smaller apartments and bigger houses. Most rented properties are located in the district of Lozenets and Sofia downtown, followed by the Doctor's Garden region, the districts of Boyana, Iztok and Manastirski Livadi.

The tendency, reported in the first quarter of the year, of concluding more and more deals without a discount in the price, remains the same. Since the beginning of 2016, there has been a 7% increase in the number of deals concluded at the selling price. They represent almost one-third of the market. Currently, there are almost no discounts on the initially listed prices. In rare cases, the maximum possible correction in the price of the property can be up to 5%. It is interesting that there is a rise in the number of purchasing contracts concluded at prices higher than the originally quoted price.

Purchase for the purpose of living remains leading on the market, and it is further driven by the cheap loans and the narrowing of the difference between rent payments and mortgage installments to just a hundred of levs. 81% of the contracts, concluded by Unique Estates, are for residential purposes. Sales, on the other hand, are mostly conducted for the purpose of exiting an investment and realizing a project - at 26% it provides resources for investment in new and luxury buildings with more amenities, which meet the higher requirements of modern customers. A pending need for money is the reason behind 20% of the sales, while 12% of the people leave their current homes in order to purchase bigger properties with more amenities and in better locations. 3% of the properties are listed for sale in order to repay old loans, and 9% of the sales are conducted for the purpose of relocating.

The decision-making period becomes increasingly shorter - more than half of the deals (55%) are concluded within a month, due to the reasonable prices which match the market’s supply and demand. In 32% of the cases, the sales negotiations take up to three months and the decision to conclude a deal is taken after 10 viewings on the average. It is becoming increasingly rare for properties to stay a long time on the market. Nevertheless, it still depends on the condition and the location of the property, as well as the condition of the building and the district where it is located.

The experts of Unique Estates expect a growth in the real estate market during the summer months as in the period from July to August the interest in property purchasing increases by 5 - 10%. A reason for this tendency is the fact that Bulgarian citizens, living abroad, are coming back for a vacation in Bulgaria. Until recently, they kept their money in Bulgarian banks due to the higher interest rates of deposits, but this practice quickly changed when the Bulgarian National Bank followed the European Central Bank’s policy of decreasing the interest rates.

“We expect that there will be a rise in the number of properties purchased by Bulgarians living abroad due to the fear of devaluation of their savings”, said Vesela Ilieva. These forecasts are based on the increased by 20% inquiries for luxury properties coming from outside the country.

“High- and mid-level managers, as well as well-paid IT experts, specialists in the fields of medicine and trade, who work on a contract and have families and children, remain the primary driving force behind the real estate market”, says Vesela Ilieva. “They buy properties in areas where they have rented homes up until now or move to more prestigious neighborhoods.”

The number of foreigners, investing in residential properties in Bulgaria in the last months is small, shows the analysis of Unique Estates for the second quarter of the year.