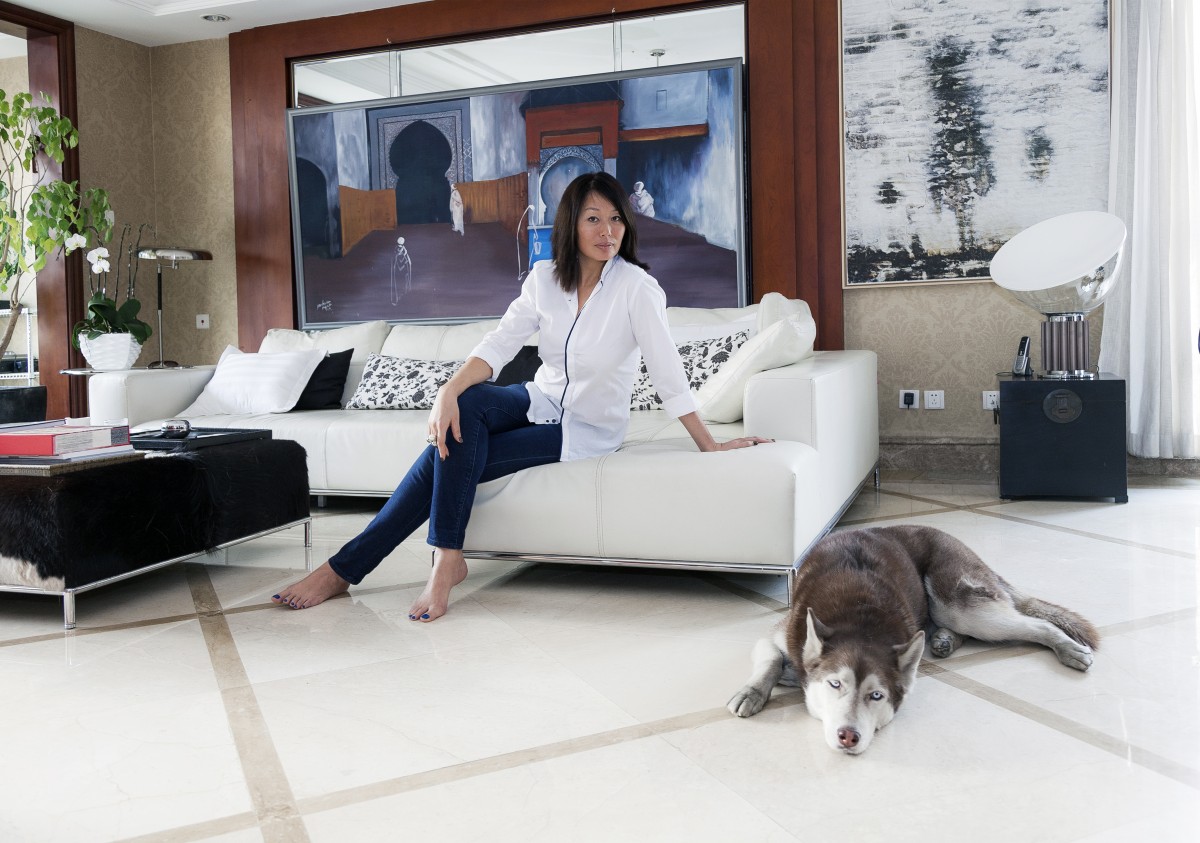 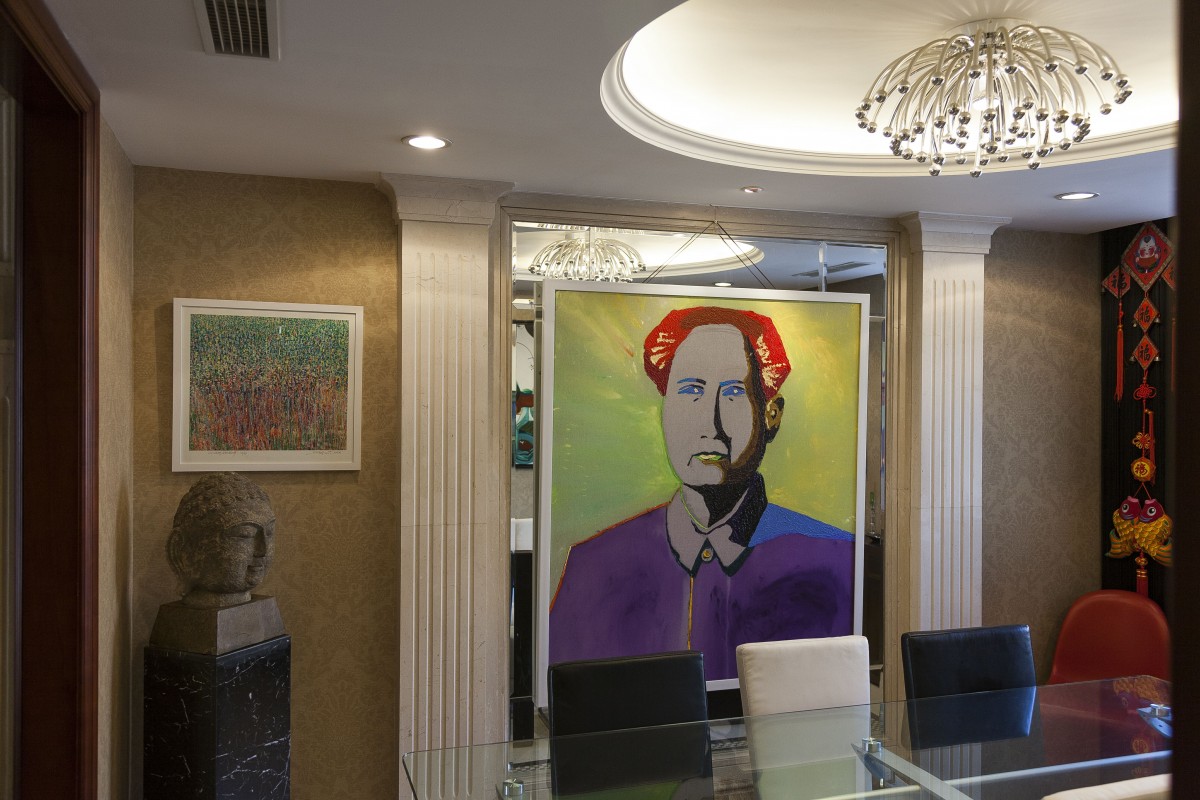 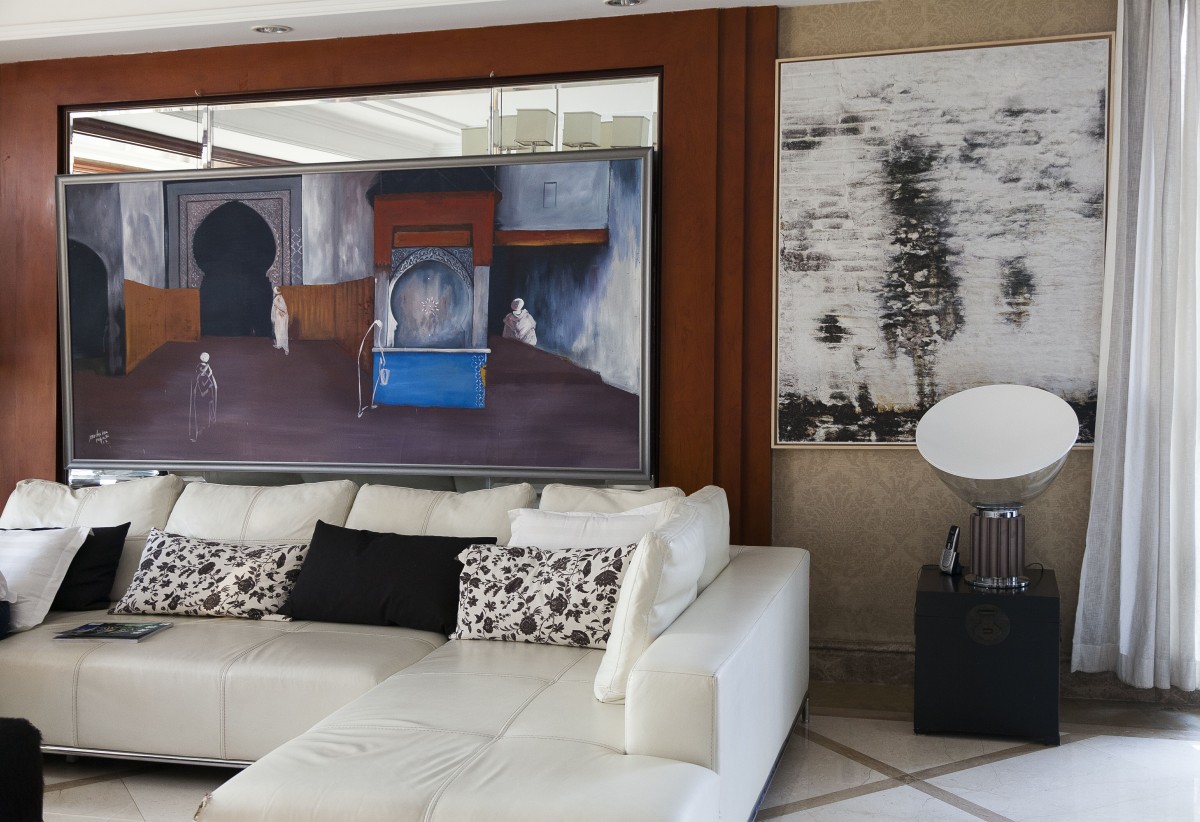 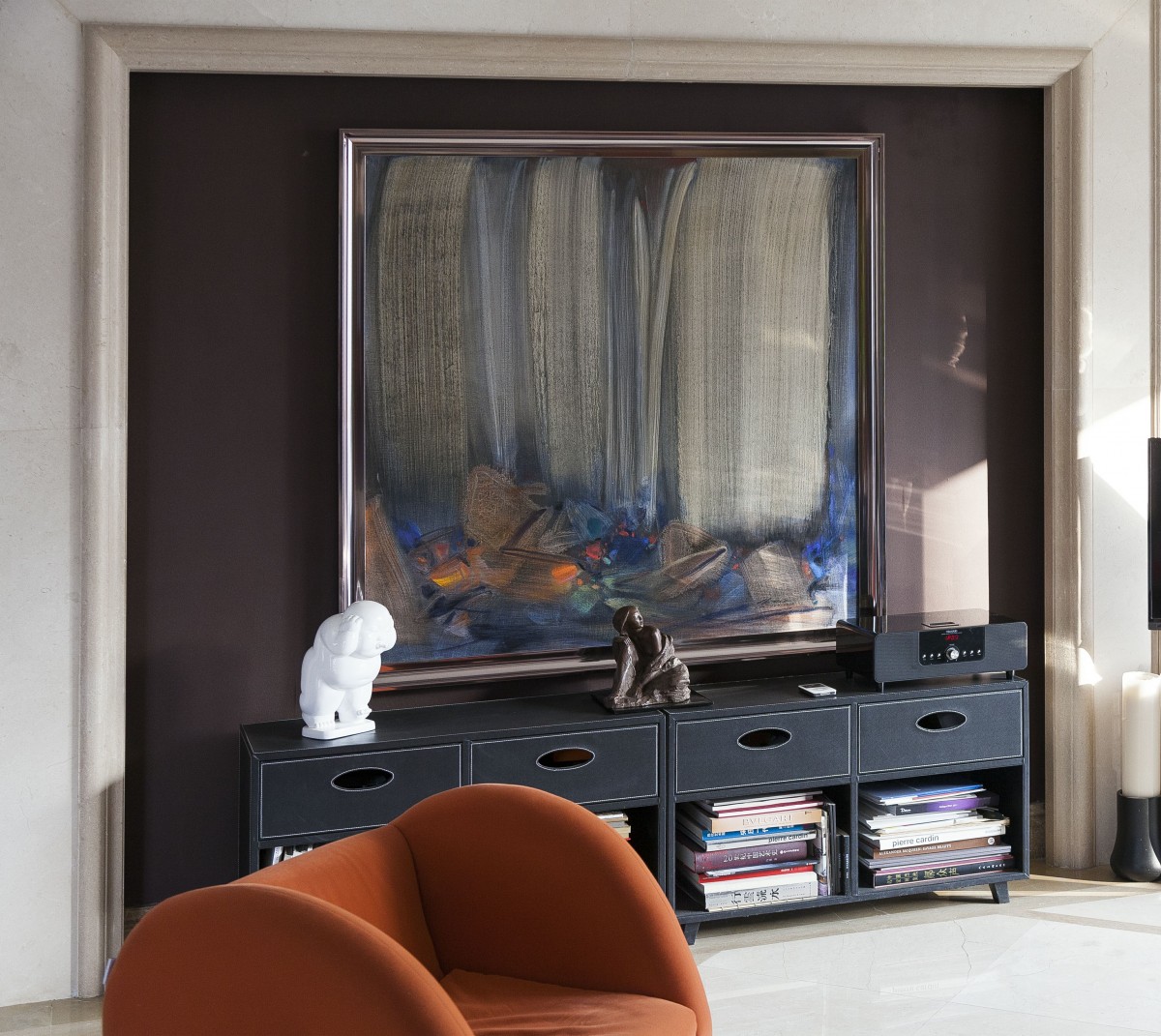 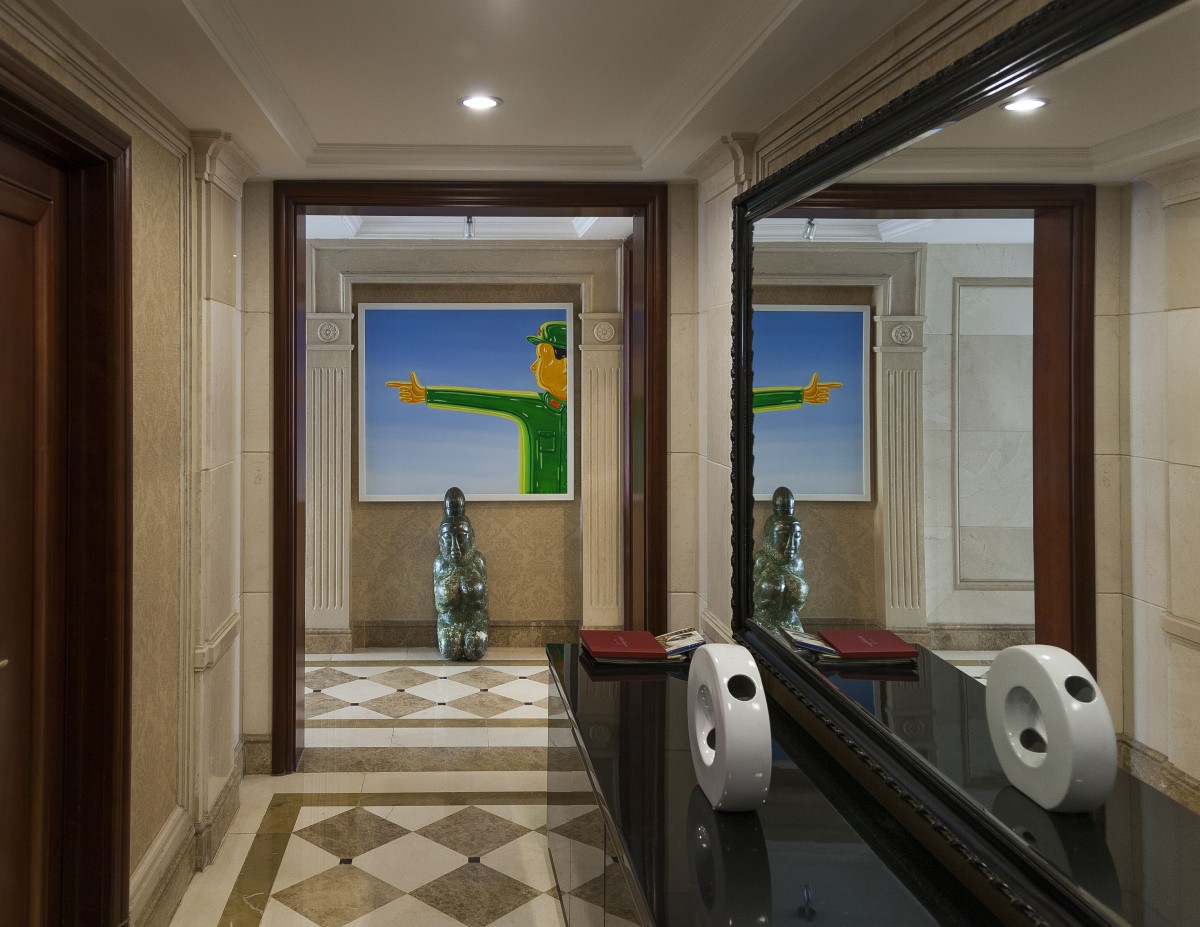 A cause of the heart

The first Chinese top model, Kai de Bak, turns his Beijing apartment into a mini-gallery. He admits he follows the heart, not his wallet in the choice of art.

In 1979, in Beijing, in a closed-door fashion, the first fashion show by French fashion designer Pierre Cardin was held, thanks to the organization and support of the famous Sun Quay, known as Madame Song, or the wife of Bulgarian artist Marin Varbanov. She is the main driver of the Chinese fashion visit of the Parisian fashion designer, and it is also one of the leading models of the gorge to be the beauty of Kai de Bach, which then still carries her Chinese name Sha Kai. His current aristocratic family and lasting interest in art Kai owes his first husband, a Frenchman. It is no coincidence that instead of the bride's father in front of the altar, Kai stands up with Pierre Cardin, whom he still calls the pope. For a long time Chinese beauty is a representative of Pierre Cardin in China, which provokes her to keep her big apartment in a refined residential residence in the heart of Beijing and to buy an apartment in Paris near the Eiffel Tower.
We have a chance to get into her Chinese art house because of her close contact with Bulgarian artist Viktor Popov, whose career Kai is closely following in Beijing, where one of her favorite Chinese galleries, Yishu 8, is founded by Parisian Christine Kayol. 170 sq.m. with the help of a close friend - interior designer Kai de Bach has its most valuable possessions - the great art collection, unique jewelery and wardrobe, and a beautiful dog, a husky breed, named Cognac, that accompanies it everywhere. With ambitions in fashion, at the moment, the first Chinese top model trained in Europe is working on a major project for the opening of a Miami gallery. "I love to experiment and go with a lot of mood and expectation in new adventures. Miami's Concept Gallery will feature a selection of artworks and designer objects that add to life the sense of a lifetime celebration that makes us dream, "Kai's business idea reveals. With a lot of contacts at all the nodes in the world, it is not hard to imagine that only the most interesting and beautiful works of art will be found there. With a distinctly precise filter for beautiful people and things in life, she raises the bar too high both to her own art possessions and to those that will be sold at her gallery in Miami. "I'm not compromising anything. I have learned it from my life teacher - Madam Song, whom I adore. She did wonders of courage to happen as Pierre Cardin's gorge in the late 1970s in China, as well as taking part of the scenes of Bernardo Bertolucci's "Last Emperor" in the Forbidden City. Exceptional woman and inspiration. He did so much about culture and fashion in China at a time when it was very difficult to pave the way for everything coming from the West. I am grateful to the fact that he met me and her exceptional husband Marin Varbanov, who was the most noble person I know. Believe me, I know many nobles and aristocrats who can not stand on the little finger. Exclusive person, philosopher and genius artist. Because of it, in my heart there is a special place for Bulgaria and I am glad that in my collection came Bulgarian artist Viktor Popov, whom I met through his gallery artist in Beijing - Kristin Kayol. Thanks to her, among the valuable possessions in my home are her artwork by Juan Gang, as well as the painting of Kon Nin - a remarkable artist and eco activist! ".

Unlike many Chinese art collectors who rely on traditional calligraphy, Kai is a fan of contemporary Chinese art. At home there is one of China's most famous sculptures, Mao Zedong, created by Sway Jianguo, and Mao's picture, painted by her daughter Jade in Andy Warhol's styling.
"I had read an interesting survey of Chinese collectors, which I tend to agree with. Made in the traditional art exhibition in Hong Kong - Art Basel, Hong Kong. There was an interesting trend that the study authors noticed as a frequent factor in choosing Chinese collectors - that they have a lot of money as well as a lot of piercing in their common culture which provokes them very often to buy paintings as an investment, and not as a form of addiction. Well, I'm on the other, the smaller half of Chinese collectors who buy art, following the heart, not the wallet. In this line of thought, I certainly do not have a serious meaning in the contact book of the Chinese-based Zen Fandez, who sold some of his $ 5 million early paintings with over 3 million of the expected price, somewhat because of the gallery, who presented it outside of China - Gagosian Gallery. It does not matter to me because the art I buy is not of a mass character. That is, I'm not happy with the fact that besides me, this artist is also bought by Rupert Murdoch, let's say. I care about the value of both the work and the artist, and in this combination, the big question marks are often coming! "
We have the chance to spend a few hours with Kai de Bake, and we have the impression that the most important thing in her business relationship and her collector's guide is morality among the years spent in the fashion industry. Maybe because of this, its collection is not typical of the massive perceptions of a selection of artworks that are an investment in a farther future. For the Chinese beauty, enchanted by Maestro Pierre Cardin, beauty exists only in its purest form - as a sacred element of contemplation.