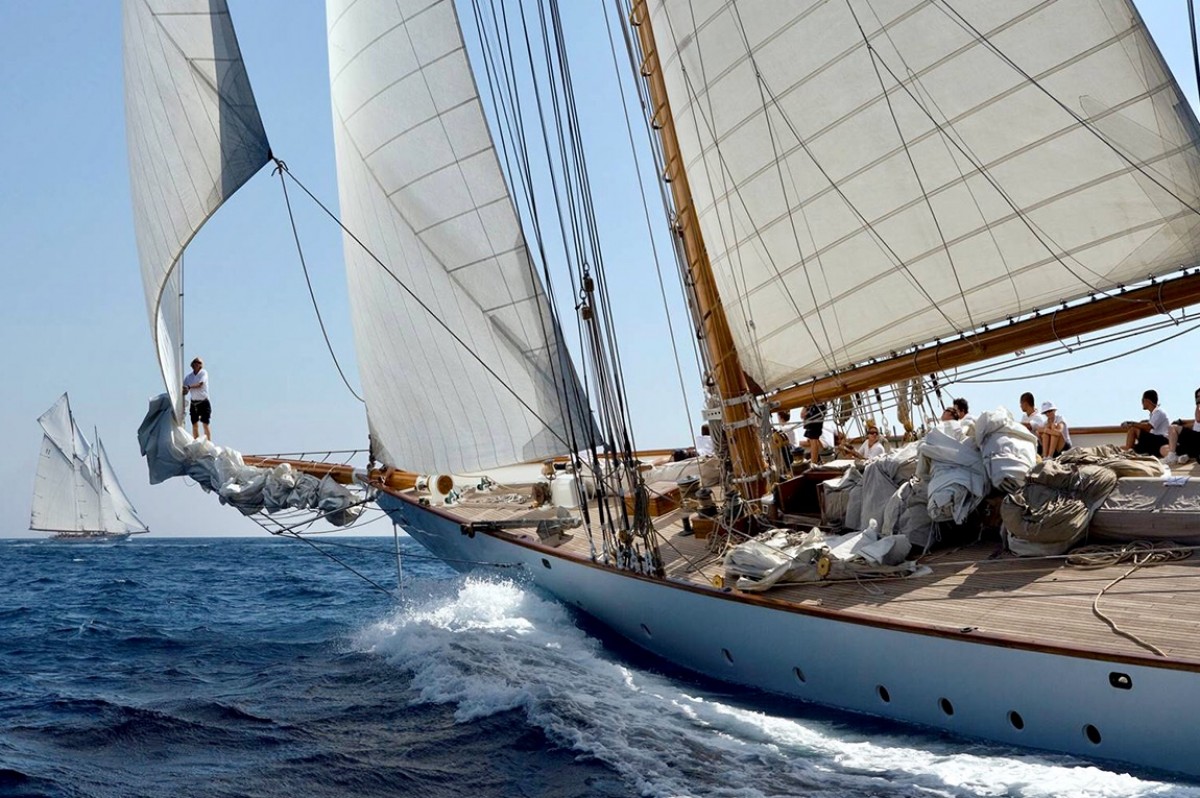 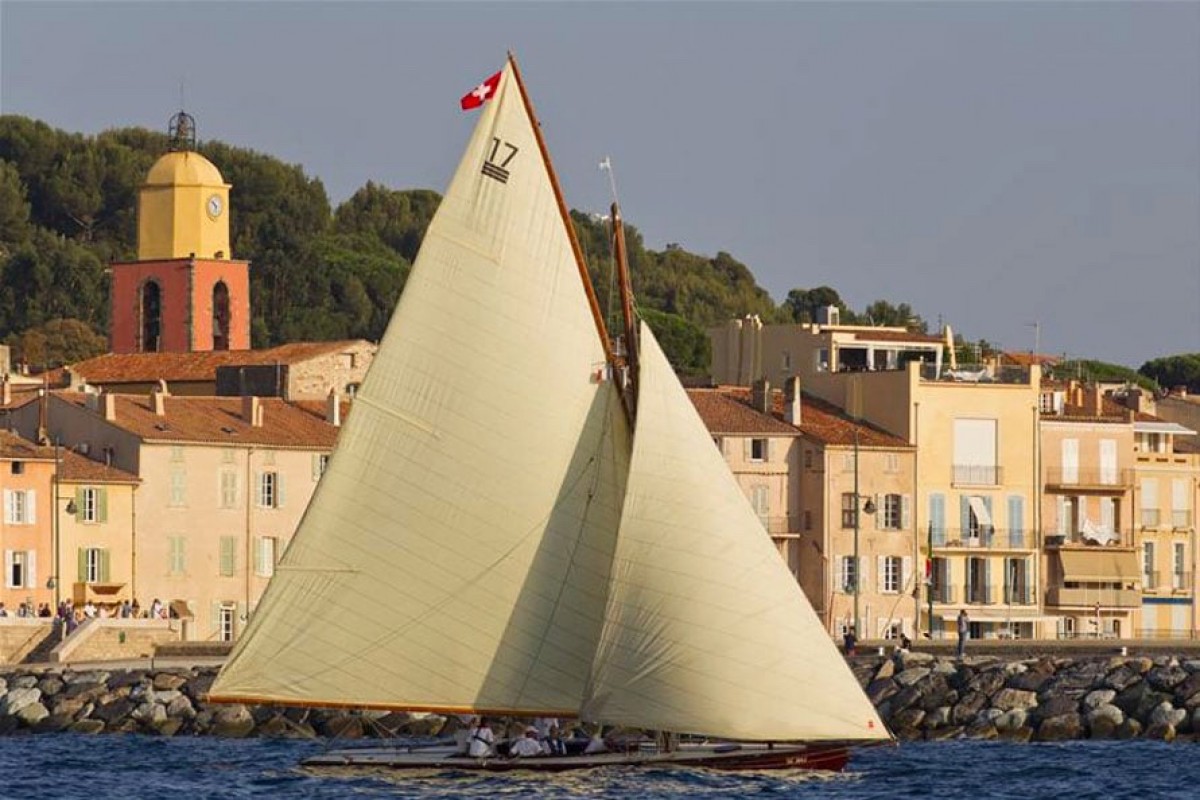 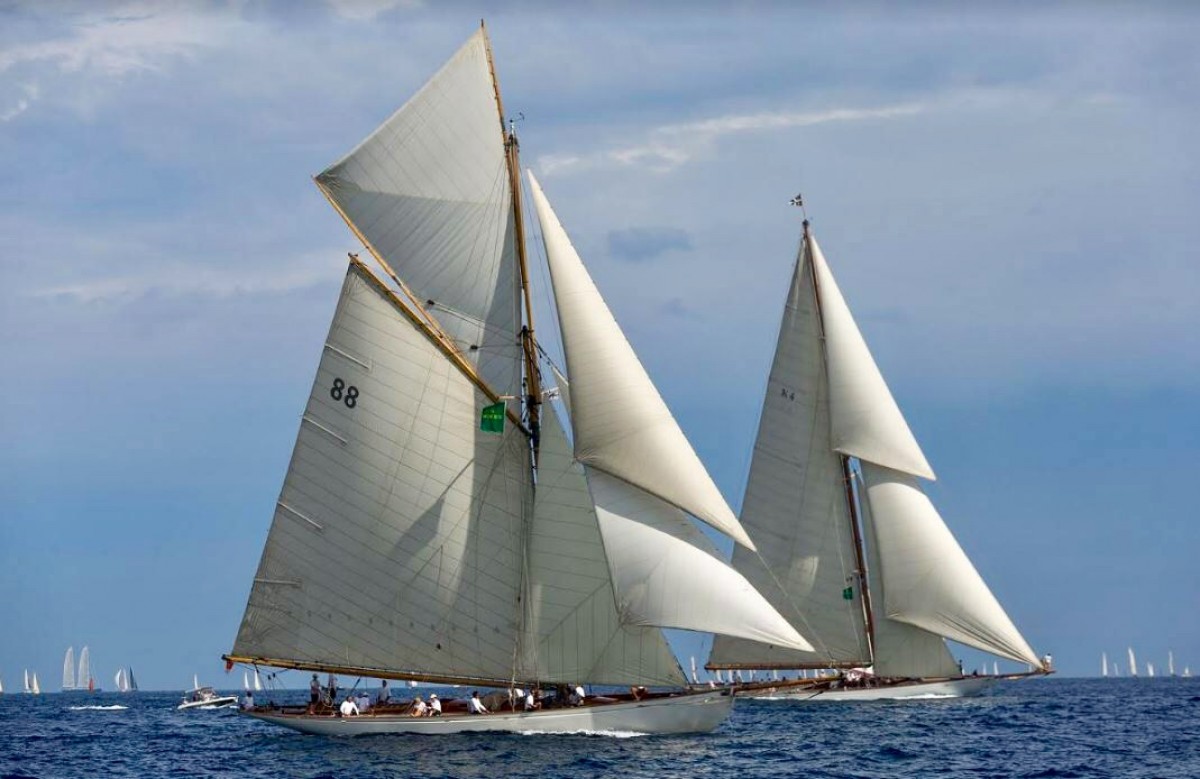 Graceful classic yachts alongside sophisticated modern boats, sailing against the pastoral landscape of the iconic coast of Saint Tropez. This is Les Voiles des Saint Tropez and this year the Regatta celebrates its 20th anniversary.

There are evenings in which great ideas are born. Like the one on September the 29th, 1981, when a challenge with little sporting interest, but to defend the honour of sail, set the beginning of the legendary Les Voiles de Saint Tropez. The notorious "Pride," the elegant "Swan 44" of the American Dick Jason and the 12-meter "Ikra" skippered by Jean Lorrain were up to measure their strengths in the Bay of St Tropez. The starting point of the race was a spot at the foot of the village, the Tour du Portalet, round the mark of the Nioulargo, and the final - the iconic restaurant "Le Club 55", located on the beach of Pampelonne. "Ikra" prevailed “Pride” and historically gave rise to this challenge  - the “Club 55 Cup”, thanks to the spontaneity and enthusiasm of Patrice de Colmont. And so, from this regatta was born a unique event, a gathering which allows ordinary racing boats to race with prestigious Maxi yachts, sophisticated prototypes and classic boats with legendary stories.

Marking the end of the Mediterranean yachting season, Les Voiles de Saint Tropez unfolds its sails on September 29, 2018 for its 20th edition. Nearly 4,000 sailors and more than 300 sailing yachts will gather in Saint Tropez in early autumn for an interesting program of racing and lively social events. During the seven-day meetings a beautiful fleet of modern, classic and Wally yachts will compete in several sailing courses along the coast of the French Riviera for the desired Rolex Trophy.

Among the traditional yachts that compete, there will be a selection of the iconic J Class fleet. The competition will be the final of the four major meetings of the international championship competition for the fleet held in 2018.

Nine of the class J boats continue to compete today, including the 39-meter ENDEAVOR charter yacht, the 37-meter Shamrock V and the 40-meter RAINBOW charter yacht.

Celebrating its 20th year, the 2018 regatta will not be alone in marking a special milestone. A fleet of fabulous Fife yachts, which sport the world-famous dragon, will be welcomed at the event to commemorate the yard's 130th anniversary. Plus, there will be the introduction of a new ‘Big Spirit of Tradition’ class in which a fleet of eight to 10 big neo-classic boats which will race together.

Concerts, exhibitions and a whole list of social events are expected to excite visitors in the upcoming sailing feast in Saint-Tropez.

The Les Voiles de Saint Tropez can be enjoyed from 29 September to 6 October when it is open for visitors.