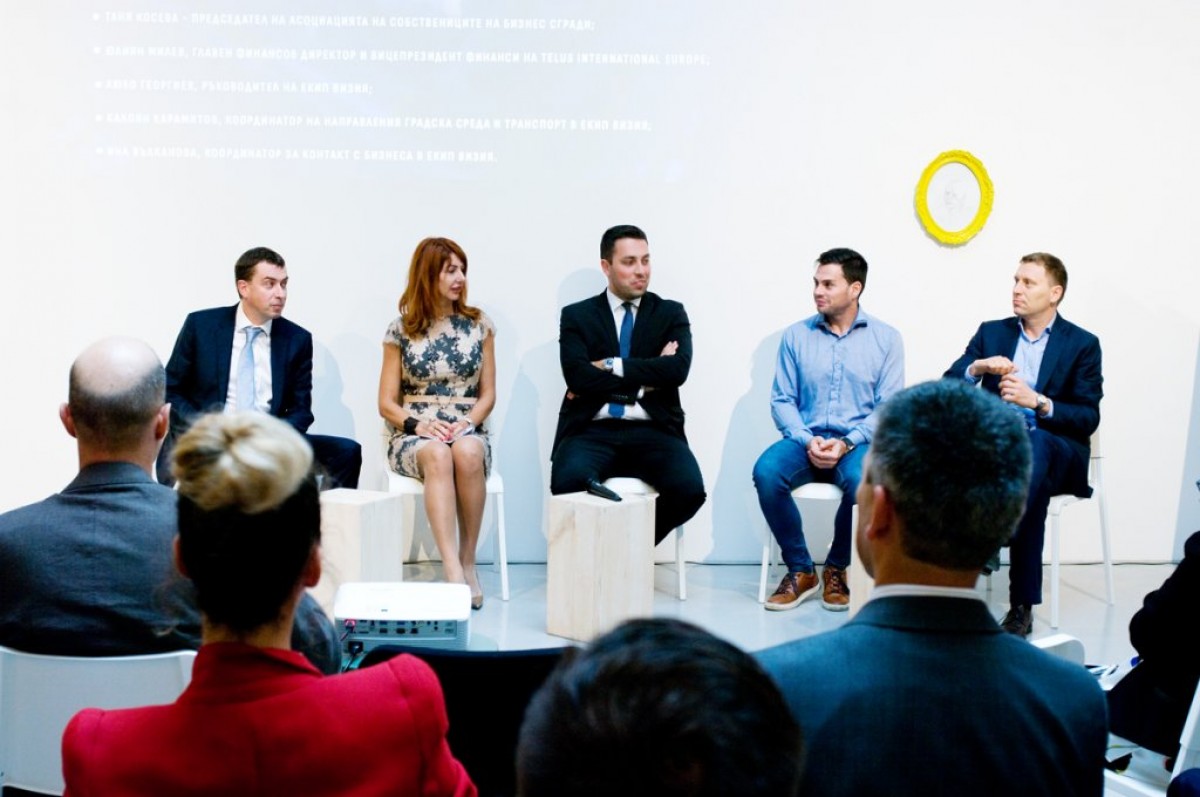 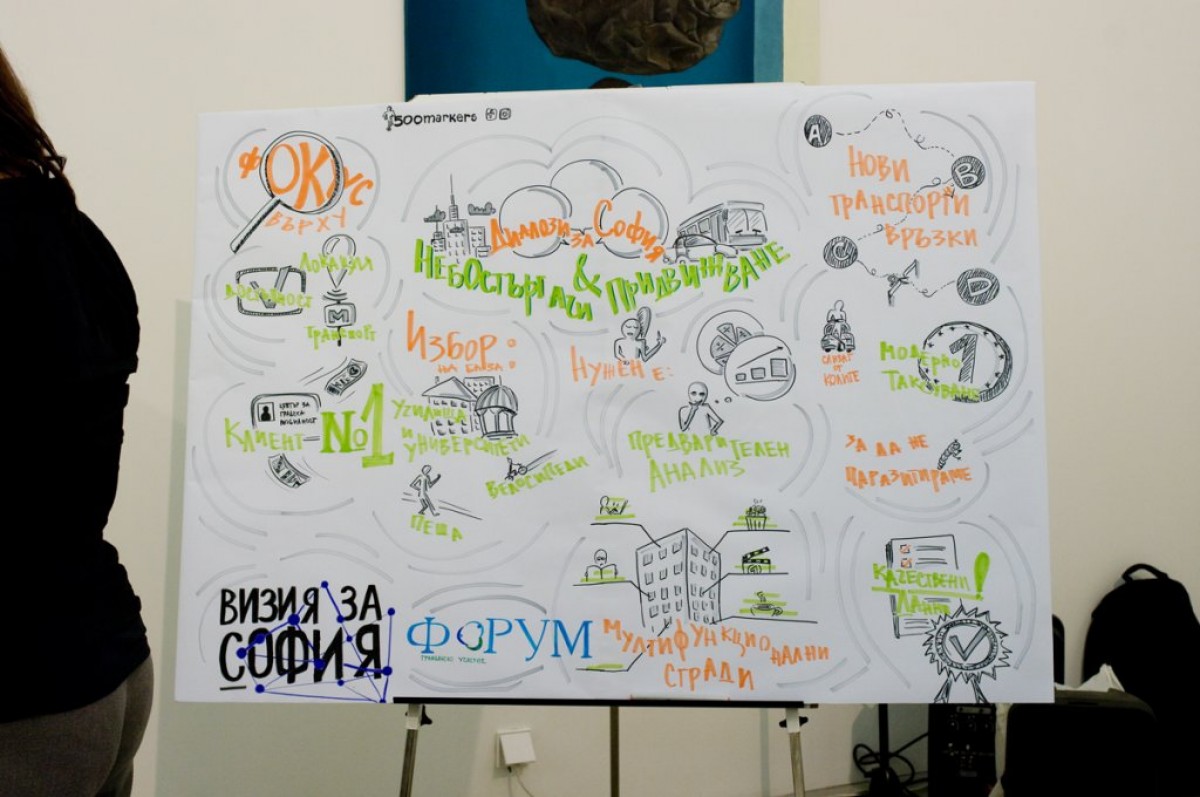 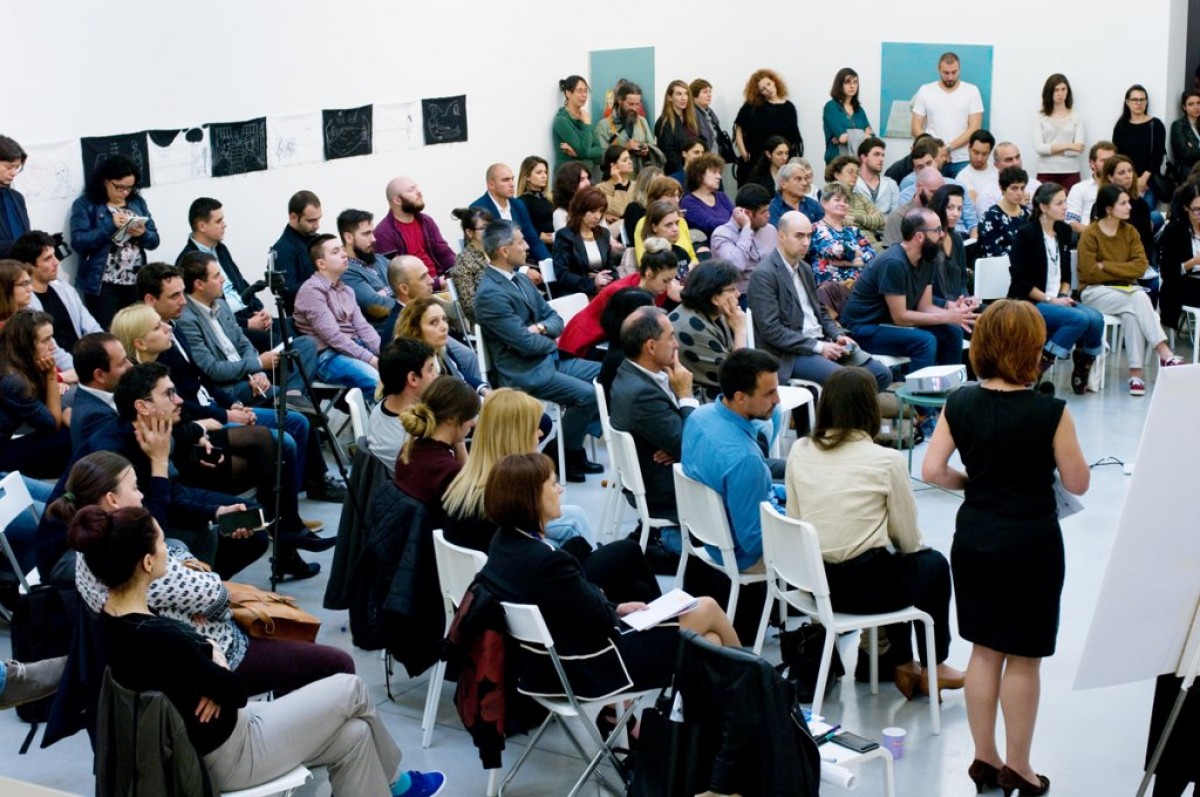 Vision for Sofia: Business and transport in the city

54% of the people who work in "Mladost" 4, reach the office by car, 44% use the underground and only 13% are walking, according to a study of "Vision for Sofia." It was presented during the discussion "Dialogues for Sofia", dedicated to the connection between plannned and realized business areas and the movement in the city.

For comparison, 35.4% of the people working in the center reach their workplace on foot, 44% use public transport - trolleys, tramways or trolleybuses. Last but not least 17.7% use bicycles.

Regarding company policies’ for employees mobility, 70% of companies in Sofia do not have such. 11.4% are being provided with city bus transport cards, 4.2% with a service car and only 1.3% stimulate bicycle riding.

Traveling to the workplace is one of the major reasons for the big traffic. This became clear during the discussion, as the concentration of business buildings is mostly in the center and southern part of Sofia. In recent years, in the areas of the Business Park, Tsarigradsko shose and Hladilnika there are serious investments in the repair of the transport infrastructure and metro construction. At the same time, investment in transport is not directly determining whether a territory will develop. An example of this is the northern areas of Sofia, where there are not enough business buildings.

What are then the factors that matter to a business when choosing a location for an office? As most important condition, companies are able to attract talented professionals, secondly, to be part of an attractive urban environment, and finally the competitive price. The data is from a survey of 150 companies in 2016. Julian Milev, vice president of finance at Telus International Europe, shared the experience of his company, which several months ago moved its office from Tsarigradsko shose to Macedonia Square. He explained that the average turnover in his company is 18 months, as the employees are mostly students. After relocation, the turnover has fallen twice. He added that the company encourages the use of public transport by giving free public transport cards to all employees. Using a personal or business car is not encouraged. The company has its own parking lot, but the subscription it’s expensive.

Location and accessibility are the determining factors in choosing an office space, said Tanya Kosseva-Boshova, president of the Association of Business Owners. In the current wave of investments, the availability or underground construction plan in the area is a leading factor. At the same time, investments in parking lots should not be ignored ,because many people in the business do not use the underground, but private cars.

According to the Deputy Mayor of Transport Evgeni Krussev, the culture of people should be changed in order to use more public transport at the expense of personal. At the same time, research shows that, despite the investments in public transport in Sofia, it’s use decreased by 6-7% between 2011 and 2017. The question of what would make people get out of their cars? The views of the audience, brought together two factors: a smaller space between vehicles and easier points where you can switch the transport.

Among the suggestions for improving the traffic and the urban environment, presented during the discussion were: limiting the use of old cars in Sofia, closing the car center and building parking spaces at the underground stations, as well as parking lots for bikes, shared cars , flexible working hours in large companies whose employees are currently contributing to the increased peak hour traffic.