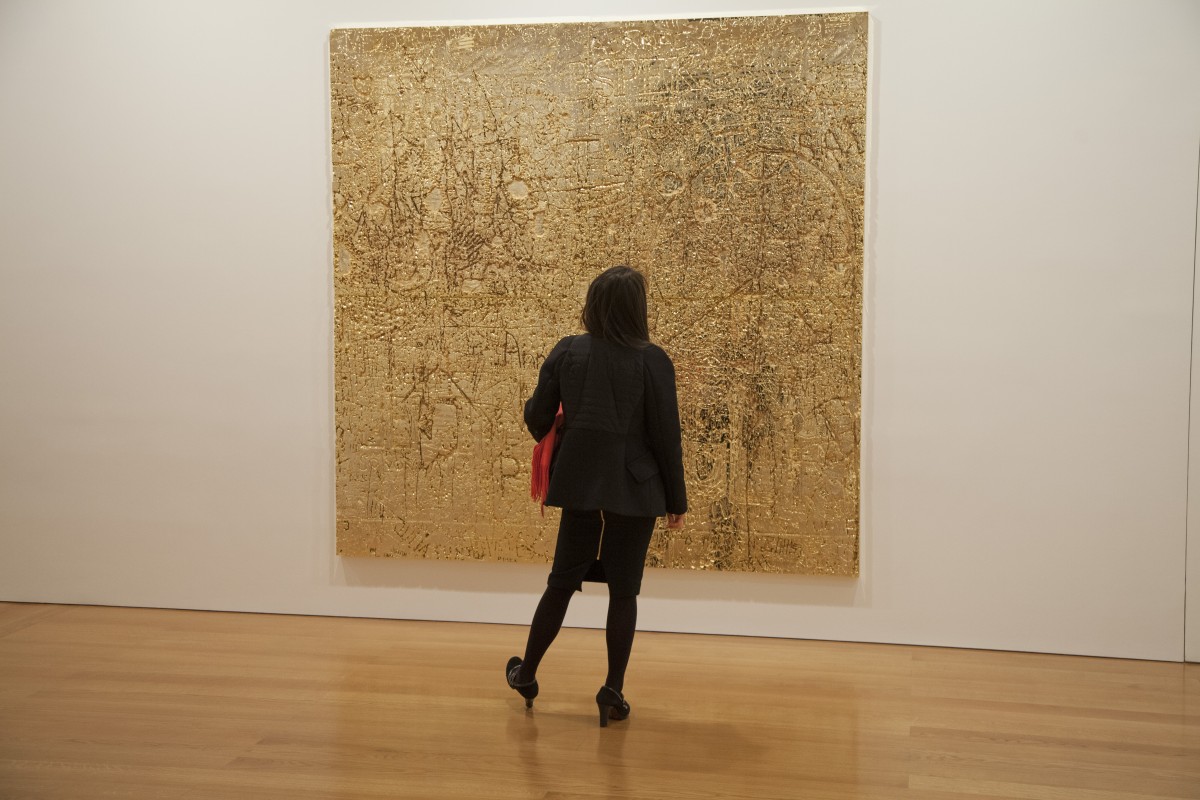 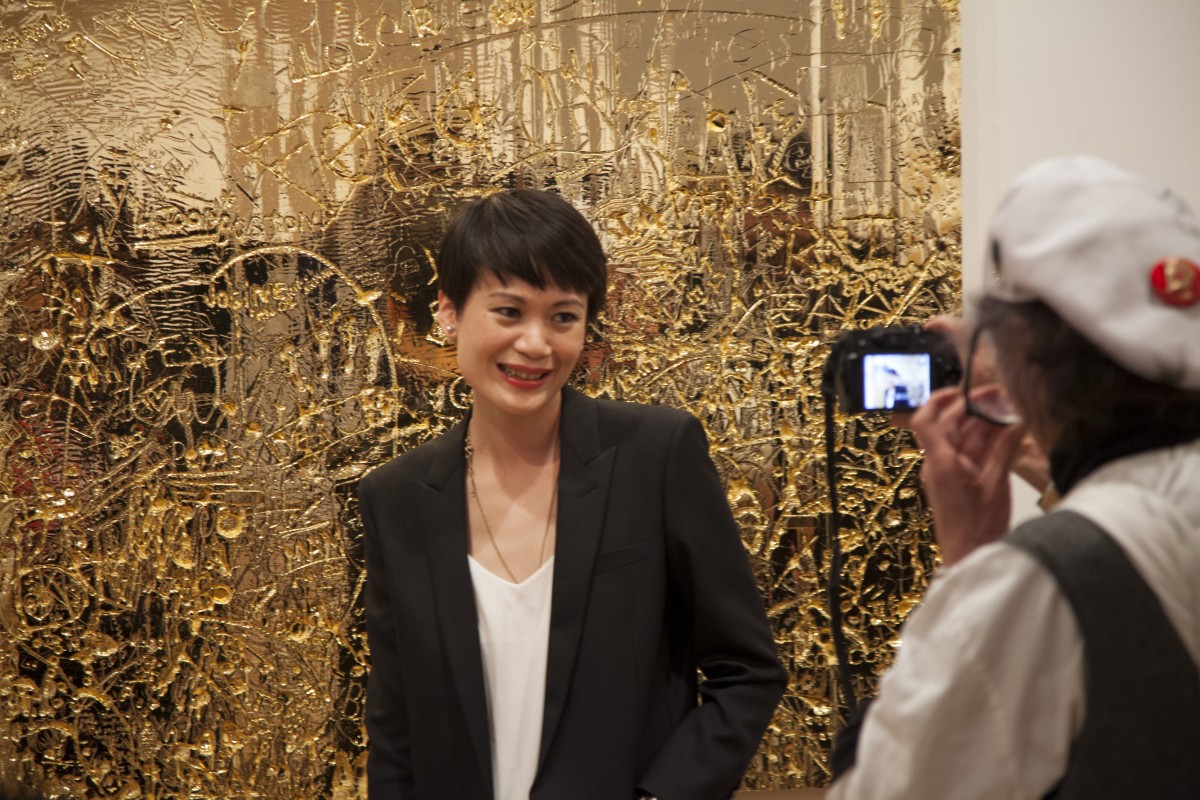 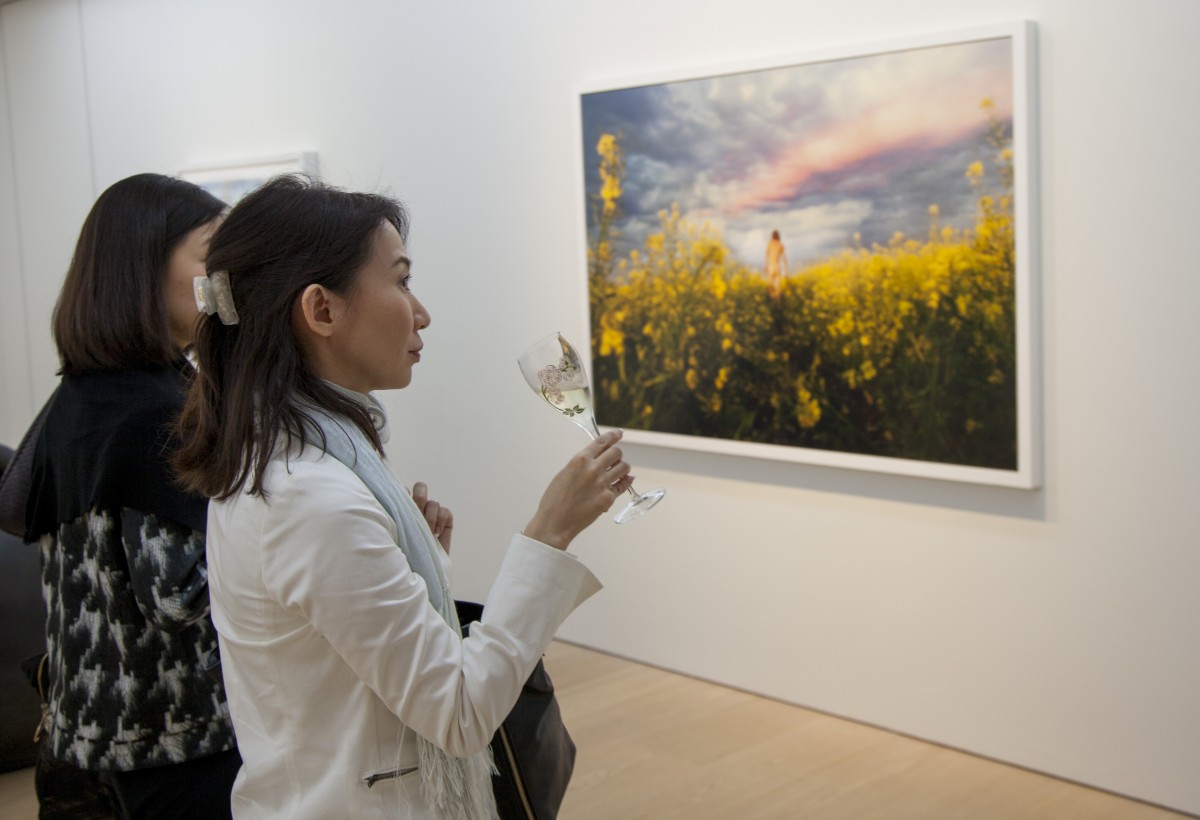 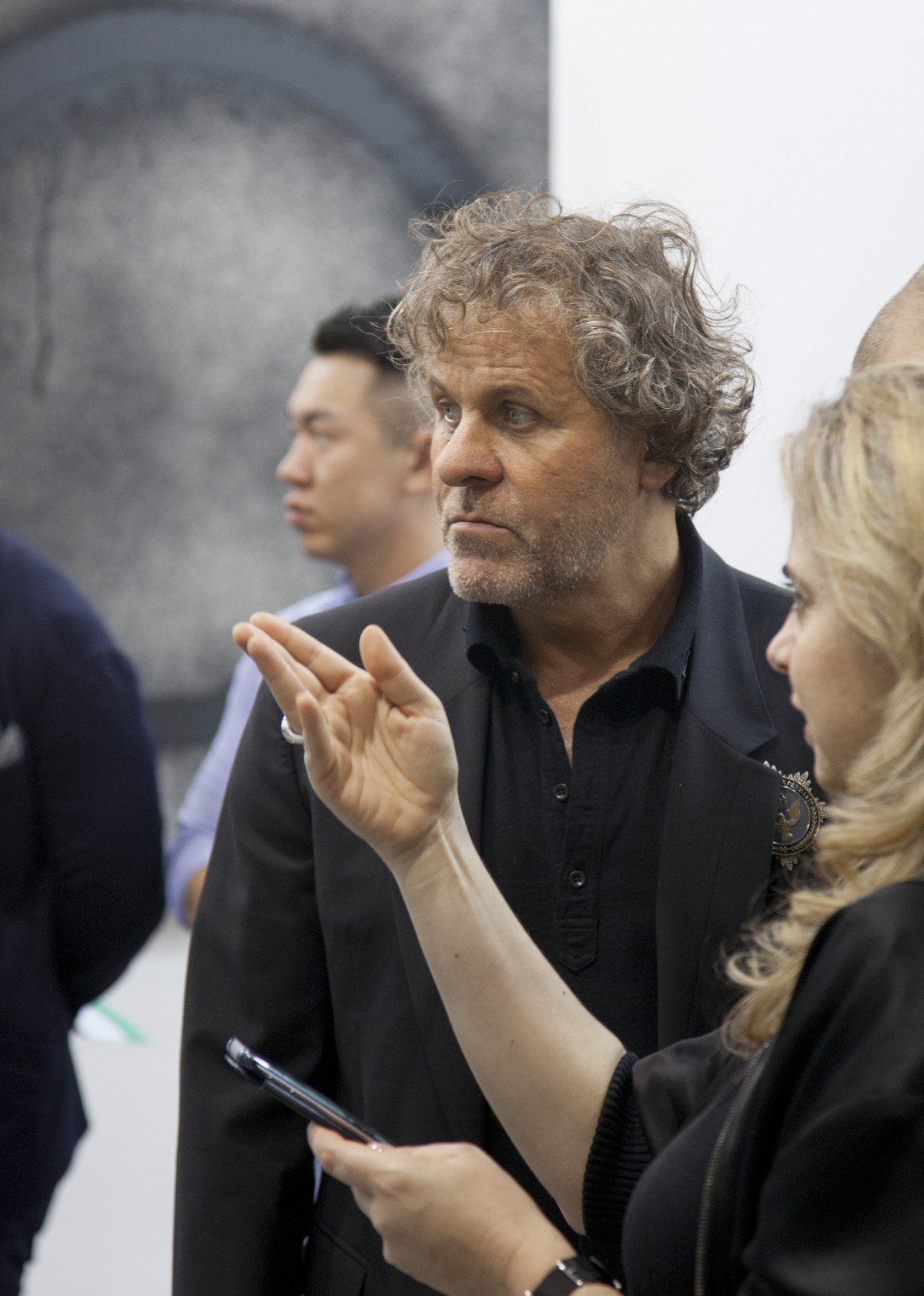 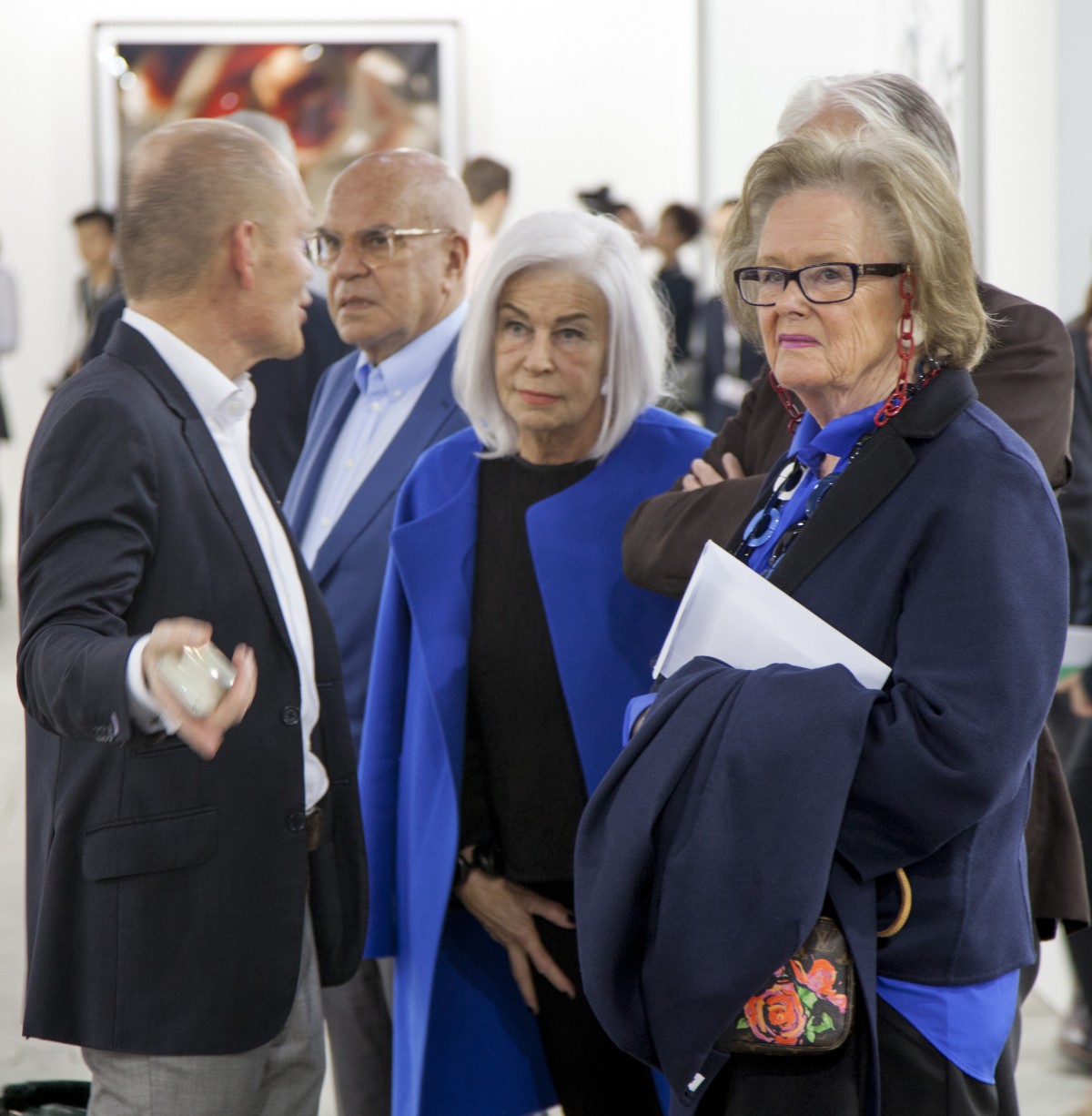 Art Basel - the artistic mirror of the world today

The Asian edition of the renowned art market marked a jump in sales and confirmed the trend that Asia is the main player in the industry.

There are three sure ways to understand that the world's most dynamic and fresh artistic market is coming, the third branch of the famous Art Basel - Art Basel Hong Kong, which is always held in the last week of March. The most famous art auctioneer, collector and renowned as a showman, rather than as an art connoisseur, Simon de Puri, has begun publishing Insagram's profile-sponsored event posts demonstrating that he is the "you" with leading galleries, collectible collectors and show-stars, and skillfully use the platform to advertise hotels and restaurants where they enjoy a delicate discount - a reverie to the hidden paid publications that are being watched in Instagram and Facebook the profiles of the so-called "Influenza". The second sign of the tsunami for bank accounts, mostly for Asian businessmen, is the rising interest in Hong Kong as a tourist destination, but at the end of March to the exotic of the former British colony, the artistic aroma from the passionate tango of art and money. And the final one happens when, on the eve of the official opening and VIP viewing of the selection among the galleries and collectors, the main players in this business take out their strongest cards and announce their biggest and strongest names - usually art genres such as Pablo Picasso, Jean-Michel Baschi, Sai Tuombli, the new stars of the artistic skyscraper - Takashi Murakami, Joshito Nara or the unceasing evergreen of Art Basel Hong Kong - Chinese master Zao Wiki, who left this world in 2013.

The story
Perhaps this was also the goal of the three founders of the art market, starting with everything - Art Basel - to give a platform of art to old and new talents. In the 1970s, in the Swiss city, the three musketeers - galleryists Ernst Bailer, Trudy Brookner and Balz Hill invest in a very adventurous initiative, which in its first edition attracts over 16,000 visitors. 90 galleries from 10 countries present the best of their funds and the most interesting of their fresh discoveries with the ambition to reach new markets and collectors without mass taste. Five years later, the number of participating galleries is 300, the represented countries are already 21, and artists who enjoy the market are 37 thousand.
The successful formula: art - money - mundane events provoked so much interest that in 2002 the American adventure Art Basel Miami started, and in 2013 the most successful player in the trio - Art Basel Hong Kong. Following the bombing rhythm of the Asian economy, the emergence of millionaires and billionaires every day, especially on the territory of China, shows interest in the Asian market, the mobile giant BMW, which stands in 2015 behind the BMW Art Journey platform and ambitiously adds to its legendary history new Asian markets and the pearl - art. Thus, the mobile giant provides another permanent and less direct form of advertising. The marriage between art and markets, whether it be fashion or advertising, proves its fertility and has so far been actively used to conquer new territories.

The Art of Money or Money of Art
248 galleries, 32 countries and over 90,000 visitors - these are the official results that the proud Market Director - Adelin Oi shared on the opening day. On the same day, but a few hours later, on March 29 it became clear that Art Basel Hong Kong also recorded a sales record. It's about the sale of an abstract painting by Willem de Cunning, from the private collection of Microsoft's creator Paul Allen, who shared his valuable possession for $ 35 million. And if it is true that money never sleeps, the same applies to major players - collectors and agents - in Hong Kong, within the fair. According to official statistics of the art markets worldwide in 2017, there are sales of $ 15 billion, which is 17 percent more than 2016, which includes not only sales but also the fees that galleries pay to participate. The mass movement in this sector also accounts for a growth in the workforce - 3 million people who have been engaged in the past year.

China - the ambitious new player
With unpredictable opportunities like finances and at the same time with a suspicious and challenging mental mentality, China has emerged as the most ambitious, courageous and insightful player in this business. The sixth edition of Art Basel Hong Kong proved that the smallest art market is already dictating the rules of the game in the business. "I have been on board this successful floating ship for four years and have never suspected that we will be talking about so much money and so many numbers. The Asian art market is a reflection of everything that is happening on a global scale. The foolishly growing economy, the rising number of millionaires and billionaires in Asia, are rhythm and growth in the art market, "said Art Net, director of Art Basel Hong Kong, Adelin Oi. Several weeks before the opening of the sixth edition of the market, two of the world's leading galleries - David Zwirner and Hauser & Wirth - found themselves comfortable in the ring among their opponents - the Gagosian veterans, the White Cube, Gallery Perrotin and Pace Gallery.
"The reason global galleries are beginning to take Asian collectors seriously is the global change of the entire ecosystem in the industry - museums and collectors. Asia is developing dynamically not only as a financial market but also as a major art player. We teach everything very quickly and manage to adapt to global trends! "Commented Beijing's collector, 47-year-old collector, on the pages of Art Net. His ambition to collect art with a few months of study at the Beijing Art Academy, thanks to which he gained basic knowledge of Western and Asian art.