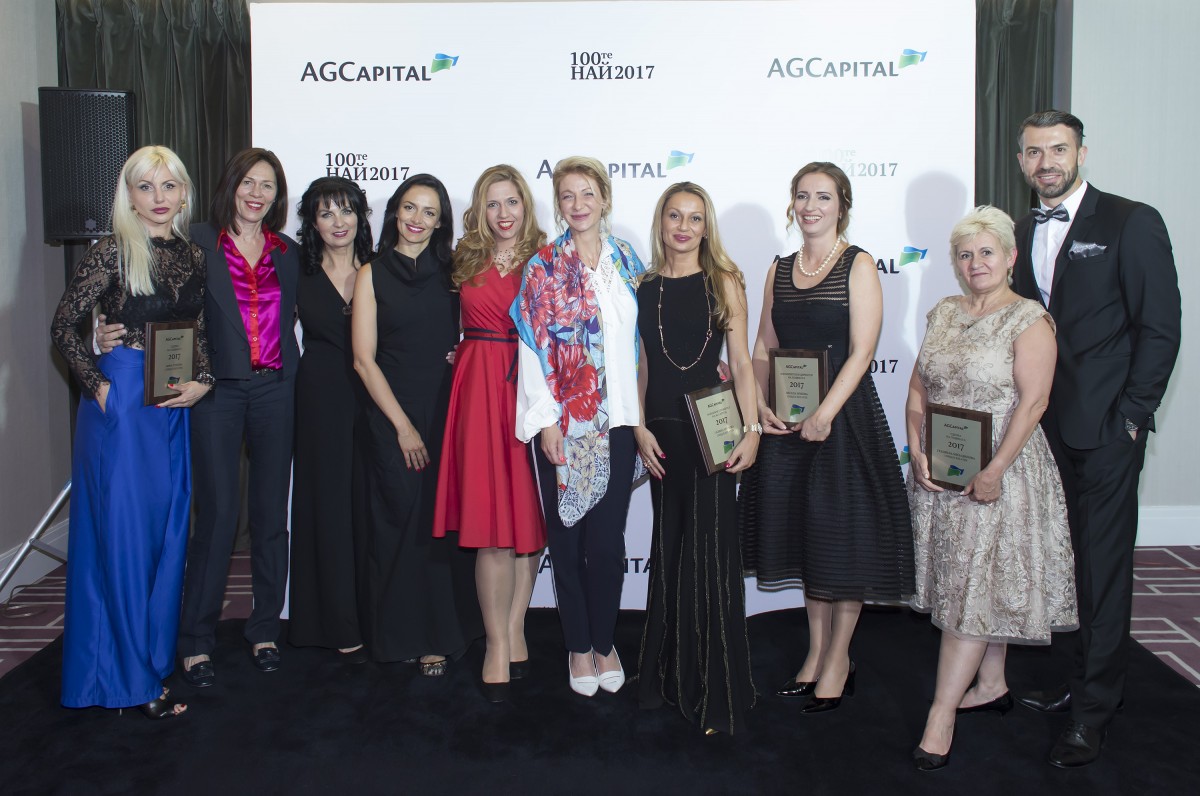 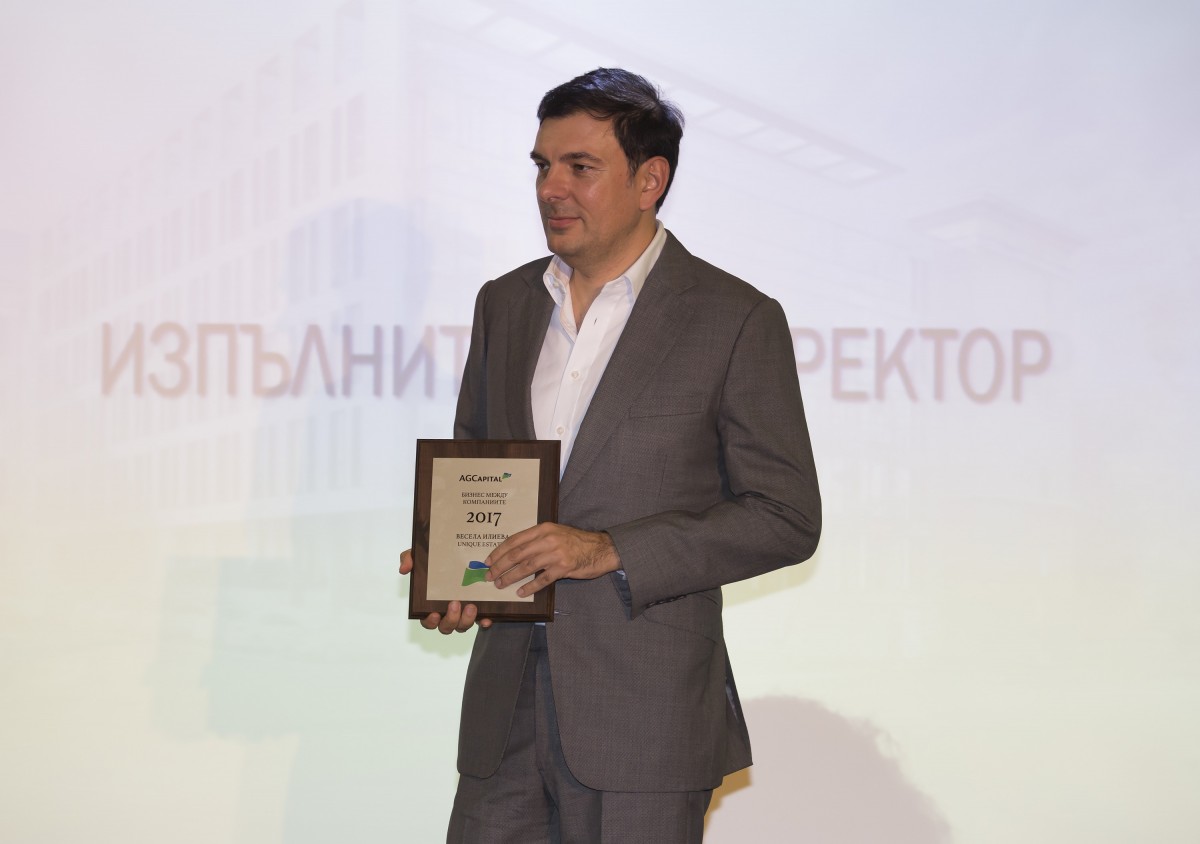 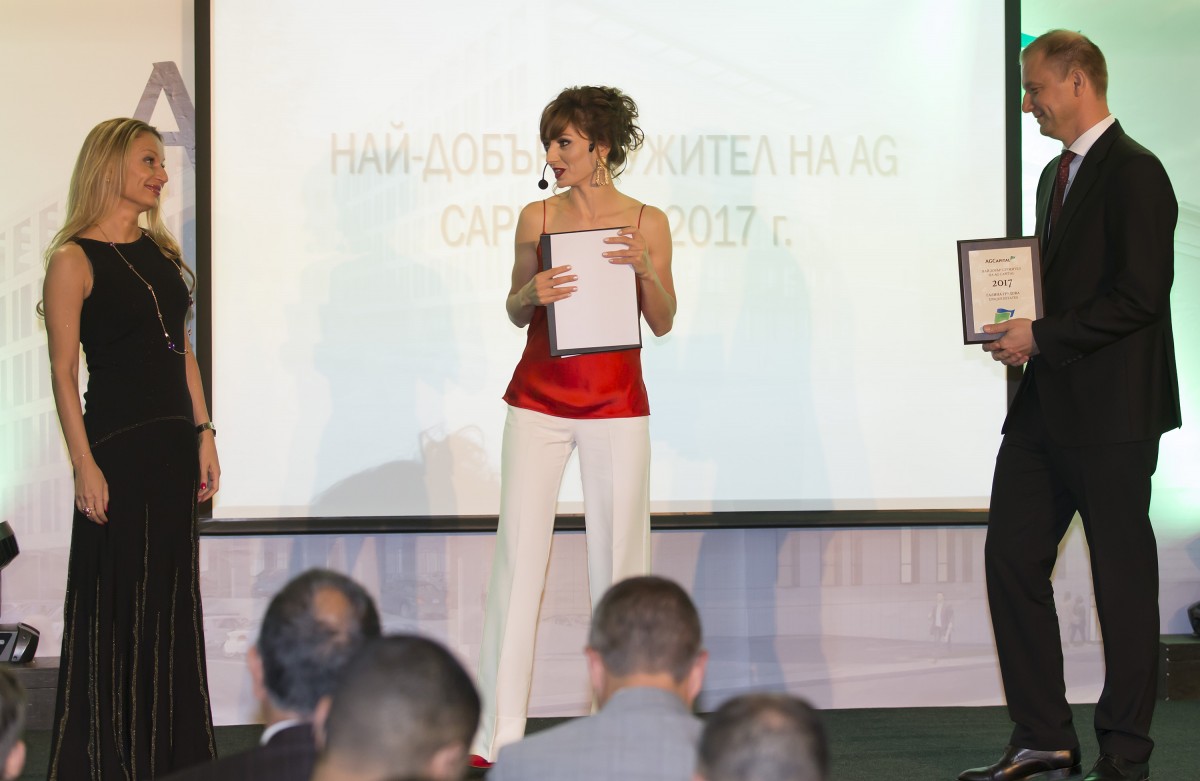 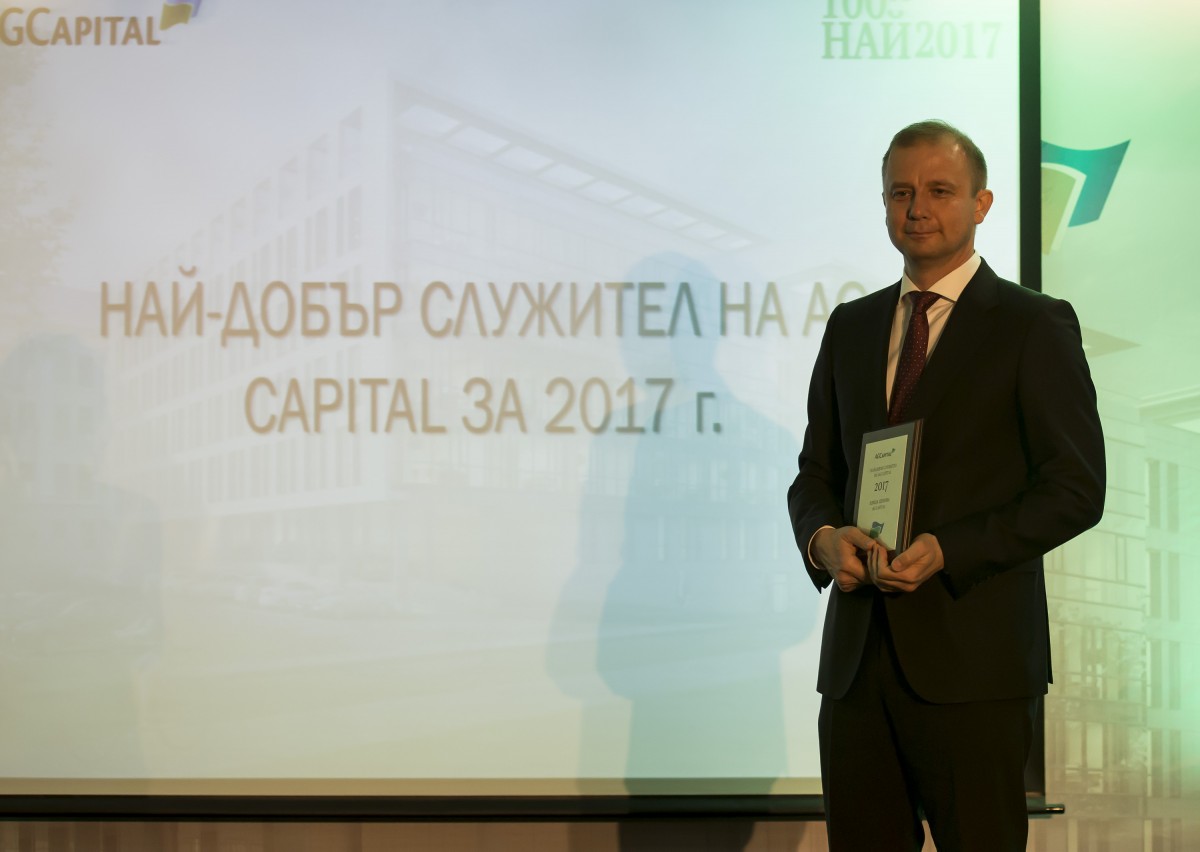 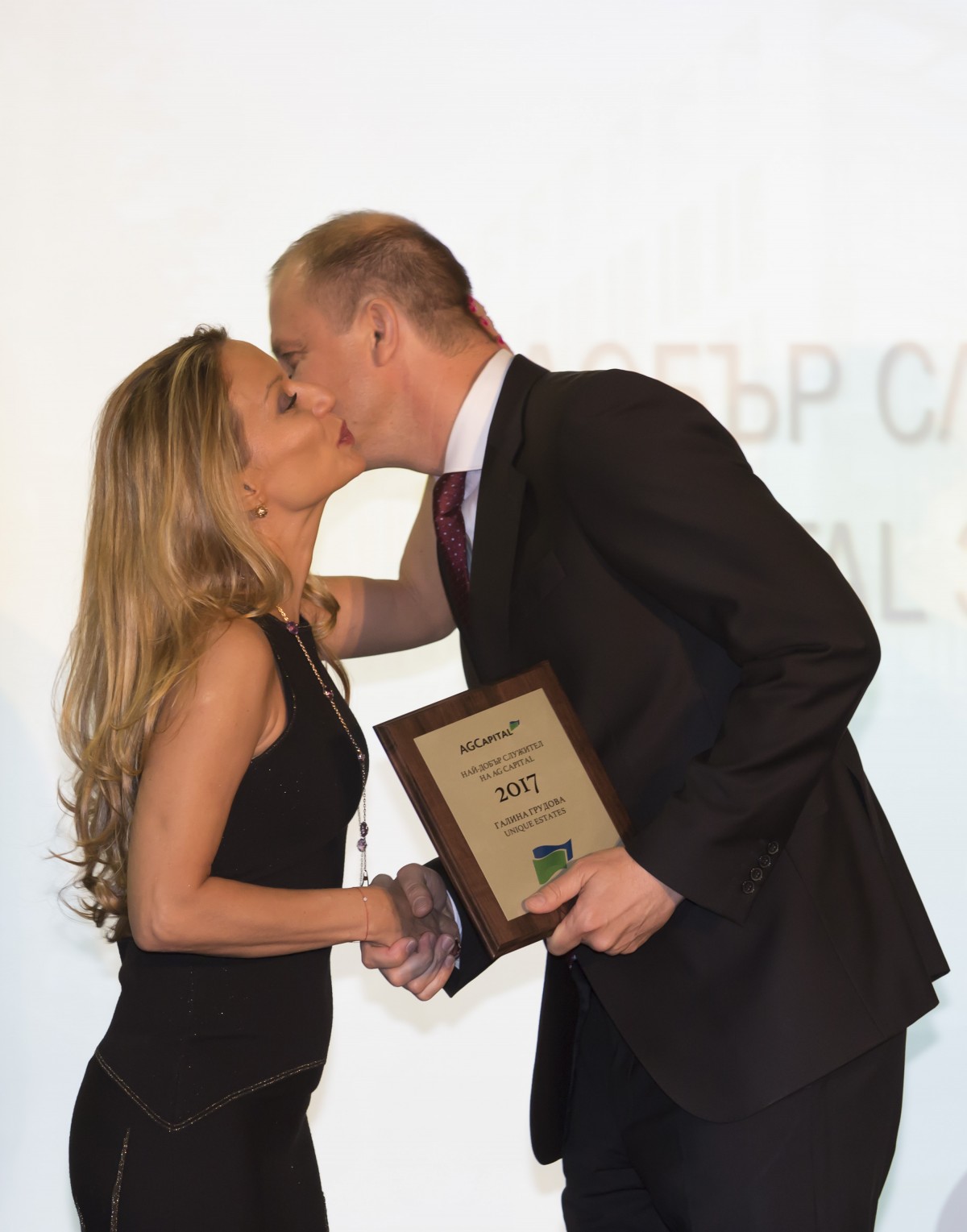 On May 15, AG Capital awarded its annual awards for 2017. Hotel Inter Continental Sofia was the place for a truly glamorous and exciting ceremony.

The special guest of the evening was Dragomir Kuzov, owner and manager of Velomania. The most popular brand of the company is DRAG. Hе helps many Bulgarian and foreign talents on their way to professional cycling. The energetic, former cycling rider shares with a smile that his slogan "I Believe" is something that has led him through the years.

As always, our company has been awarded in several prestigious categories. Deservedly this year Vesela Ilieva won the award for the Executive Director of the Year. Unique Estates is the company with the largest growth in turnover and profit among the holding companies for 2017. With an evocative drive, Vesela Ilieva motivates the whole team to do their best.

A deal of the year for 2017 AG Capital was awarded to Gratsiela Miladinova - Managing Team / Partner and Anna Tonova - Consultant.

The company also won the award in Business among companies category.

Due to the training of Vesela Ilieva at INSEAD - one of the most prestigious higher education schools for business and management, which prepares the most successful business leaders in the world, Svetoslava Georgieva - Operations Director in Unique Properties. She shares with the audience, part of Vesela Ilieva's colleagues and parents, that Vesela deserves the reward because she is brave. She had the courage 11 years ago to found the company, together with Hristo Iliev, in a market that nobody supposed to exist in Bulgaria. Vesela Ilieva is a motivator for all of us because she believes we can do more and stimulate us to give more. Svetoslava added: "Vesela Ilieva is the reason to come to work every day, so we thank her, for us she is a symbol. Unique Estates is Vesela Ilieva."