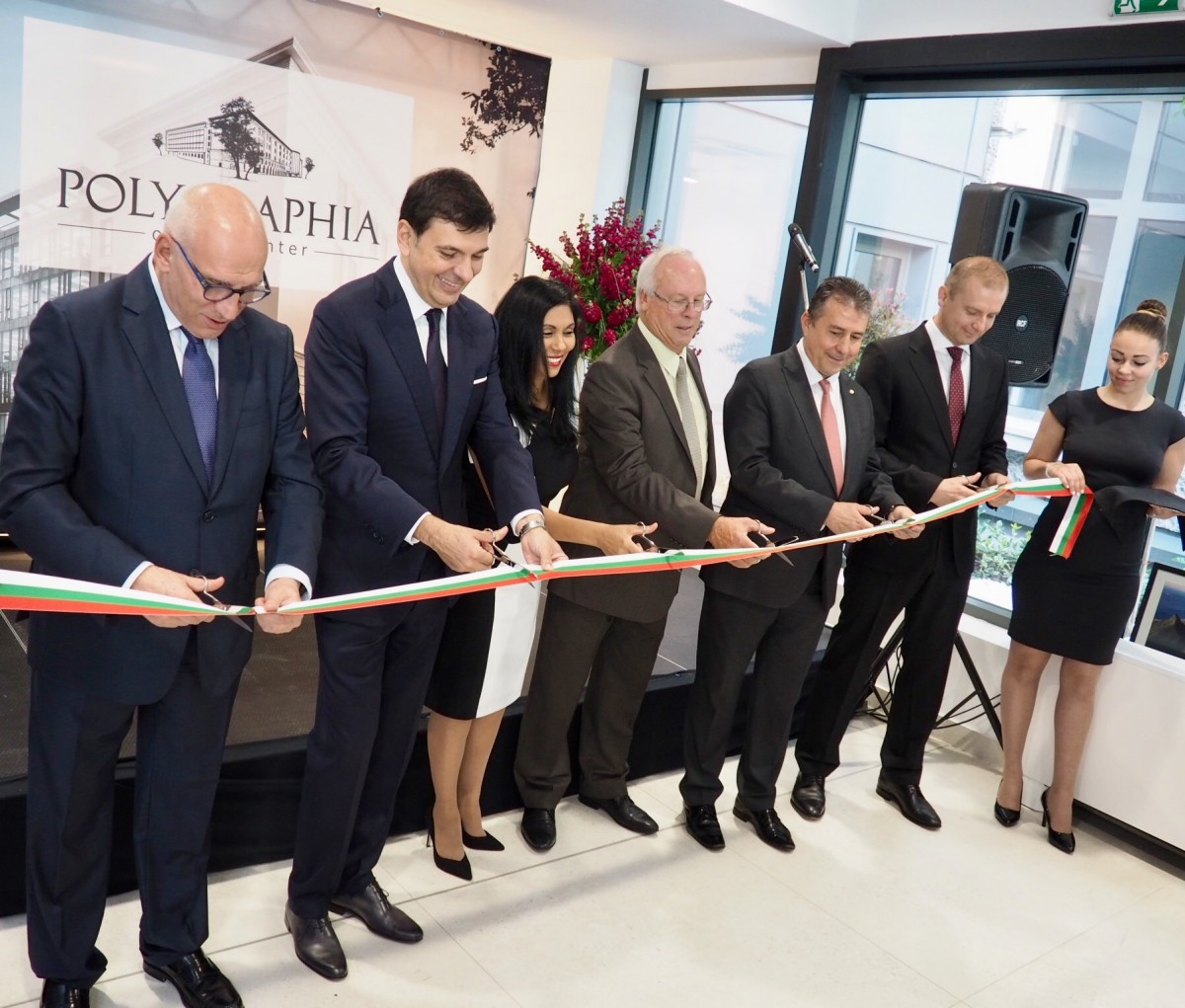 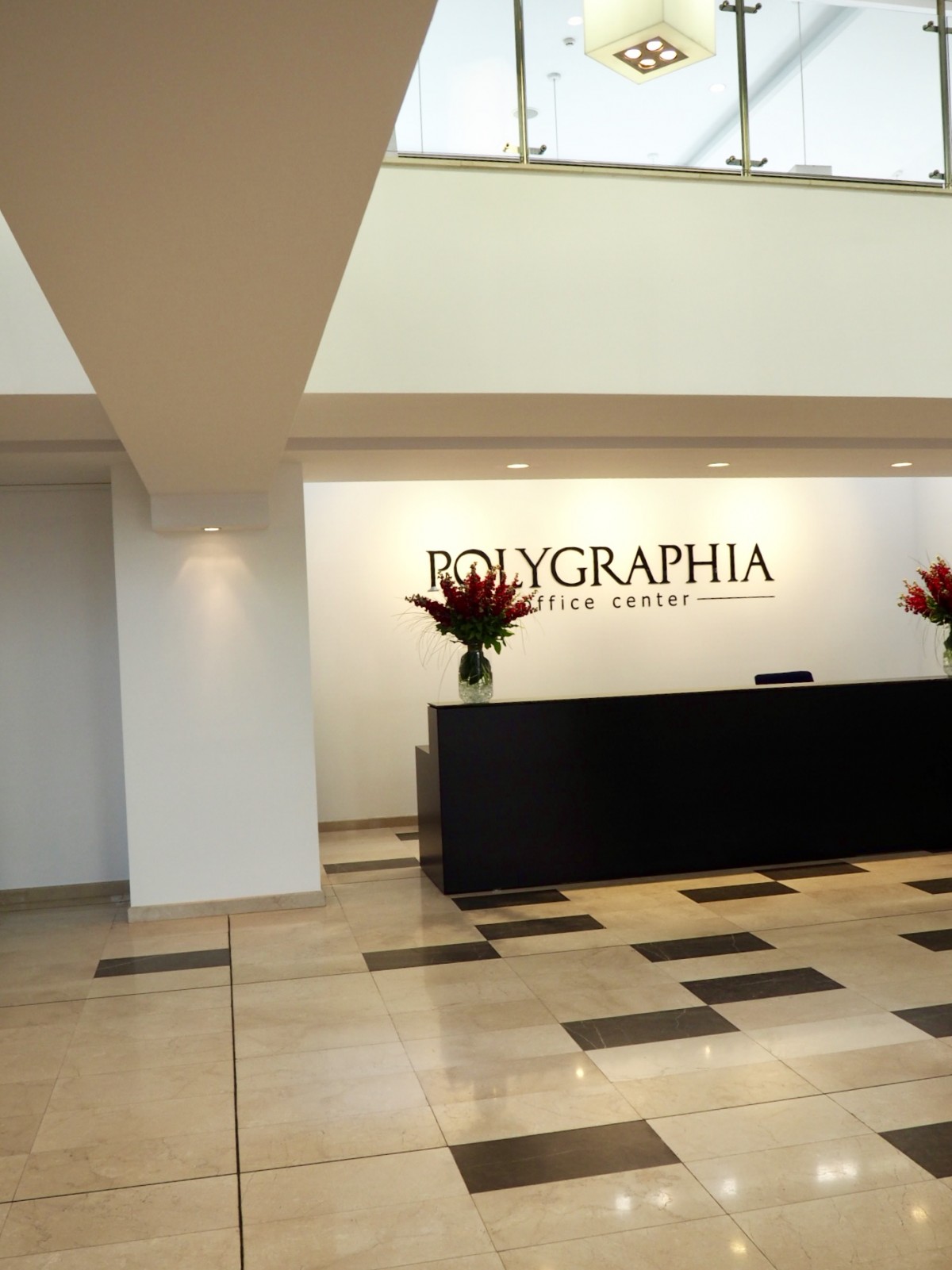 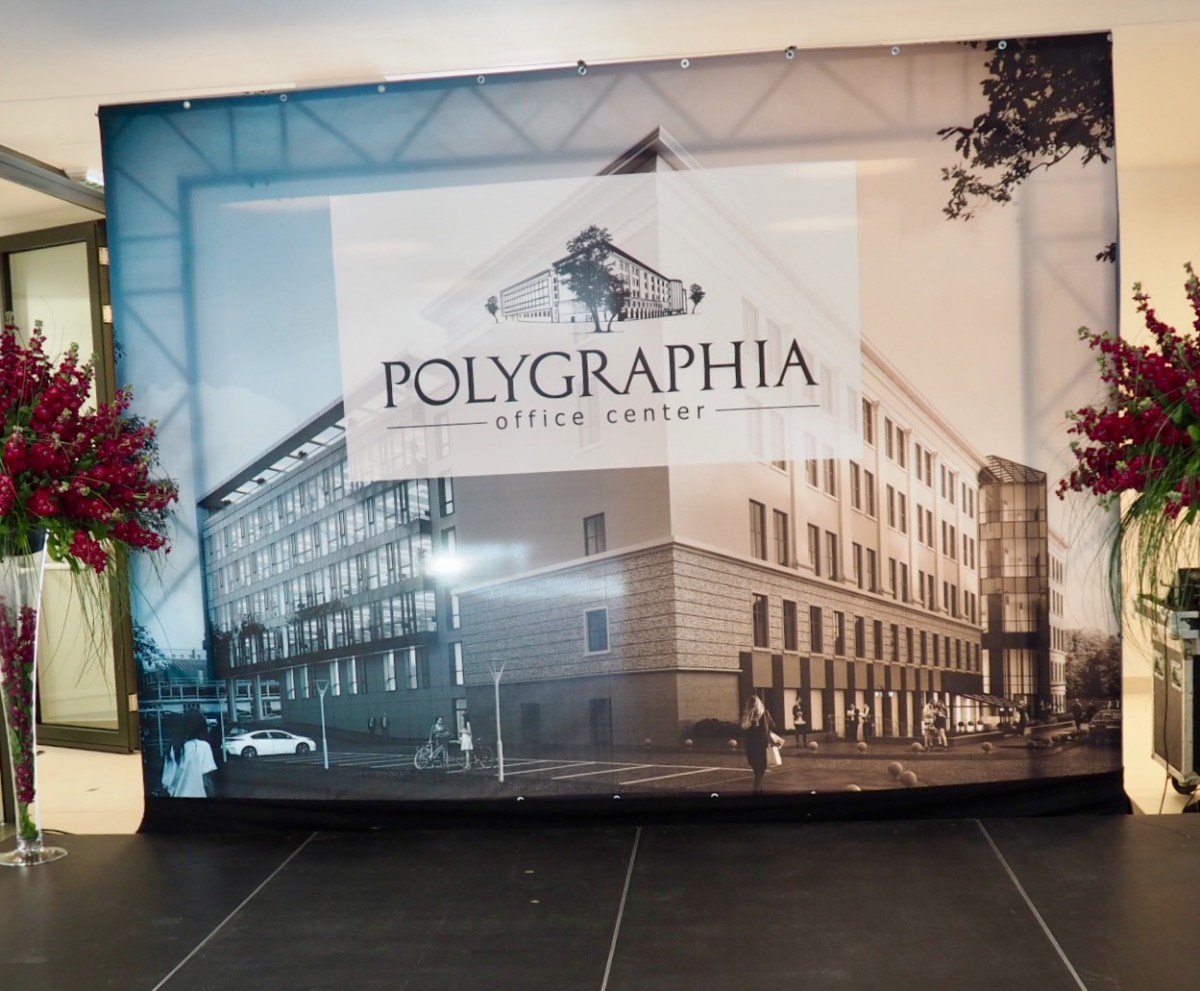 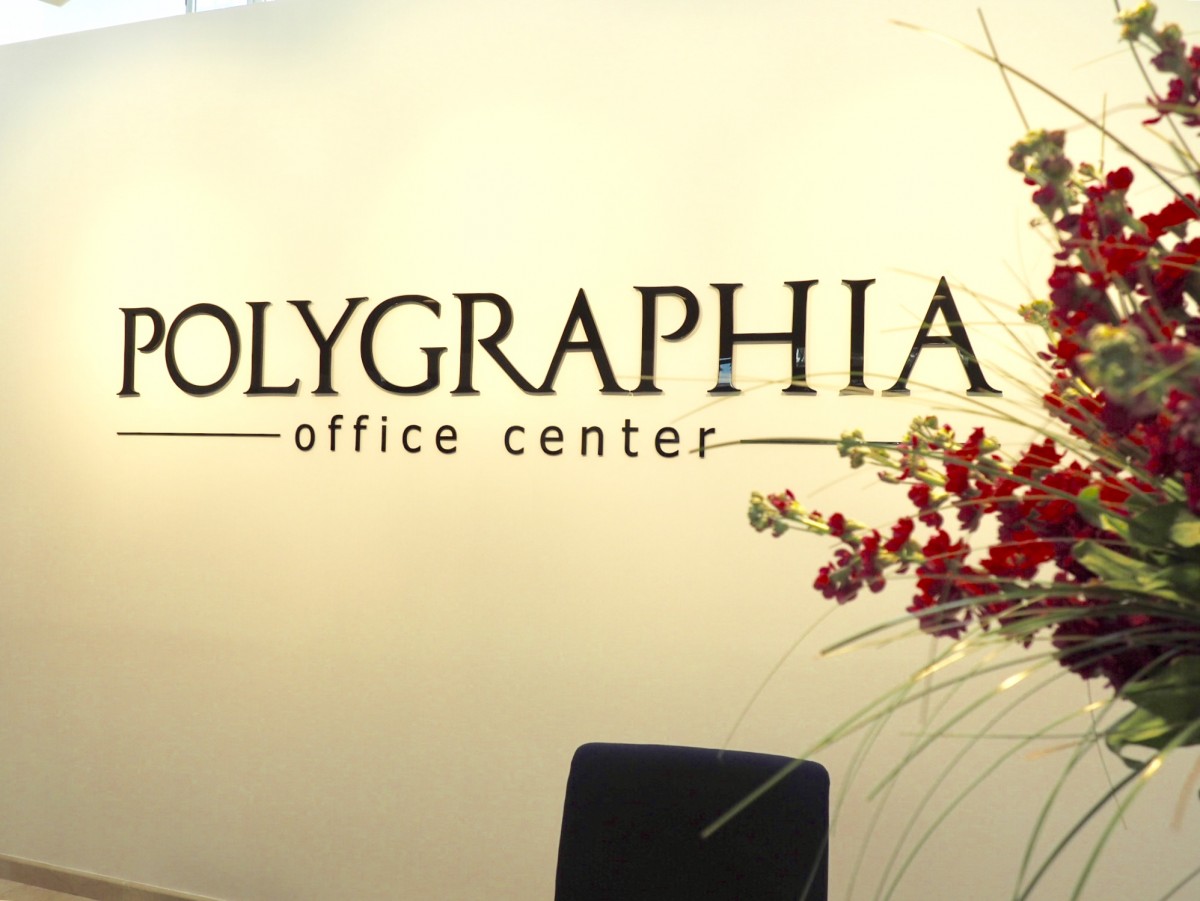 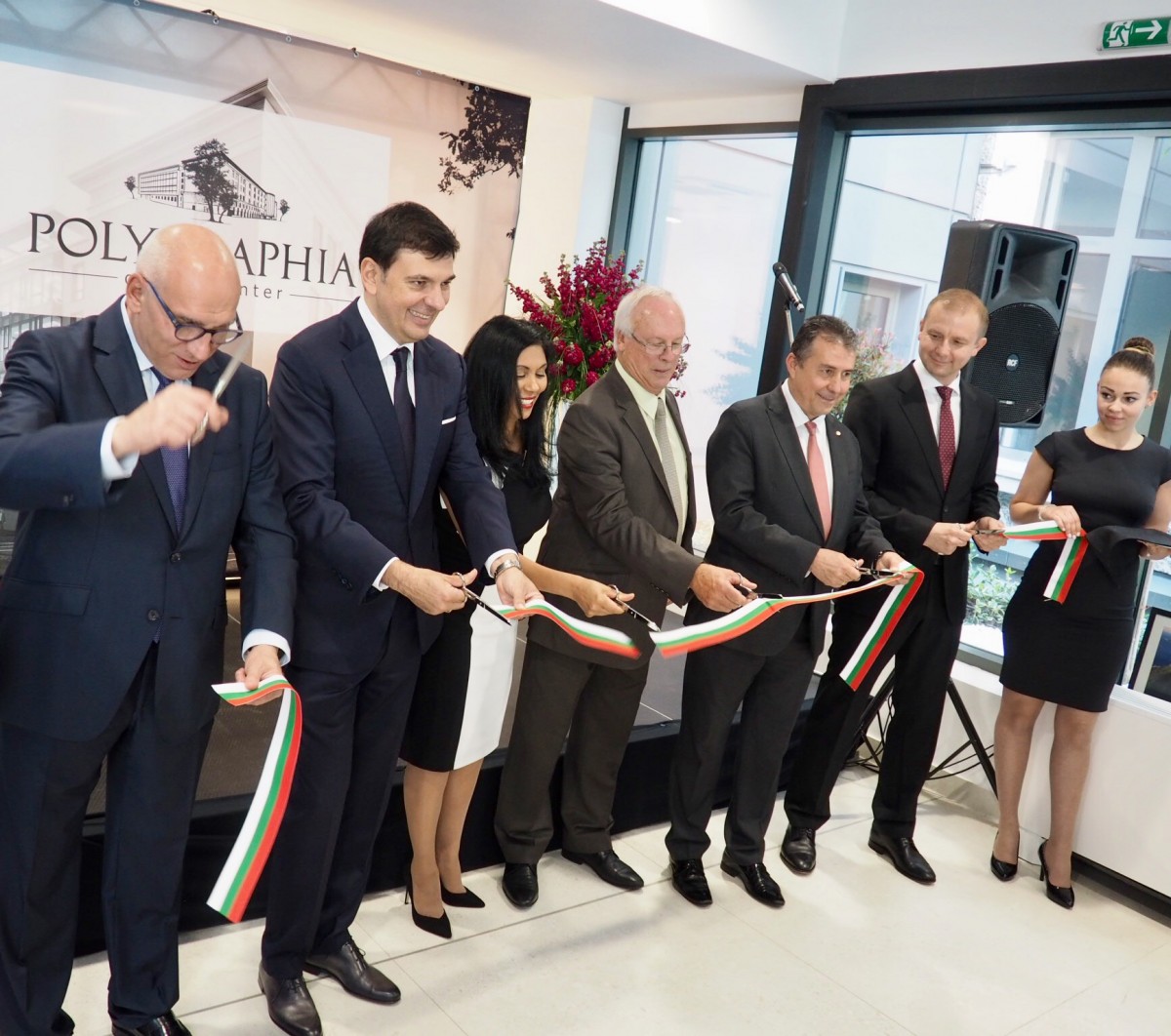 Polygraphia Office Center was officially opened in Sofia. The ceremony included an exciting cultural program featuring ballerina performances from the National Opera and Ballet, as well as an exhibition of contemporary art by Sasho Stoicov. Hristo Iliev, Chairman of AG Capital's and of Lion's Head Investments’ Board of Directors, Hain Smith, Lion's Head Investments’ Board of Directors and Sergey Koinov, Executive Director of Lion's Head Investments, made the symbolic official opening. The Mayor of Sofia Municipality - Yordanka Fandakova, Deputy Minister of Regional Development and Public Affairs -  Valentin Yovev, Sredets’ Mayor - Maria Achkova and Ambassador of the Republic of South Africa - HE. Vanessa Calvert were there to wish a lot of success to the project.

After the Phase 2 expansion, Polygraphia offers 35,000 sq. m. of modern office space in the heart of Sofia. The project is accomplished by English architects, and their main focus was to match the old, classic part of the building and the new, contemporary designed part of the project. The concept of the complex follows the world's tendencies for art to be present in the buildings, regardless of their primary purpose. Polygraphia combines high-end offices and commercial premises with spaces suitable for art and culture. The opening program included the first solo exhibition of Sasho Stoicov - Puzzle, presented by the world-renowned curator Stefan Stoyanov. The ballet troupe of the National Opera and Ballet with Prima ballerina Katerina Petrova turned the courtyard into a stage of fine art.

"When we were working on the assignment and later on constructing the building, it was very important for us to follow the world-wide model of turning office space into places for alternative activities because the workplace is no longer just a chair, a desk and a computer ", commented Sergey Koinov, CEO of Lіon'ѕ Heаd Іnvеѕtmеntѕ.

Polygraphia has a 150-seats Conference Hall, available not only for business, but also cultural and art events, as well as a Gallery space suitable for art exhibitions.

The owner of Polygraphia Office Center is Lion's Head Investmets - the newly-established company with investors AG Capital and the South African company  Old Mutual Property. The focus of Lion’s Heаd Іnvеѕtmеntѕ is the acquisition of emblematic buildings and long-term tenants in Central and Eastern Europe.