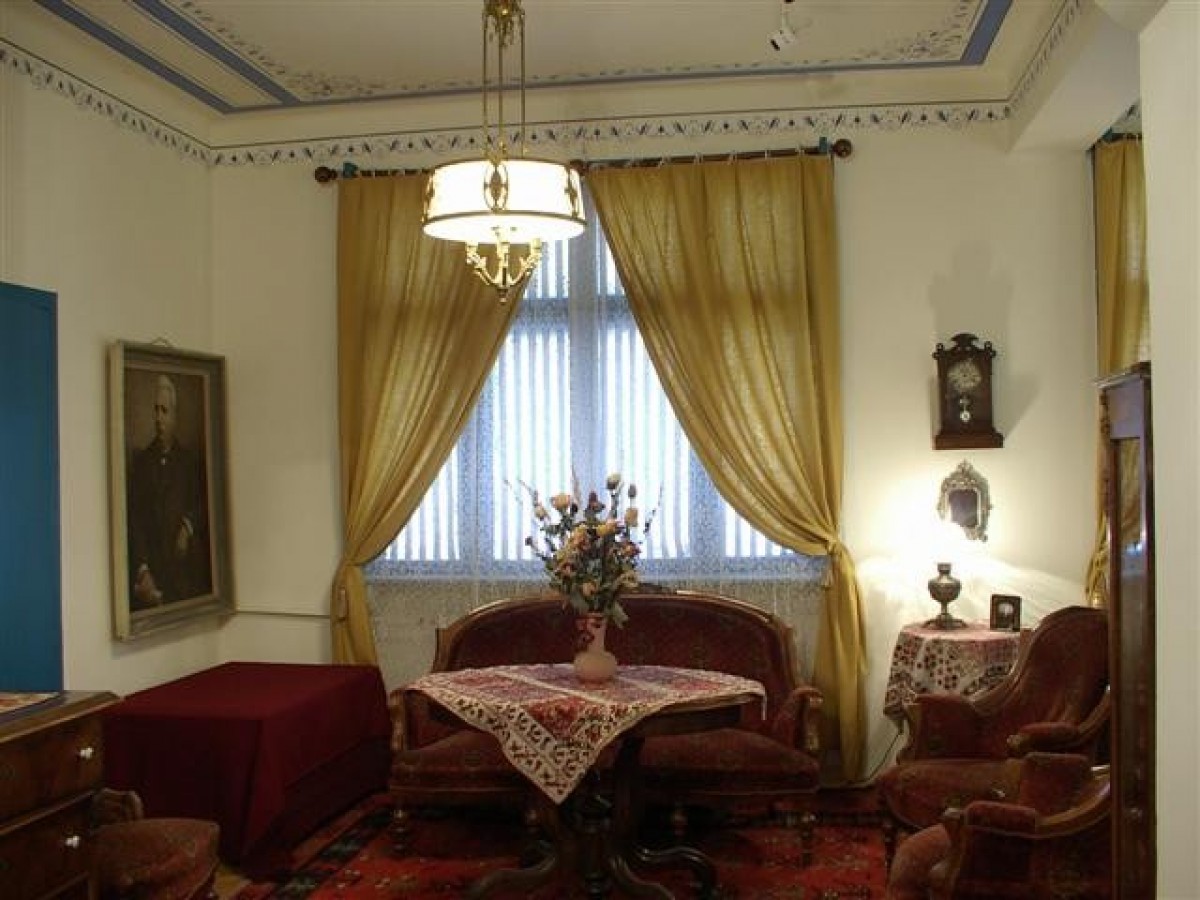 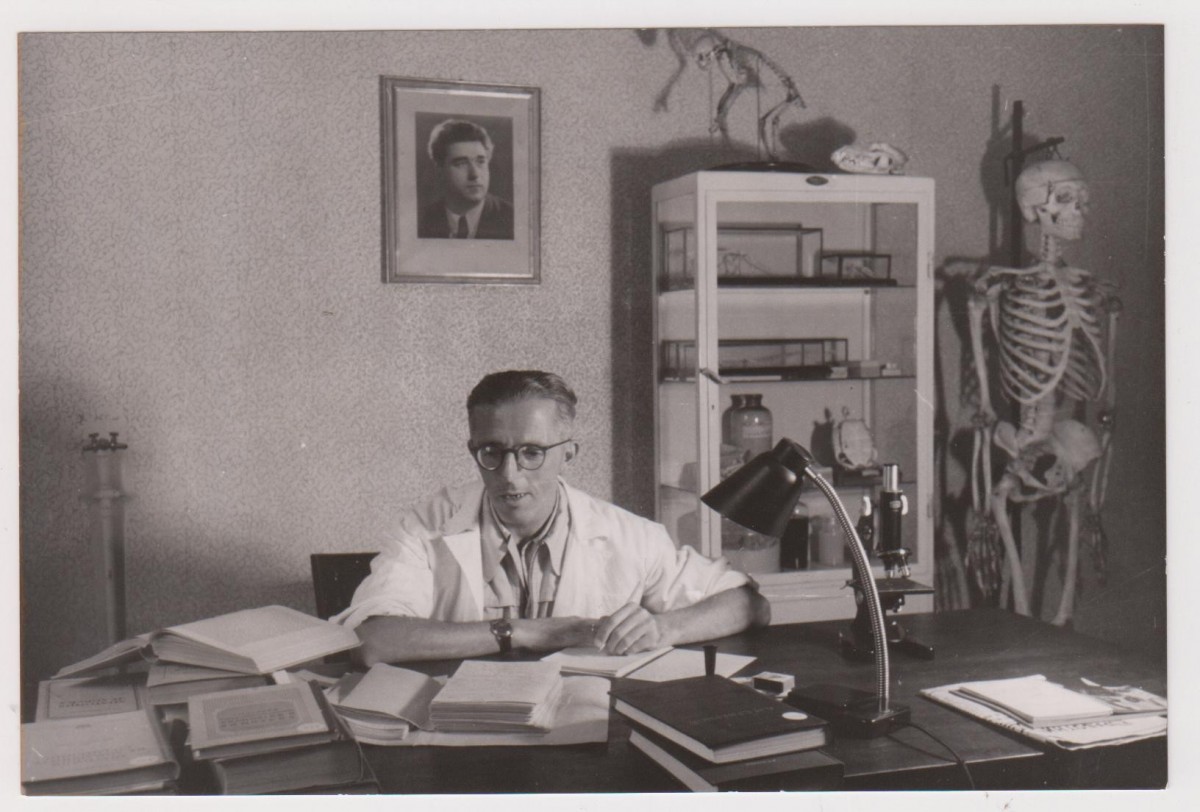 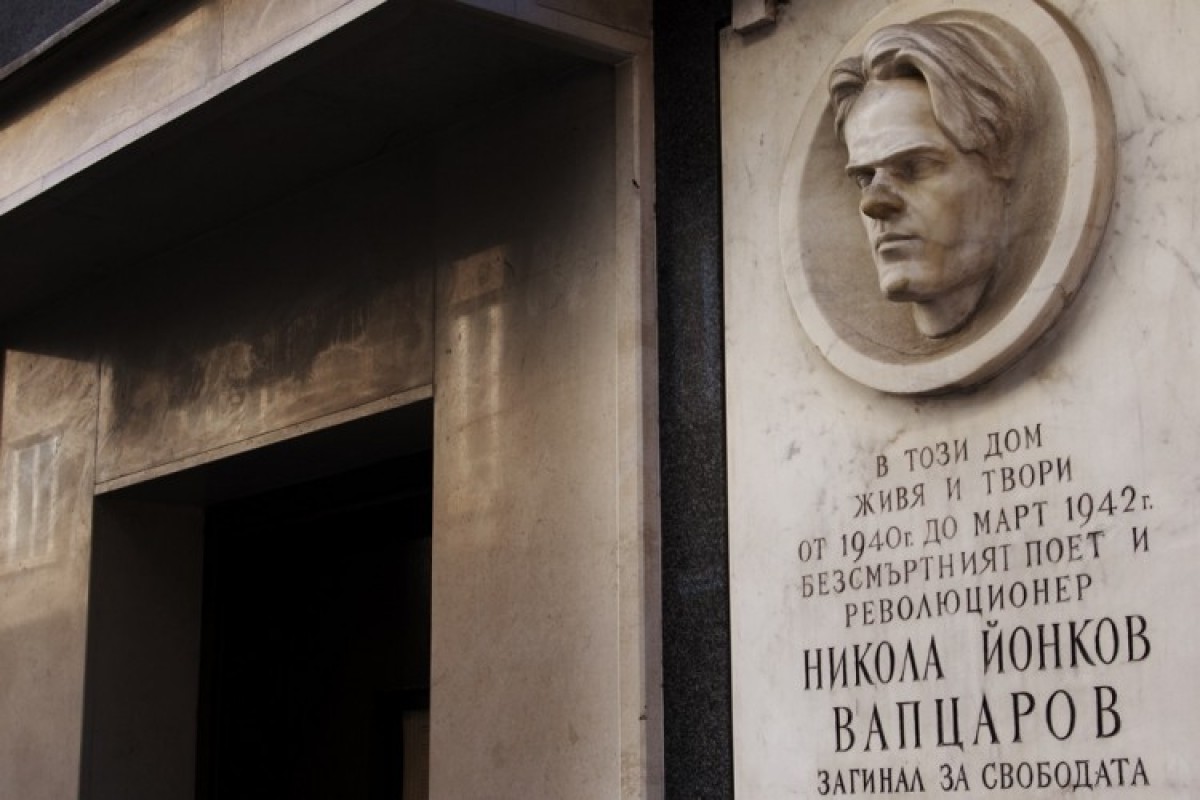 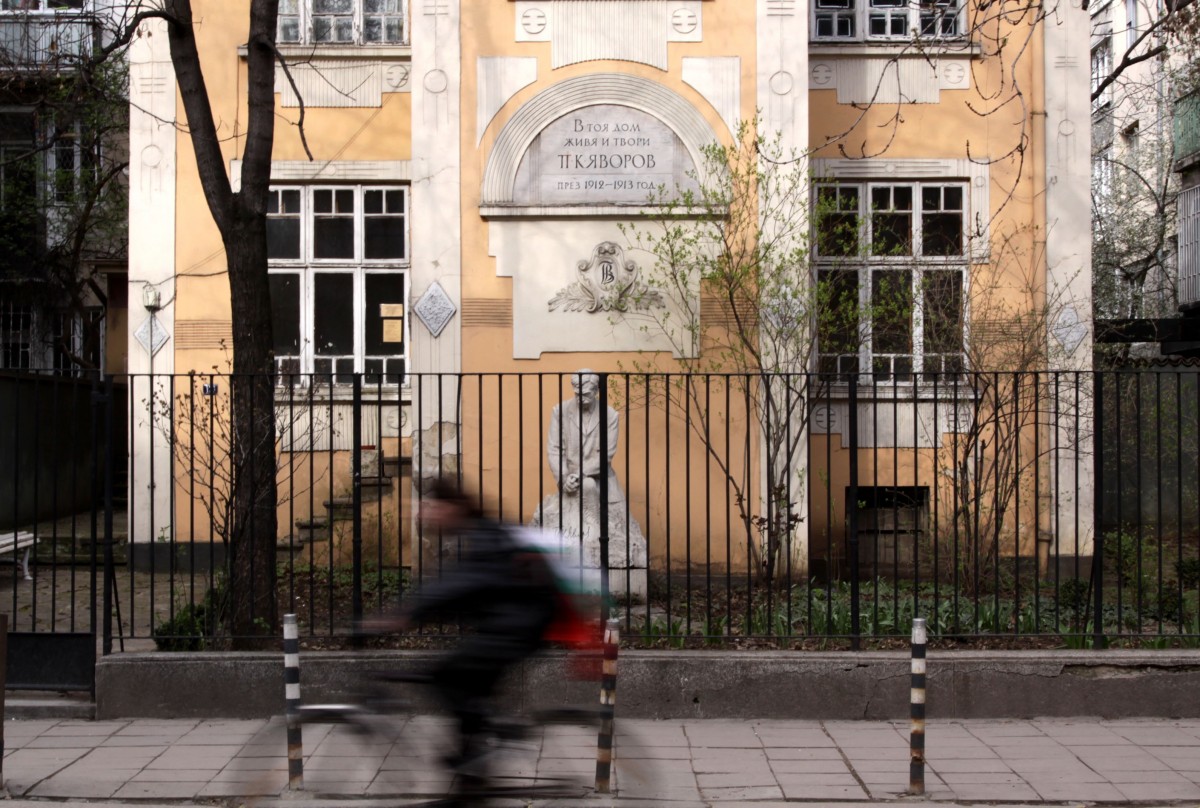 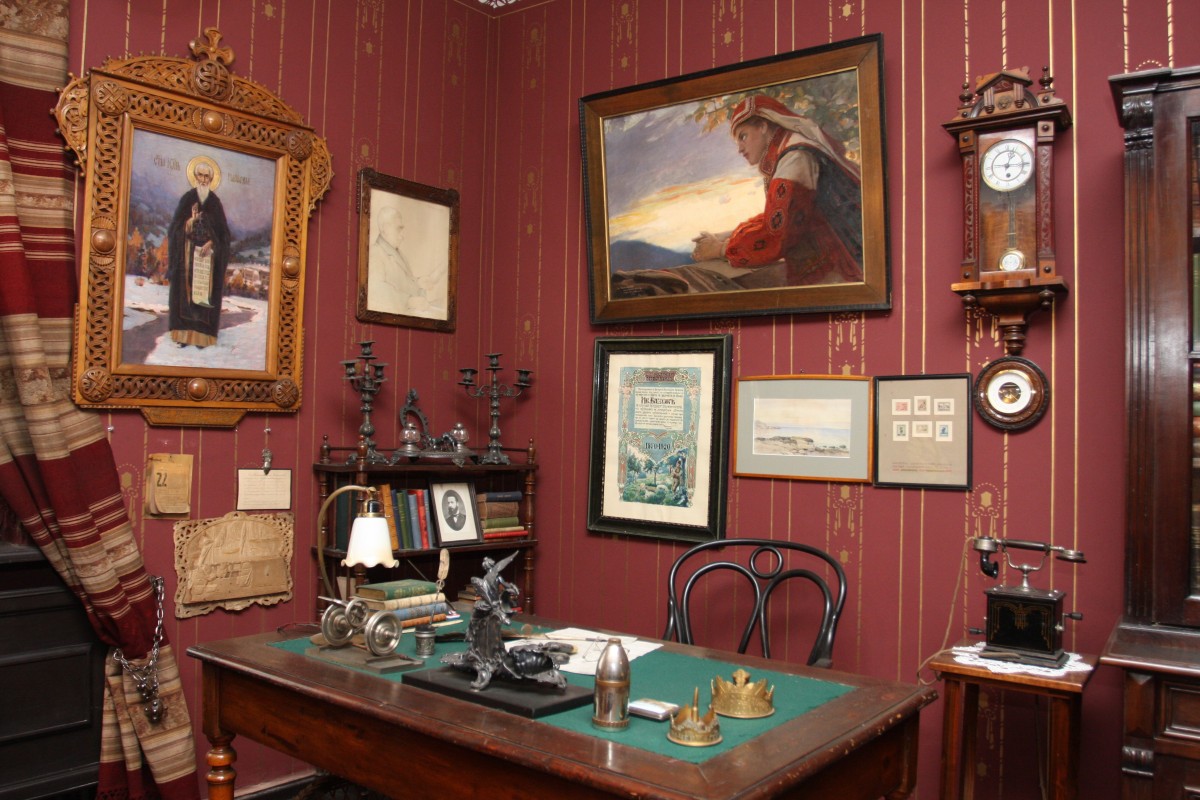 A literary walk through old Sofia: the houses of the writers

I grew up in a small apartment with a large library. Numerous books occupied every vacant space, as well as a wall of the corridor. The books were a permanent resident of our home. Now, however, I close the door to my native home because I have prepared something more exciting: a literary walk through Old Sofia. The stops will be the houses of several famous Bulgarian writers.

The last home of Peyo Yavorov is a large and unpromising house on Rakovski Street near Patriarch Evtimii. A monument to the poet, rising to the ground, rose from the neglected courtyard. Whether because of the monument, the ugly appearance of the façade or the sinister scene that was played there on November 30, 1913, the house looks like not a home but a tomb. The poet lived there with his beloved Lora Karavelova for only one year - from November 29, 1912 to the afore mentioned night when Laura committed suicide after a scandal between them, and the poet made an unsuccessful attempt to follow her where she was blind. Since 1963, the house functions as a museum that exhibits personal belongings, valuable collections of manuscripts, original photographs, the poet's personal library, his first autographs, his arms collection. Since 2009 the house has been owned by the Masonic Lodge in Bulgaria. The site is declared a cultural monument and, by law, its owners bear criminal responsibility for damage to the building. If, however, it collapses only, all the requirements to them are dropped. Several years ago, it was reported that it was planned to make a piano bar at the place of Yavorov's house. Whether because of a sharp public reaction or for other reasons, it did not happen. At present, Yavor's house is just emptying and crashing.

The apartment of the author of the legends "Tobacco" and "Consoled souls" is located on the first floor of an old residential building in Lozenets. Two rooms and a kitchen - this writer's genius, which is recognized, issued and rewarded, has spread out in this small space. Everything in the dwelling museum to this day is authentic. You watch the "Sun" cigarette pack and you have the feeling that Dimov has gone for another box and he will come back now. There is an impressive library of over 2500 volumes in the writer's museum - from the novels that entertain his character Irina to encyclopaedias and textbooks of anatomy. A deeper insight into his personal life casts the portraits of his two daughters, Sibila and Theodora. Instead of household electrical appliances and utensils, in the kitchen of Dimov, who, besides a beloved writer, was also an excellent vet, the visitor discovers flasks, test tubes and tripods. In the former bedroom of the writer are kept the most valuable treasures - his manuscripts and books translated into more than 30 languages.

The ordinary gray façade of the two-storey house, located between the streets "Ivan Vazov" and "Rakovski", does not reveal that the author of "The yoke" lived for a quarter of a century. After changing several rooms on Vitosha Blvd., Solunska Street and Gurko Blvd., Ivan Vazov decided to build a house on a plot inherited by his uncle. In the beginning of 1895 the writer signed a mortgage loan and by the autumn of the same year he raised a two-storey house, where he lived until his death in 1921. In 1926 the house became the first Bulgarian literary museum. Elin Pelin has been his curator for 20 years. The museum was affected by the bombing of Sofia on March 30, 1944. Fortunately, all the property was pre-seized in a safe place. The house was restored and reopened as a museum in 1950. On the first floor of the Vazov's House is preserved the chair where the writer sat during his last lunch. On the second floor is the office of Vazov overlooking Vitosha, as well as his bedroom with the unchanging notebook on the bedside table. In the living room, pointing to Rakovska Street, Vazov welcomed Konstantin Velichkov, Prof. Ivan Shishman, Evgenia Mars and other intellectual friends. On October 24, 1920, Ivan Vazov from the balcony overlooking Rakovski Street received the congratulations on his 70th anniversary and his 50th anniversary. From there, fans of the popular poet passed by the news of his death.

If you want to see the feathers with which Petko Slaveikov has written poems, as well as the homemade coffee maker, welcome to the house museum at 138 "Rakovski" Str. In the property of the granddaughter of the poet Svetoslava Slaveikova is recreated the atmosphere of the old Turkish house with a large yard that Petko Rachov Slaveykov bought at the end of 1879 when he settled with his family in Sofia. It was located in Cafe Bases Square, the current Slaveikov. In the literary museum, opened in 1951, about 80,000 pages of manuscripts of father and son Slaveikov, including the Ralitsa poem, and their personal libraries of over 2,000 volumes were stored. At the writer's home is the wooden table on which the Turnovo Constitution was signed. Embroidered handkerchiefs, leather gloves and silk scarf are among the exhibits preserving the memory of the love between Pencho Slaveikov and Mara Belcheva.

On the fourth floor of a residential building on "Angel Kanchev" 37 is the last home of the revolutionary poet Nikola Vaptsarov. In it Vaptsarov lived with his wife and his brother's family from May 1940 to March 4, 1942. In this house Vaptsarov combines his two main activities - he wrote some of his best poems and organized his conspiratorial anti-fascist activity, for which he was arrested on 4 March 1942 10 years after the tragic death of the poet his relatives donated the dwelling to create a museum. It is open to visitors on May 6, 1956. The museum houses most of the archive of Nikola Vaptsarov - notebooks, manuscripts and photos from his school years, his personal library, translations of his poems in more than 30 languages, many from his personal belongings, as well as a rich collection of portraits and illustrations of Bulgarian and foreign artists. The World Peace Prize, awarded to Vaptsarov after 1952, is preserved here. If this text has woken you the desire to take a real tour of the houses of your favorite Bulgarian writers and poets, you should know that this is done with a preliminary agreement on phone. Contact: http://nlmuseum.bg/. The National Literary Museum also offers great virtual walks.