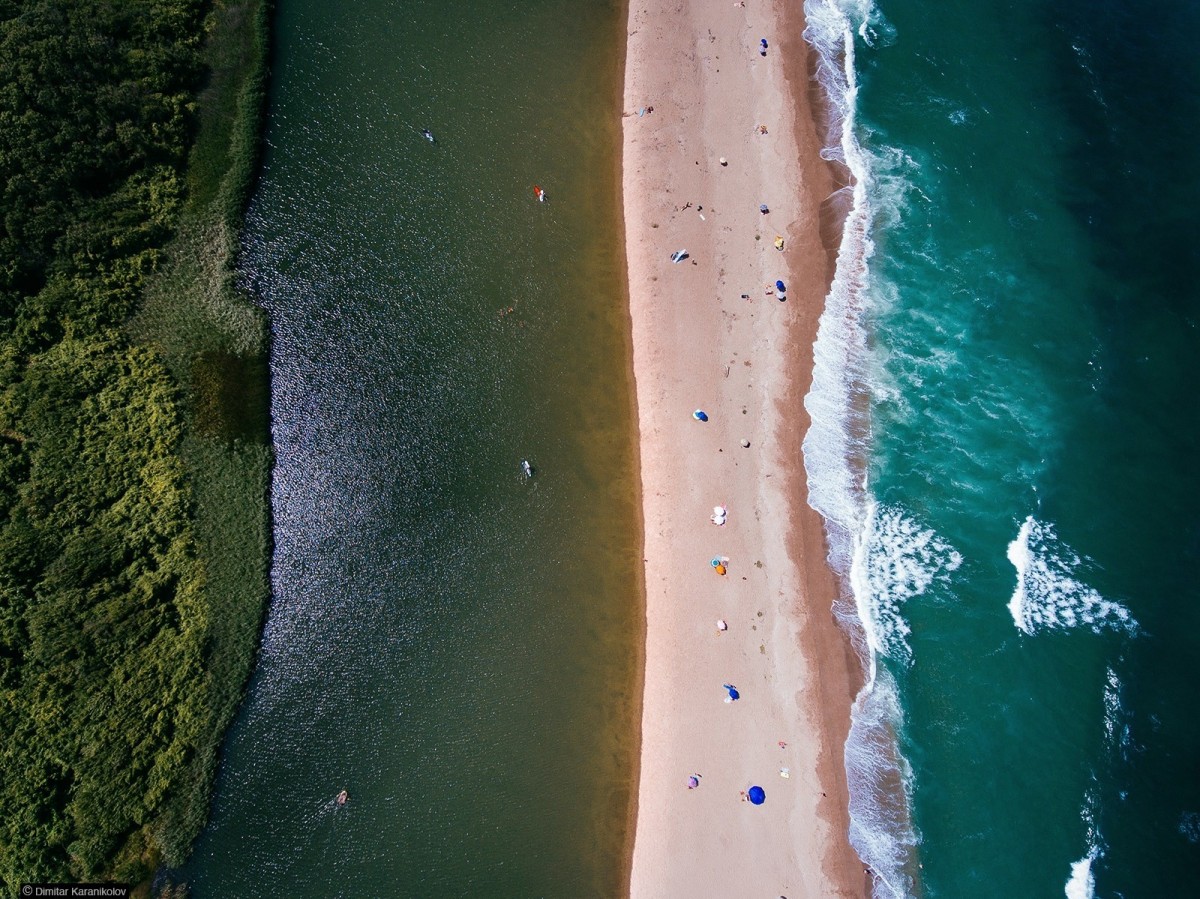 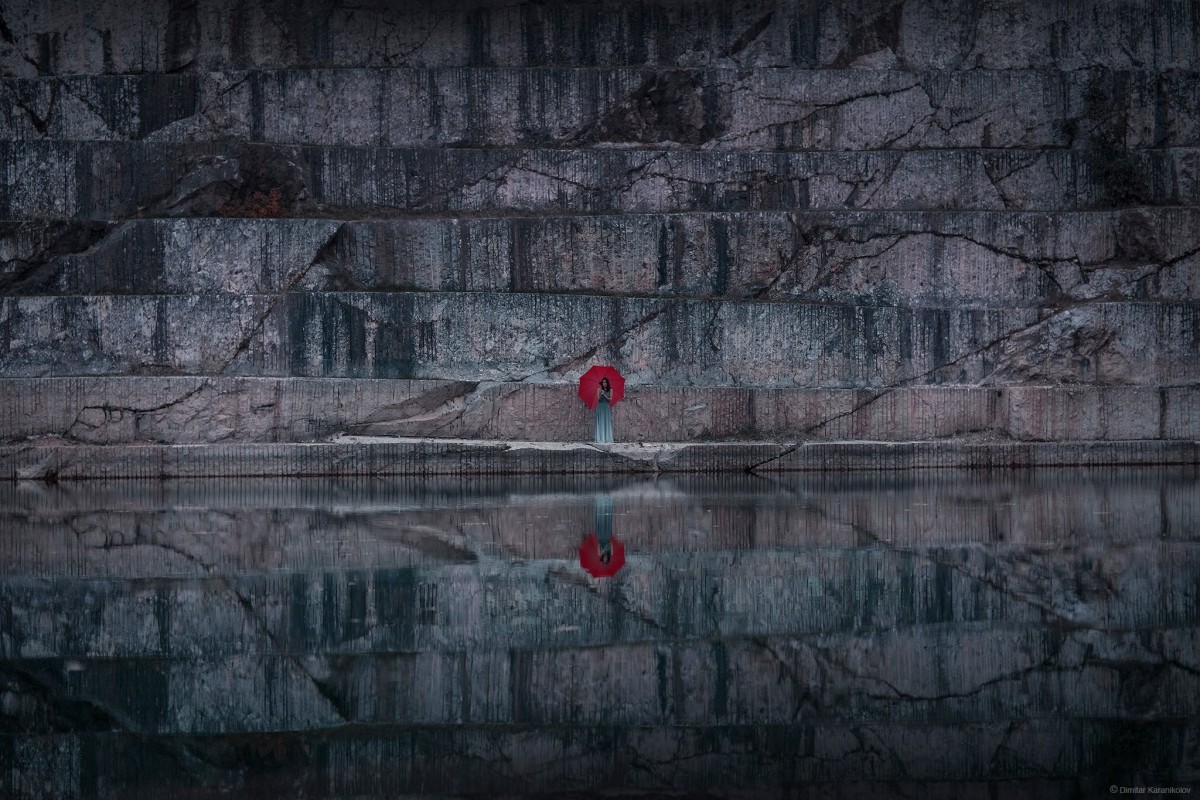 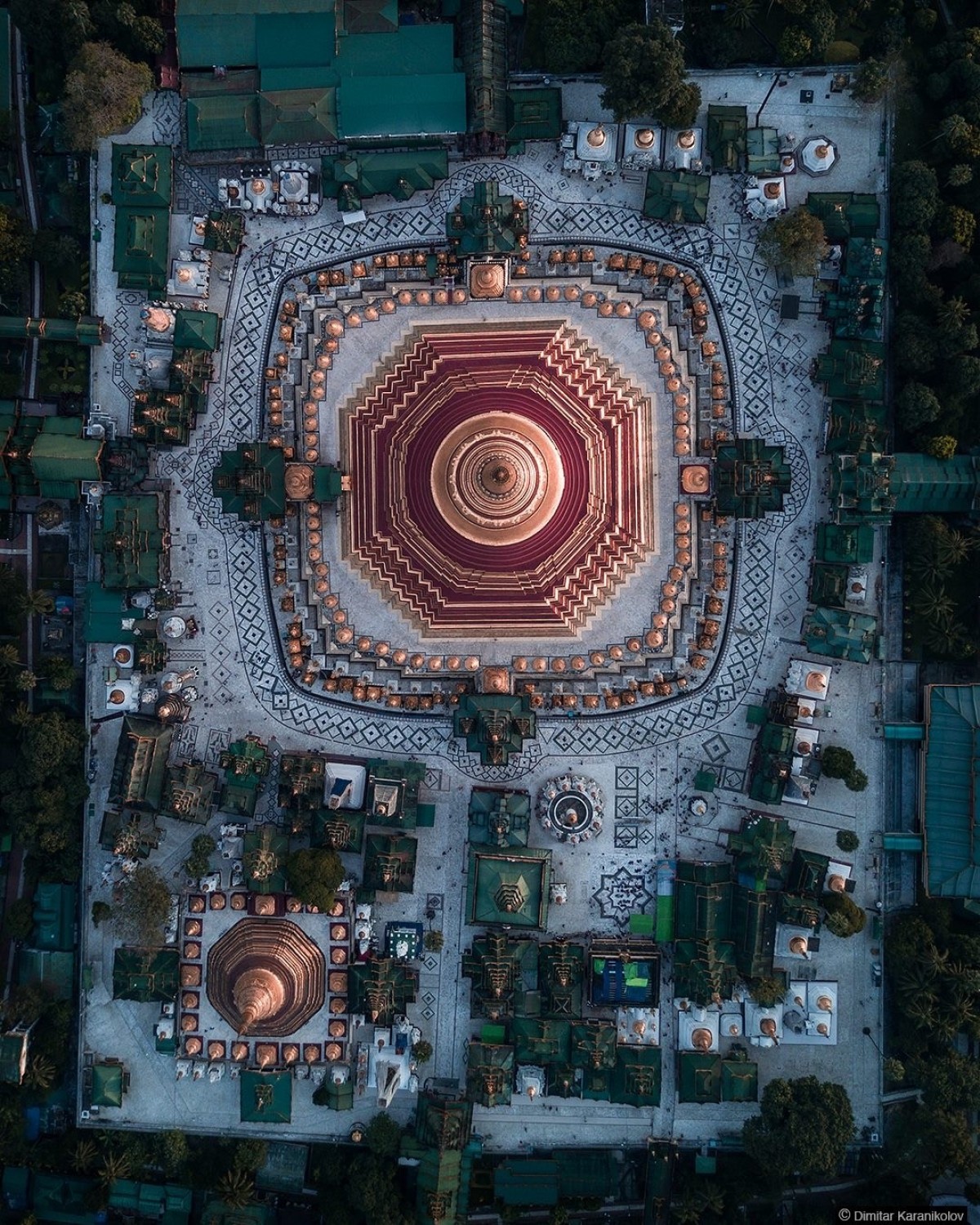 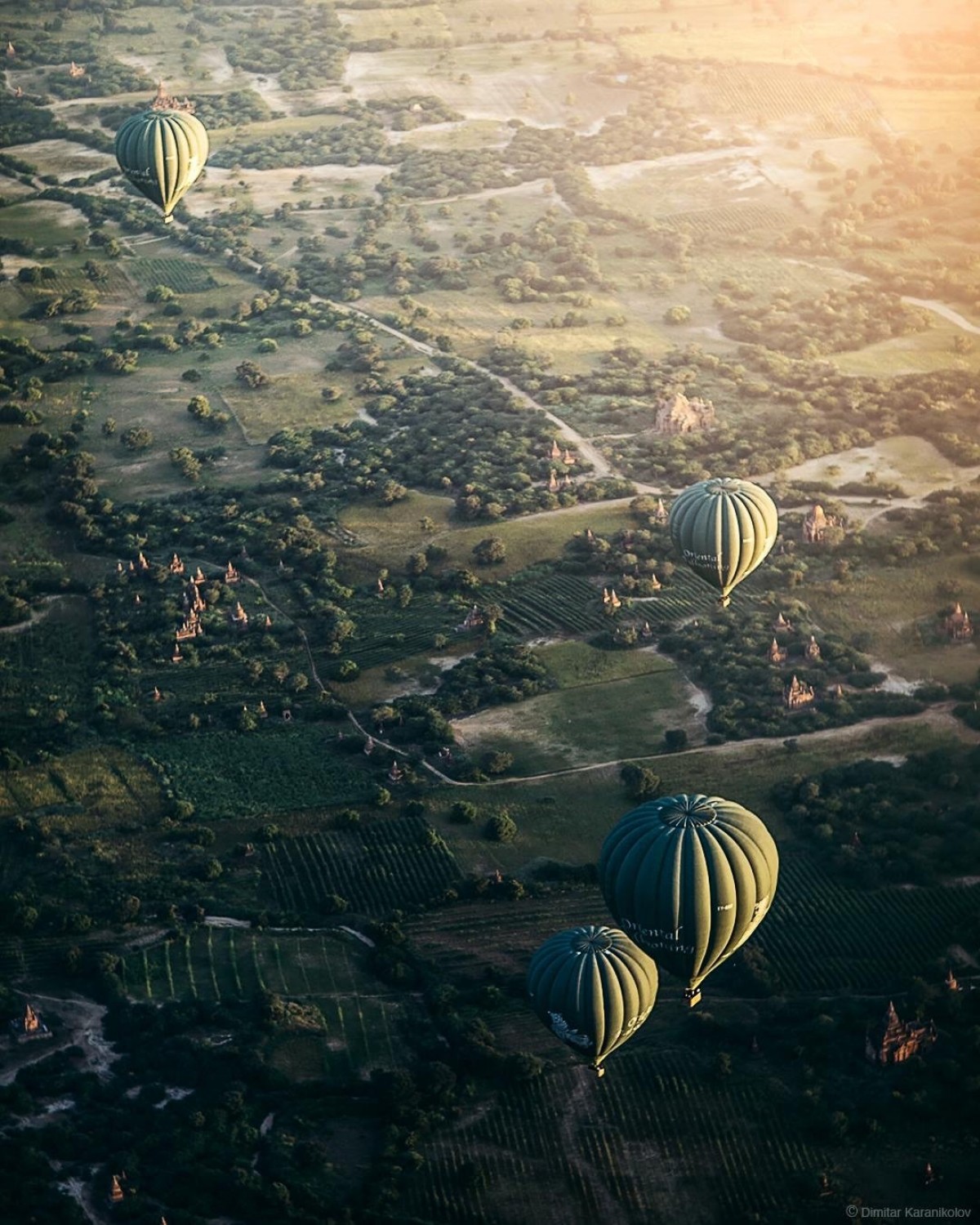 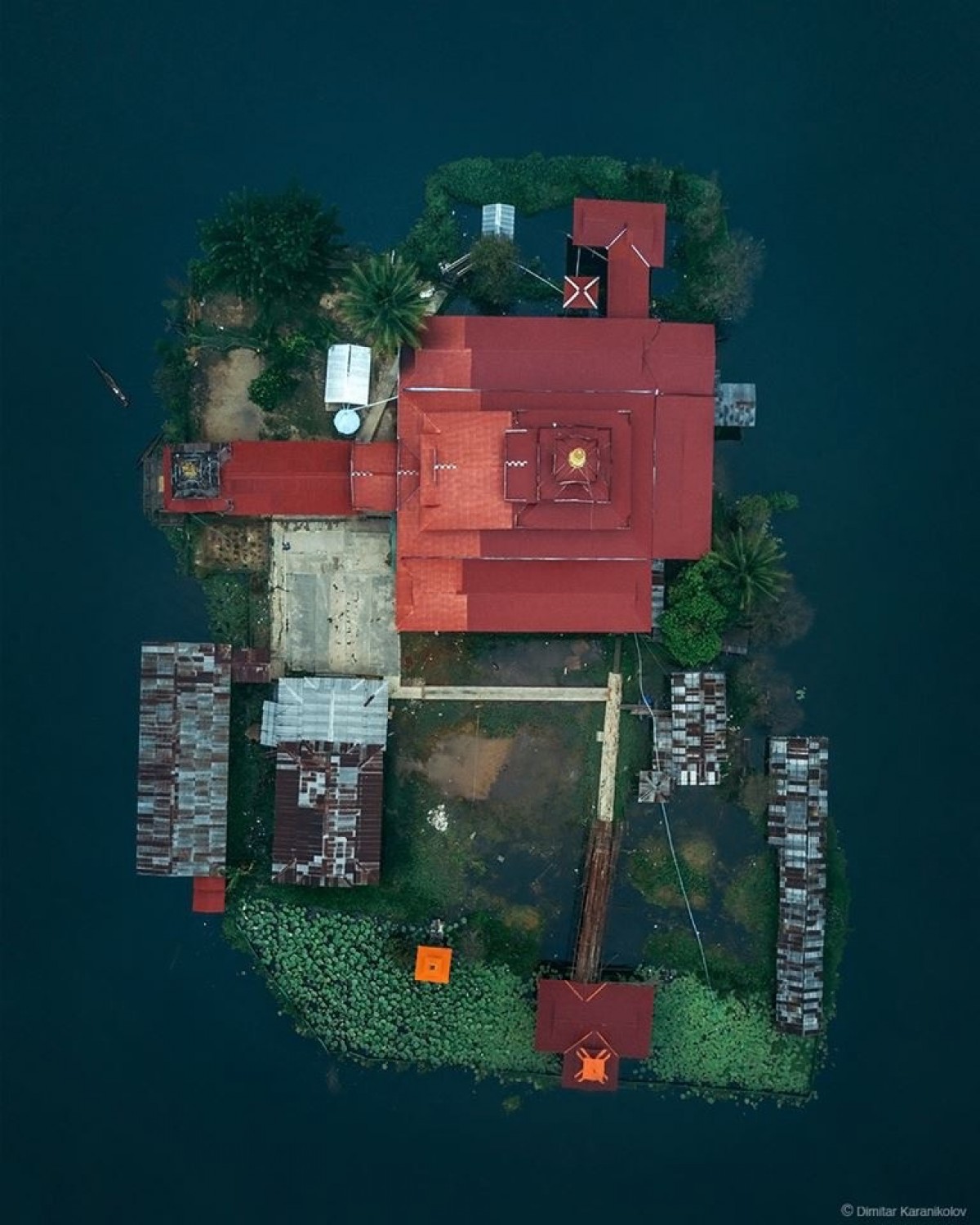 Through the lens of Dimitar Karanikolov

Dimitar Karanikolov is an interesting person who intrigued us with his talents and his various interests. He is an architect who creates computer visualizations of buildings to be built. Some time ago, in our magazine we presented some of his projects and told you about his passion for photography. We meet him again to look at his perspective in the footage of his latest photographic expeditions.

After the interesting meetings in Mongolia, which we remember from your first photographic exhibition, what was the trip that impressed you the most, and why?

Last November, I was on a photographic trip in Southeast Asia where one of the destinations was Inle Lake in Myanmar. I did not even know that there was such a place before I got there - an orga- nously shallow lake with dozens of village settlements and floating gardens. Extremely interesting and grateful for aerial footage. Myanmar (Burma) opens to the world only in 2011, and is still unknown and not so overcrowded with visitors.

How do you choose the destinations you travel when you shoot?

Almost every kid in the world has already been reached, explored, described and photographed. It's hard to be a traveler in 2017. - we are all tourists! In this sense, the abandoned Rhodope villages in Bulgaria are much more interesting than the Ankor Wat Temple in Cambodia, where thousands of "photographers" pass the day and shoot the same frame, the same sunrise and reflection from one particular position. With cheap flights and affordable photographic techniques, trail photographers remain less and less authentic destinations. The nice destination is a mix of interesting nature, indigenous locals and luck.

Which one intrigues you most as a subject to capture when you arrive at the place you're going to shoot? What do you want to capture through your lens usually?

I definitely prefer portraits rather than landscapes. Ideally, it will be an environmental portrait where the focus is on the person, but it also shows where he is and how he lives. A portrait that tells the whole story. A frame is much stronger for me if there is a human presence, even if it is a small silhouette in the distance, landed on the edge of a rock, for example.

Which of your shoots do you like best and how do you explain it?
My audience at Instagram is more international and likes footage from any destination and any topic, while Facebook is mostly Bulgarian and likes mostly Bulgarian and Sofia executives in particular. This is understandable - people react more strongly to things they know. However, I avoid doing and publishing pseudo-patriotic footage such as Nevsky at sunset or Shipka peak with a flagship flag, although most likely they will be the most popular. There are hundreds of similar pictures and I just do not like to repeat what has already been done many times. Lulin's panel blocks, shot by Kopitoto for me, have a much stronger vision.

Does your desire to shoot motivate your travels and how do you imagine the "experience" in one place without the opportunity to shoot it?

Good question! Sometimes a person wants to shoot and take away everything with them, and there is no time to enjoy the moment through their own eyes, but they look through the camera's viewfinder. But I can not imagine being in a beautiful place and not trying to shoot it. Still, the balance must not be an end in itself, but the experience itself is also important. When considered, the most interesting encounters and stories in most cases remain hidden behind a frame.

Which is your next destination or project that intrigued you?

Vietnam - January and Namibia in April. I'm also thinking of Antarctica before shopping malls have appeared.

Which of the techniques you capture most with you and is there technology and resources in the past photography you would like to shoot?

I shoot with everything I find: DSLR, mirrorless camera, 360 camera, dron, experiment. Rather, I'm waiting for a future technology to make the cameras and lenses much smaller and lighter but of the same quality because I'm tired of traveling 16 kilos. back technique.

In what context do you see your photos in a home, building, and urban environment?

If a year ago your pictures captured your architectural approach to photography, now we are seeing more and more people coming into your lens. What's your picture right now?

Yes! Before I loved to photograph more architecture, abstract forms, compositions and nature. Then photography and portraits, and lately street photography, "casual", rather "stolen" urban cadres in which there are intriguing actors and storylines.

What would you represent at your next exhibition?

I have some ideas for future exhibitions, but I need to get more material. I would make an exhibition of footage only with clouds from different destinations.