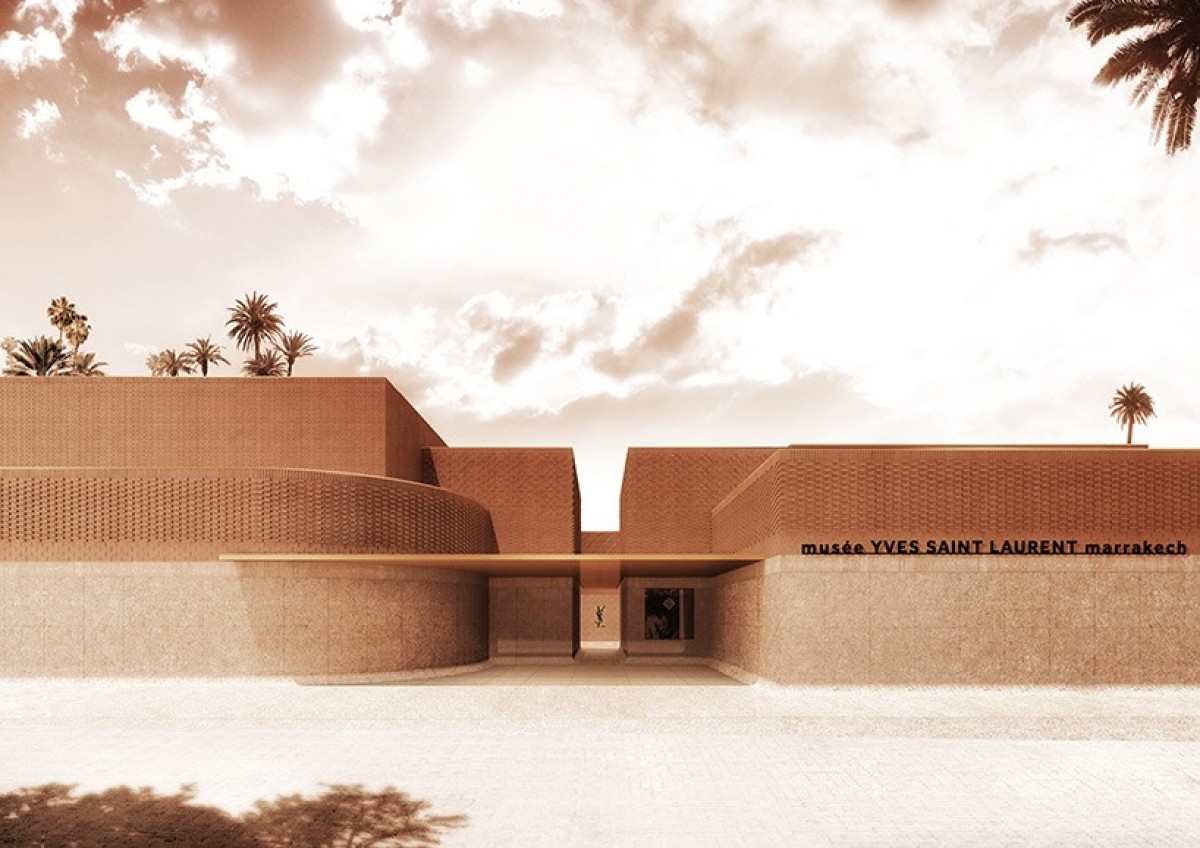 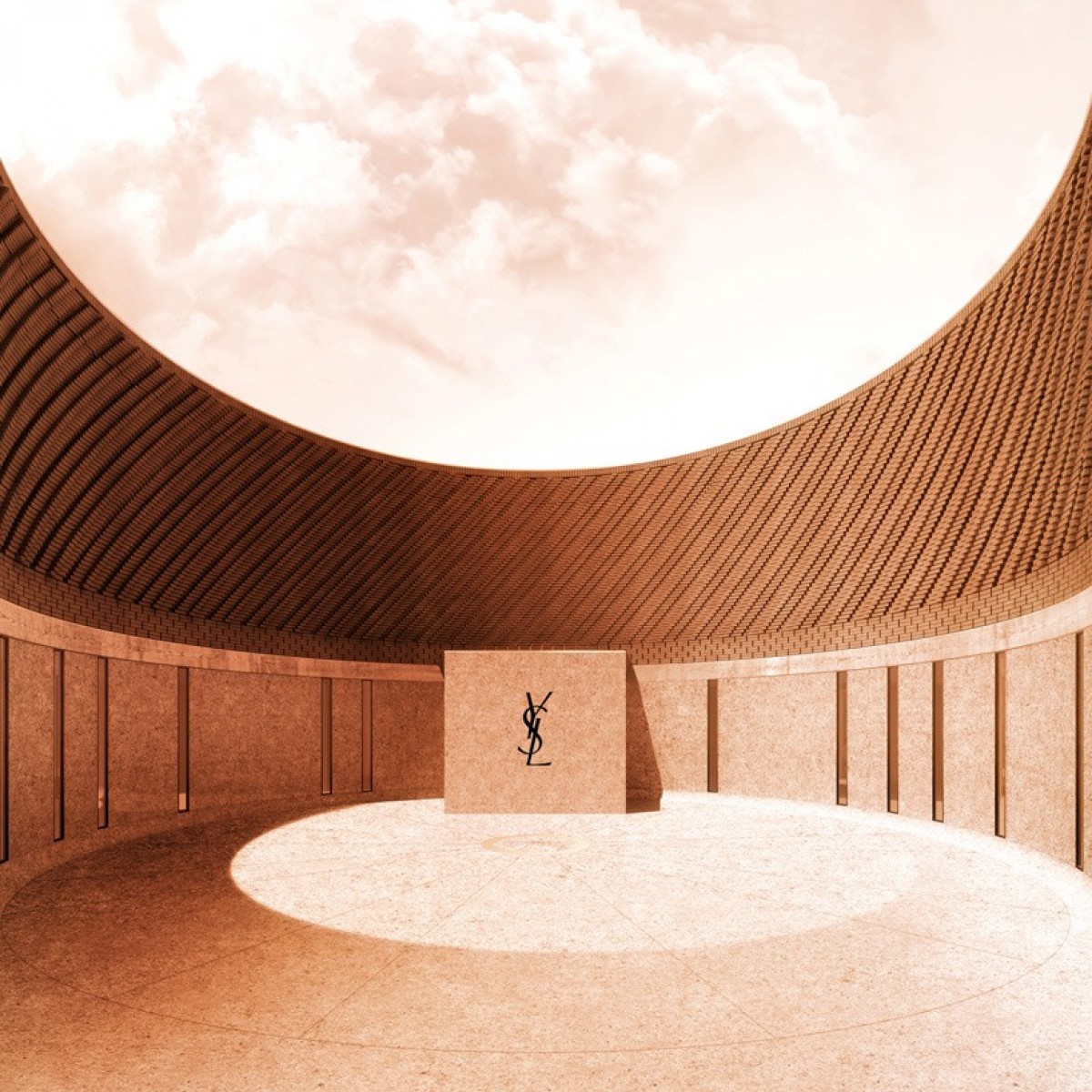 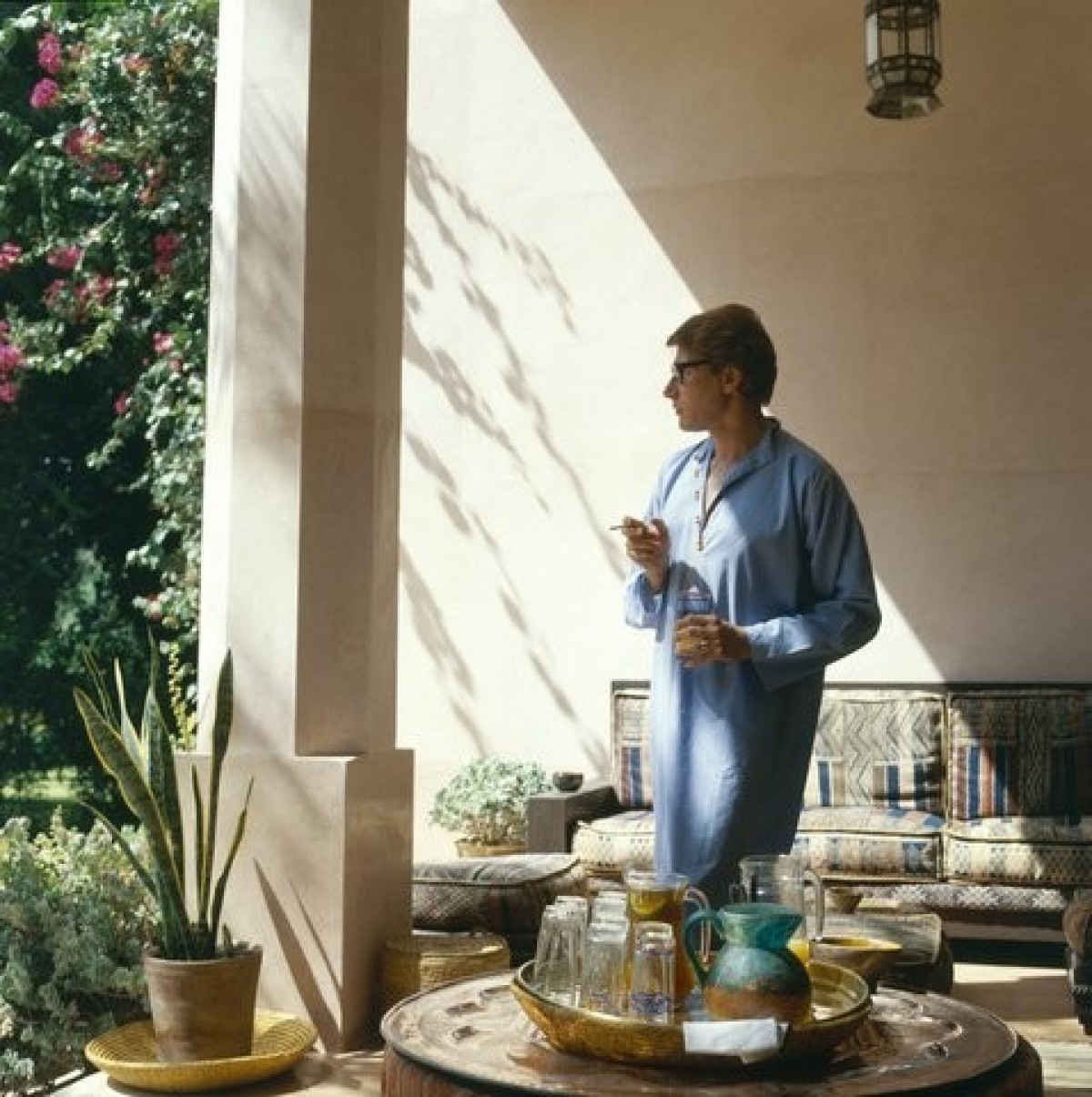 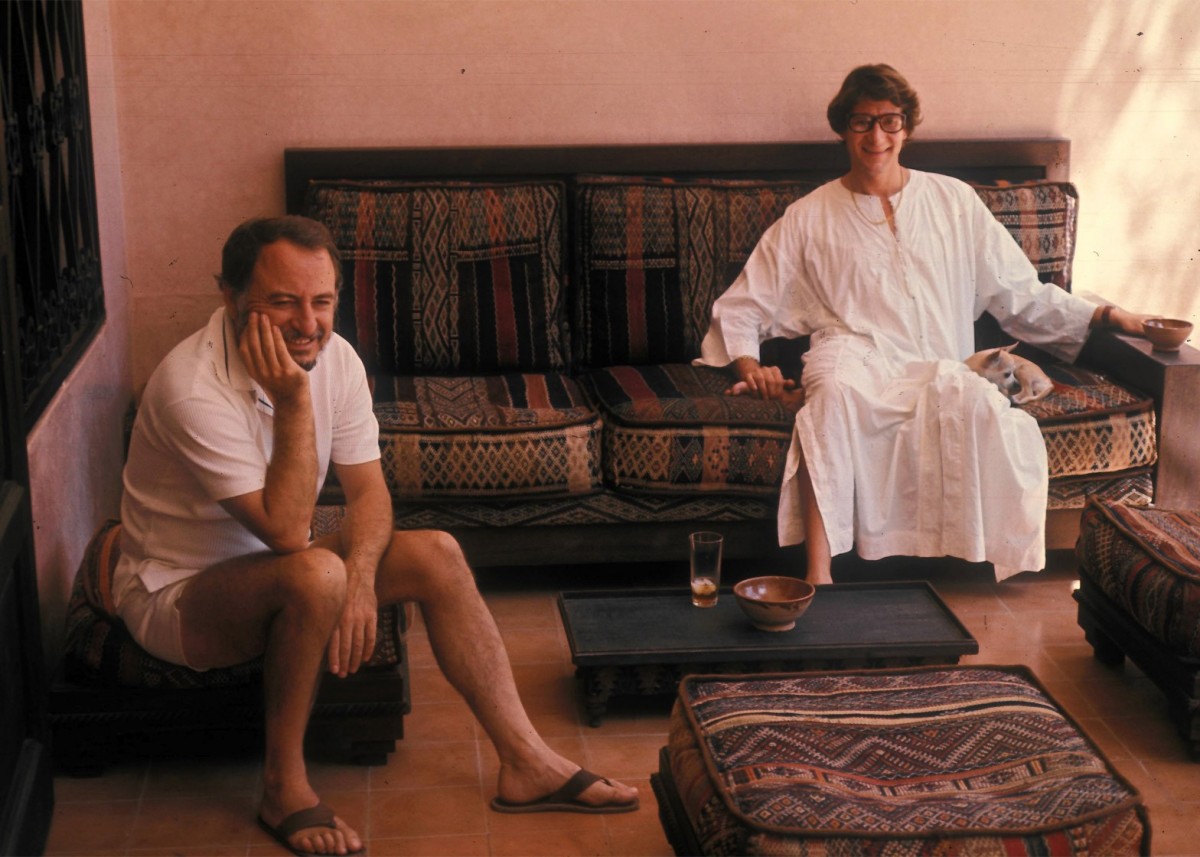 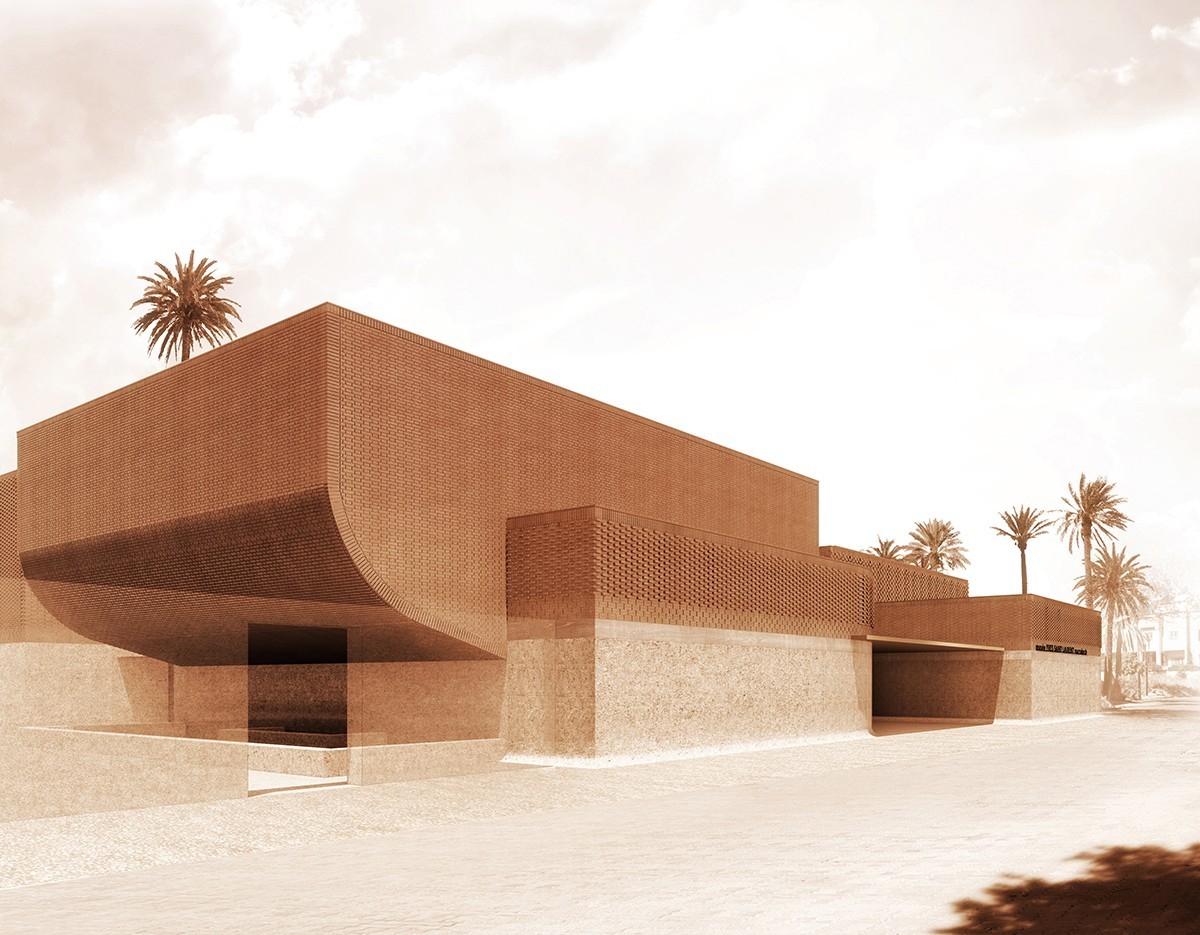 In 1966, Yves Saint Laurent discovered Marrakech’s splendor and got so excited by the place that he bought not one, but two houses, where he regularly returned to. It is completely natural that in the city where the ashes of the designer are spread, a conceptual museum dedicated to his late work, heavily influenced by Marrakech, will be opened. The museum will open its doors in autumn 2017, thus marking 50 years since the fashion genius set his foot in the Rose city for the first time. The idea of creating such a place comes from the Pierre Berge – Yves Saint foundation which has been collecting the designer’s archive for more than ten years.

“In Paris, Yves Saint Laurent was very famous, but in Marrakech people didn’t know him and didn’t stop him on the street. It was wonderful there”, remembered Pierre Berge who was a longtime partner of the designer. He recounted that in Morocco Yves had been fascinated by the way in which women wore kaftan and other beautiful clothes. “Marrakech shaped his talent”, Berge was positive. Somewhere amidst the numerous parties in the bohemian kingdom, Yves Saint Laurent started his alcohol and drug abuse, but we couldn’t possibly blame the city for it.

Yves Saint Laurent’s museum in Marrakech (mYSLm) will be full of treasures – 5,000 clothing items with the YSL initials on their tags, 15,000 haute couture accessories, as well as tens of thousands of sketches and pictures. Among the exponents will be clothes from the 1965 YSL autumn – winter collection which was inspired by Mondiran’s geometric paintings, as well as the iconic ladies tuxedo which revolutionized the ideas of women’s fashion in 1966.

The museum building, which will extend over 4,000 sq m, is a work of the French architectural studio KO. They share the passion for Marrakech, as well as YSL’s clean style. On 400 sq m, there will be a permanent exposition of the legendary designer’s works, with an original scenography created by Christophe Martin. 150 sq m are provided for temporary exhibitions. The place will also include a hall with a capacity for 130 people, a bookstore, a restaurant with a terrace, and a library with over 5,000 books.

The building’s facade will consist of Moroccan bricks arranged in a way that resembles strands of a fabric. The interior will resemble a dress which has passed through Yves Saint Laurent’s hands – brilliant, soft, and smooth.

If you are fascinated by Yves Saint Laurent’s beautiful clothes, but Marrakech is not in your vacation plans for next year, write down the following address - 5 Avenue Marceau. At the same time – September 2017 – on this Parisian street, another museum of the iconic designer will be opened. The headquarters of the Pierre Berge – Yves Saint foundation is currently being renovated in order to open its doors to lovers of haute couture in the autumn of next year. The idea is the building to return to the look it had in the 30s when Yves Saint Laurent used it as an office and atelier.

More than 20,000 haute couture clothes will welcome the visitors in the designer’s Parisian museum. Walking around the former fashion salons, the guests will have the opportunity to feel Yves Saint Laurent’s creative process, the foundation promises.