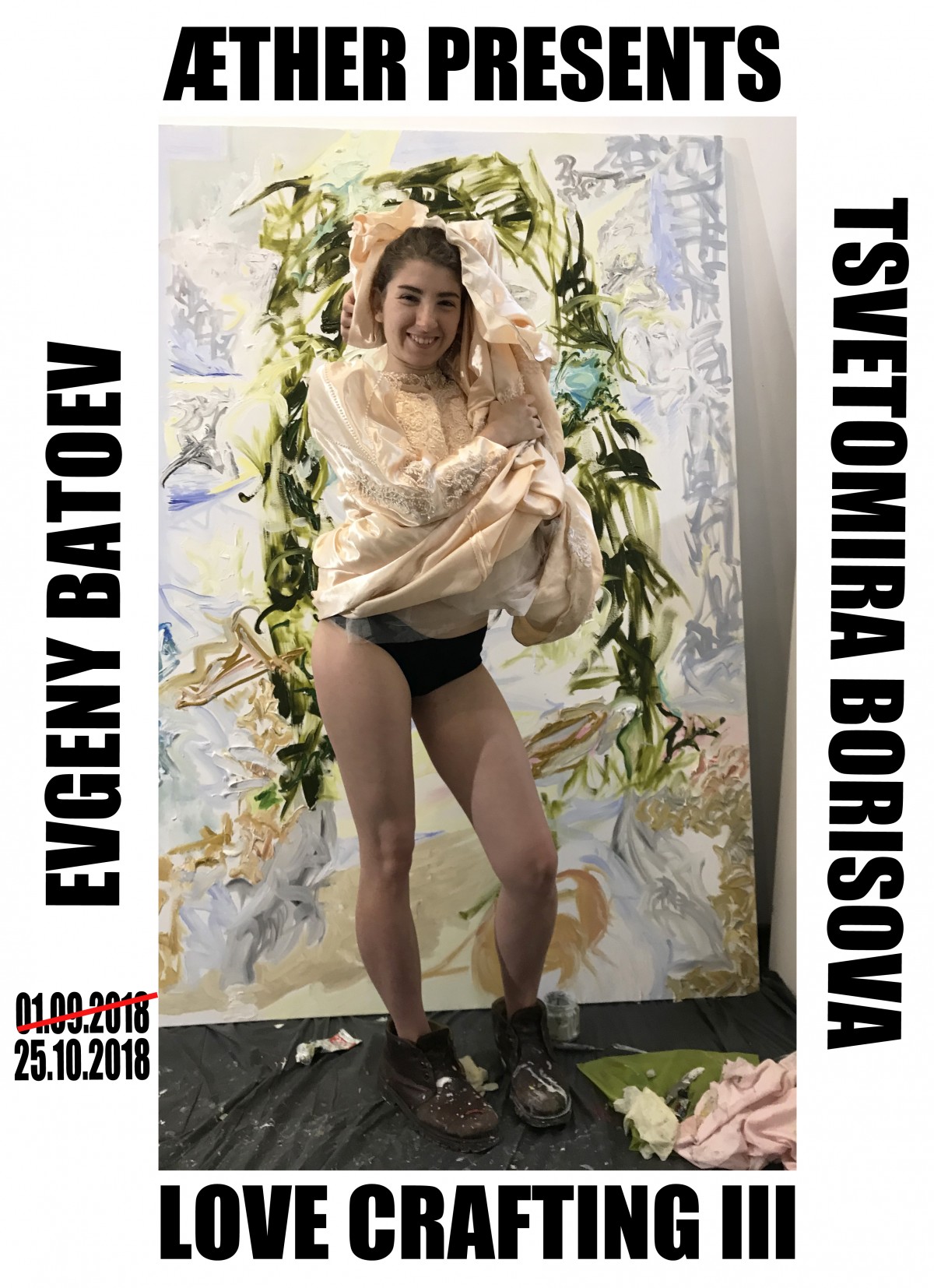 Æther will bring to you the outcome of two months residency by two Bulgarian artists-Evgeny Batoev and Tsvetomira Borisova.
The contextualisation of the show is created under the umbrella of the space's initiation and experimental platform Love Crafting, when this is its third edition.
Usually 2 artists (couples) are asked to create a work together for the space.Here the situation is slightly different, but the outcome -in dialogue.
During their stay and work at Æther, on my occasional visits at the space, the artists confided on me the fact that although they work at different times their art, the works had started to communicate and influence each other.
In the morphic field this interconnectivity is inevitable and yet a source of surprising effects and new horizons.
Vast and dense movements, thick layers and imaginary,forming a forthgoing abstraction, formal at times, depictions of signs and figures, but before all- a wild imagination.
Desire unfolds before us, putting a landmark on the idea of love game and renders art as such.
The deconstruction element is present all the time, as it rubs the edges of the validity of representation of both visual and imaginary sphere.
Both artists allow themself to expand and follow their drive, while engulfing and expanding spaces reveal, reducing the cosmos into the at times to 3 meters frames.
Tsvetomira Borisova is born in Sofia in 1991 and have studied ceramics at the New Bulgarian University.
Evgeny Batoev was born in Sofia in 1988,but grew up and graduated in London. He studied 2006-2007 Architectural Association's School of Architecture and 2008-2011 Slade School of Fine Art.
The art critics determine him as a discovery on the Bulgarian art scene. Accоrding to the art expert Vesela Nozharova, Batoev’s art is untypical for the Bulgarian reality. She describes him as an author that intuitively expresses а Bulgarian abstraction. “With the presented paintings, Batoev takes a technological step towards the classical white canvas with creations that carry a more densely artistic and responsible approach.”
Evgeny has just moved back to Bulgaria and had already 2 solo shows in the capital.